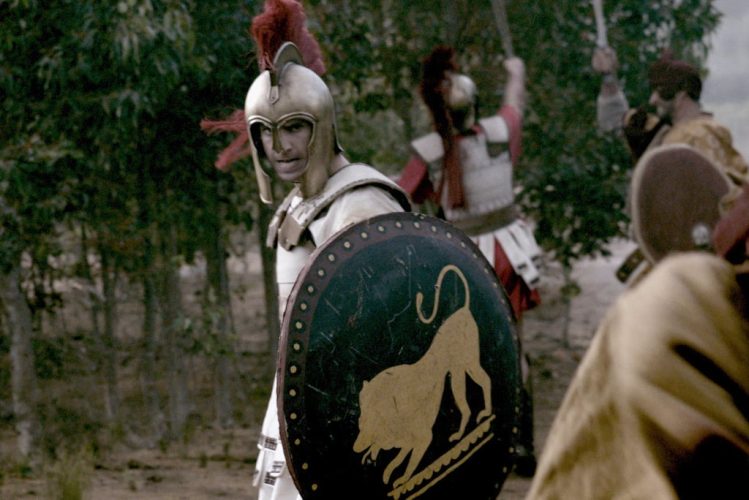 From the looks of it, Max Serio had started out with big ambitions for ‘Empire Games’ when it premiered. It cannot be denied that the premise of the show was nothing particularly novel, and standalone documentaries on past empires and civilizations abide with great archival merit and edutainment quotient – Netflix or not. Where the show tried to stand out was in being an anthology series of sorts. The creators of ‘Empire Games’ wanted to highlight the rise of empires and how they came to power, their rivals, blood oaths, and politics. However, the show was ultimately doomed to be disparaged by the critical audience because of its uninspiring narration and sleuth of issues from pacing to production value.

Empire Games Cast: Who is in it?

Jim O’Brien is the narrator of Empire Games. He is a well-known actor who has portrayed various characters in esteemed films like ‘Lethal Seduction’ (1997), ‘The Bold and the Beautiful’ (1987) as well as ‘Fluffer’ (2001). Of course, a docu-series is rarely a one-man show. ‘Empire Games’ takes the familiar resort in opinions and comments from scholars and field experts – be it Massimo Betello, Dr Vennarucci, or Paul Gareth Gwynne.

While the mettle of Jim O’Brien is beyond dispute, chalking up a potential season 2 will not be a cakewalk for the producers, as the audience contention has not been favourable to how the narration is handled – i.e. the strange decision to go for an active-voice narration did not sit well with a sincere audience. After this abysmal turnout, it is too early to say with any certainty whether Jim O’Brien will return at the helm as the narrator – if there is ever to be a second season, that is.

Empire Games Plot: What is it about?

‘Empire Games’, at its core, tries to capitalize upon the political intrigue that underpinned major empires and civilizations in history. Each episode will focus on one such empire in a particular time-frame, with a special interest in the famous historical figures, and attempt to investigate personal vendettas, acts of vengeance, the political intrigue of the families, family mayhem as well as the ever-evolving tension that changed these civilizations. The overarching motif is a cliche of absolute power that brings absolute corruption — wherein the show tries to expose what led to the destruction of these empires in the first place. The series also shows dramatic re-enactments as well as interviews with scholars that dig up the past of the old empire.

To exemplify, the pilot episode deals with the Roman empire starting from Julius Caesar’s reign. This right away gives away certain principles that the show embraces: rather than a PBS documentary’s accuracy, it attempts to make the entirety of the series a fast-paced dramatized and simplified account of the passage of history. The micro-details may very well fall in line as accurate tidbits, interesting morsels of knowledge, but the show limits itself to being ultimately just that: a simplified account that tries to sprinkle the spice of intrigue thinly over it.

After the expected antics of Caesar, the Senate huddling against him ideologically, and on to the familiar ‘et tu, Brute?’ as Caesar breaths his last, the narrator moves on to the journey of Caesar’s nephew, Augustus Caesar, and then on to Caligula’s reign – what role he played when the Roman Empire came to an end after the fire. An episode such as this might sound great on paper, but it falters in execution. As the pundits will tell you in unison, ‘Empire Games’ crams too much history into 49 minutes at a time, and this puts a rather immense strain on the production quality.

Empire Games Season 2 Release Date: When will it premiere?

‘Empire Games’ Season 1 premiered on October 5, 2018. The general consensus on the debut season of the show seems to like it to a late 90’s low-budget History TV show – which, to be euphemistic, does not paint a particularly endearing picture. Other than the awkward pacing of the show in general and the unappreciated narration, the series also suffers from major production issues. The translation lines handed out to O’Brien to substitute for the non-English speaking duo of experts seems to be more salacious than necessary, and make the show feel cheesier than it already is.

However, this is not to discredit the show’s one strong point: it does have a promising premise, and a second attempt at it could make things right. Whether or not this redeems the show enough for the producers to give it another go remains to be seen. So far, we have no official announcement on the renewal of the show. If we do get any news regarding ‘Empire Games’ Season 2 release date, then we will update in this section.

With no news of renewal surfacing so far, and the general uncertainty regarding a new season, given the negative ratings, ‘Empire Games’ has not put out any promo material to signal a new season yet. This means that we have nothing in terms of trailers or teasers for season 2, and fans of the show will have to wait for further announcements from the original makers of the series. However, you can watch ‘Empire Games’ Season 1 trailer here.