Enola Holmes Sequel: Everything We Know 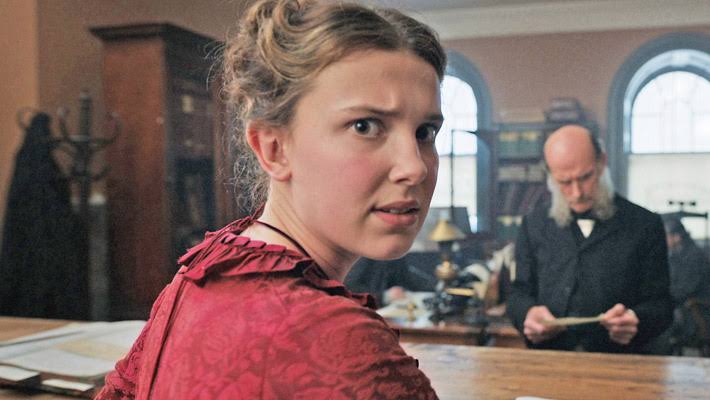 Netflix’s ‘Enola Holmes’, adapted from Nancy Springer’s ‘The Enola Holmes Mysteries’ series, has all the earmarks of a fan-favorite and critical darling rolled into one. The film chronicles the adventures of enterprising detective-in-the-making Enola, sister to the awe-inducing Sherlock Holmes; while doing so, it also succeeds in delivering stirring commentary on feminism and female empowerment. With its family-friendly posturing, vast potential for world-building, and already beloved characters, ‘Enola Holmes’ is practically made-to-order franchise material. What’s more, Springer’s ‘The Enola Holmes Mysteries’ has, to its name, a litany of subject matter; Springer has published a series of 6 meaty books, of which 5 still remain to be cinematically adapted. A sequel, it seems like, is not a question of ‘if’ but ‘when’. Here, we explore the nitty-gritty of ‘Enola Holmes 2’ for you.

Enola Holmes Sequel Release Date: When will it release?

‘Enola Holmes’ released on September 23, 2020. Critical response to the film has been gushing. If public reaction is tantamount to critical consensus, the makers of ‘Enola Holmes’ will likely proceed with a sequel, all guns blazing.

However, COVID-19 has, thus far, sunk its claws into most Hollywood productions, big or small. If the pandemic continues to rage, the production of the sequel may inadvertently end up being affected. To make matters worse, the estate of Arthur Conan Doyle has filed a copyright infringement suit against the makers of ‘Enola Holmes’. The legal proceedings may also impede production.

Should a sequel be greenlit, production will likely take off only in 2021, given that this year is nearly drawing to a close. If production for ‘Enola Holmes 2’ takes flight in 2021, we can expect a release date in 2022 or later.

Enola Holmes Sequel Cast: Who can be in it?

In the event of a sequel, the heart and soul of Enola Holmes, Millie Bobby Brown, should reprise her role as the titular character. Nancy Springer’s series also sees Sherlock and Mycroft making repeat appearances in forthcoming books, which all but guarantees the return of Henry Cavill and Sam Claflin as the famed detective and genius government-employed brother, respectively. Claflin recently eagerly expressed his proclivity to reprise his role, saying that the role has allowed him to work outside of the usual typecasting he endures.

But another character’s fate hangs in the balance – that of the young Lord Tewksbury, played by Louis Partridge. Tewksbury plays no part in the second book of the series, so the makers would have to carve out a niche role for him to play. However, the movie has fleshed out Partridge’s role fairly well and developed quite the rapport between him and Enola. Despite his absence in the second book, Partridge’s part may not be done just yet. Partridge himself was eager to reprise his role, mentioning, “Towards the end of the film, he grows, he takes on more responsibility, which is kind of nice. So I’d like to see him keep some of that [and] take something from the last film and grow even more but also see his innocence and little flickers of that.”

Enola Holmes Sequel Plot: What can it be about?

Now, how to begin? The endless scope ‘Enola Holmes’ presents is indisputable. Once her soul-searching is complete and as the film concludes, Enola re-introduces herself to us, her audience, saying, “I’m a detective, I’m a decipher and a finder of lost souls.” Enola’s journey of self-discovery is complete, but she’s still raring to go. Having found her freedom and sense of empowerment, the young detective, will, no doubt be ready to take on a slew of invigorating cases.

And that’s exactly what Springer has Enola do next. In the subsequent book, entitled ‘The Case of the Left-Handed Lady’, Enola hunts for the disappeared Lady Cecily, whom she appears to have a strange, soulful connection with. But hot on the heels of Enola and Lady Cecily is also a murderous villain. Will Enola outwit the villain and rescue the Lady? There’s only one way to know – keep our eyes peeled and ears to the ground for a sequel!