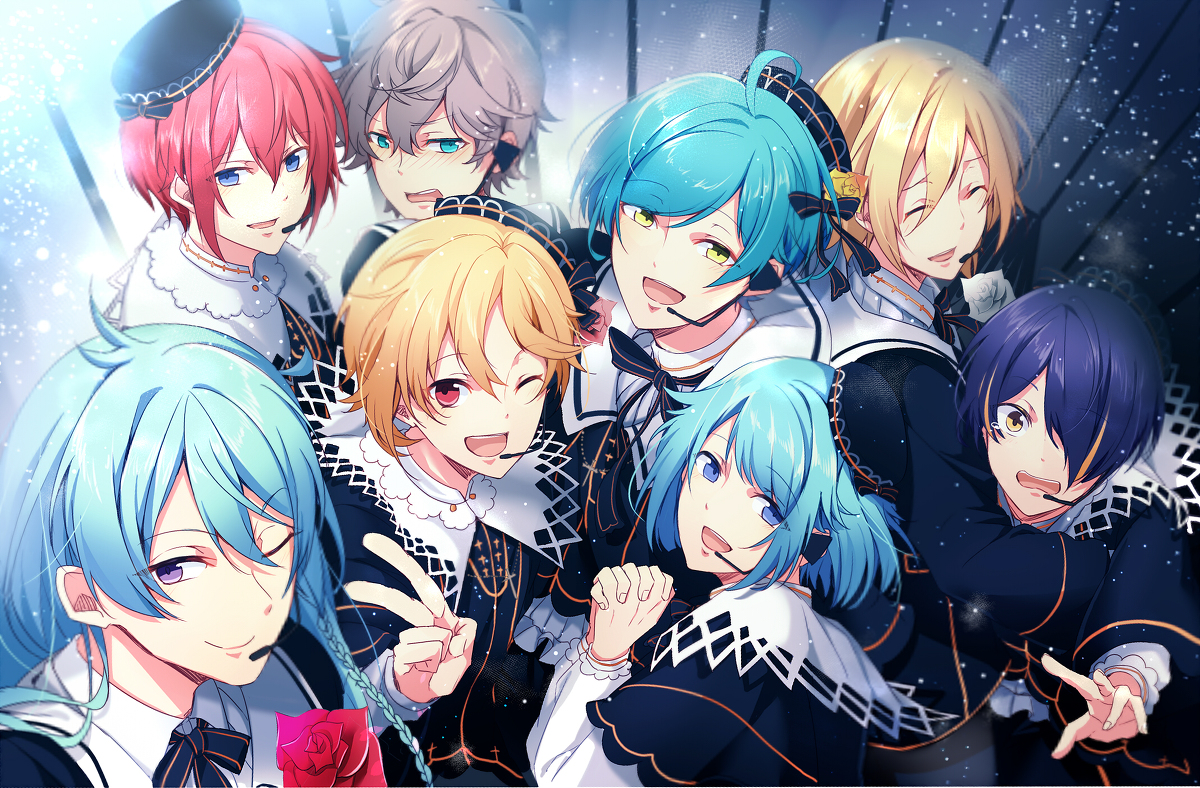 ‘Ensemble Stars’ is a strange anime show that is quite unique in the weirdest of ways. The first reason why it’s unlike any other anime out there is that it has actually been adapted from an android game. Secondly, for the most part of it, it tries to take the game’s POV approach where, in a way, you get to play the role of the main protagonist. In the beginning, it starts off as a typical idol battle-of-bands type of show that explores the struggles of a few underdogs.

The plot may seem boring because of its familiarity, but somewhere around the end of the first episode, things start to change a little and it begins to question the present condition of the idol industry. This is quite interesting but it may not really appeal to most viewers. Overall, it seems like ‘Ensemble Stars’ is more or less of a promotional anime for the original game that gives you an entire walk-through and then expects you to later play the game as well. I would only recommend it to those who are interested in the idol anime genre.

Ensemble Stars Season 2 Release Date: When will it premiere?

‘Ensemble Stars’ Season 1 premiered on July 7, 2019 and is expected to end in 2019. Unlike most other anime, ‘Ensemble Stars’ has neither been adapted from a manga nor from a visual novel. The source material of the show is actually a music idol-breeding game and since it’s an android game, it does not really have a long playtime.

Considering everything, it seems very unlikely that the anime will be returning for a season 2 anytime soon. In fact, the purpose of creating the anime was probably to promote the game itself. So we cannot really expect its renewal unless the game also gets a sequel. The creators of the anime could go for a whole new anime original season if the series does well, but so far, the ratings it has received on most popular platforms is slightly below average. So as of now, the odds of getting a renewal are extremely low but even then, if we get any confirmed news regarding ‘Ensemble Stars’ Season 2 in the future, we will update it here in this section.

The English dub of ‘Ensemble Stars’ is available on Funimation.

‘Ensemble Stars’ centers around a school known as the Yumenosaki Private Academy, located on a distant hill that faces the ocean. The school is very well known for its specialization in boys’ idol training and in the past, it has been able to produce some of the greatest idol stars who are known to the world today. According to the game, you play the role of a “special circumstance” female transfer student who instantly gains popularity. You are then chosen to be the first student who gets to be involved in the producer course and to pass this course, you have to produce some successful idols. As challenging as this might seem, at the end of the day, all your hard work will pay off once you’re able to bring together the best idol ensemble anyone has ever seen.

Mao Isara is a prominent member of the basketball club and almost everyone in the school trusts him. He is reliable and never misses on an opportunity to help others. He hates getting into trouble, but somehow, because of the Trickstar Unit students he hangs out with, he always gets dragged into unwanted troublesome situations. He’s also the treasurer of the student’s council and he takes his work very seriously. He hates being the center of attention; so instead of seeking popularity of any kind, he does all the work from behind the scenes.

Just like Mao, Subaru is also a part of the Trickstar Unit and is also a member of the basketball club. He is very optimistic about every single thing and is always on the run doing something. He never settles down to rest and also seems to have an obsession with things that are shiny. He gets along really well with almost all the members of his unit and also owns a Shiba named Daikichi.

Hokuto is a black-haired and blue-eyed calm idol who really works hard towards his dreams. He hates it when someone tries to disturb him, but always manages to stay cool. To the ones who don’t know him too well, he might seem a little cold but he really values people who are close to him. He also has a thing for sweets and compared to the rest of the boys in his school, he is old fashioned in a lot of ways.