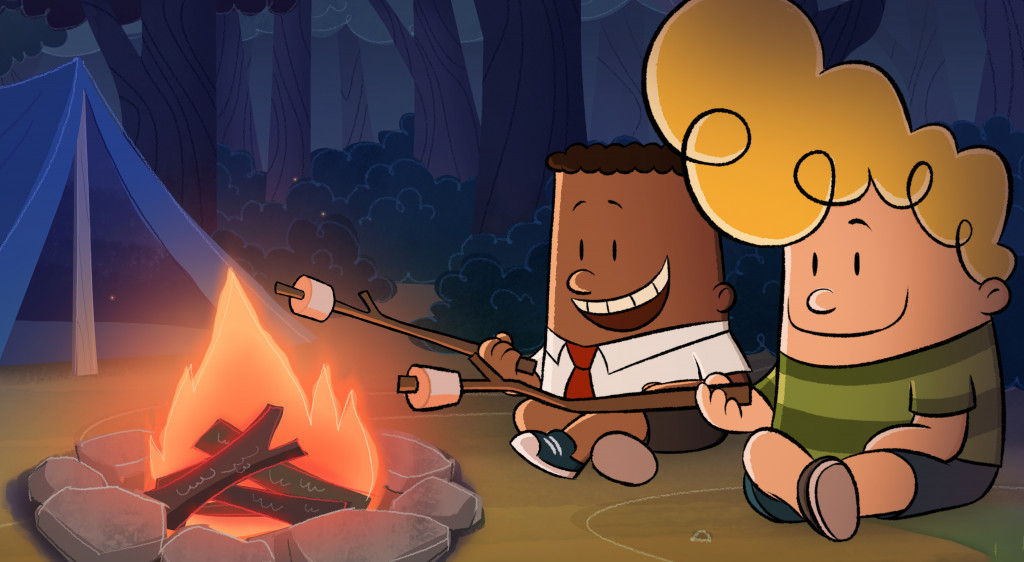 There are a total of 13 episodes in each of the two seasons, available on Netflix. The comedy series is produced by Dreamworks Animations and is based on the book with The Captain Underpants series by Dav Pilkey. There is also a Captain Underpants movie (called Captain Underpants: The First Epic Movie), much to the delight of the show’s fans. Here’s everything we know about the show’s upcoming season.

The Epic Tales of Captain Underpants Cast: Who is in it?

George Beard and Harold Hutchins are voiced by Jay Gragnani and Ramone Hamilton who do a quite convincing job as the best pals despite being kids. The young actors have nailed the part and bring out their camaraderie brilliantly. Sean Astin, who is famous around the world for his role as Sam Gamgee in phenomenal series The Lord of the Rings, does a praiseworthy job as the narrator of the series. Nat Faxon, who shot to fame after his stint on the comedy movie Orange County, voices Captain Underpants/Mr Krupp, the hypnotized principal and is hilarious. Other popular voice artists in the series are Jorge Diaz, David Koechner, and Maggie Wheeler (the unforgettable Janice from Friends).

The Epic Tales of Captain Underpants Plot: What is it about?

George and Harold are fourth graders at Jerome Horowitz elementary. They are pranksters who always find themselves in trouble with their principal, Mr.Krupp. They hypnotize and turn him into Captain Underpants, who is not very smart. Naturally, things escalate with bad puns, slapstick humour, and just all around craziness. Along with being pranksters, George and Harold are comic book writers, which spin the show on a creative axis. Each adventure is their own imagination which they created together for their comic book. The ten-year-olds are full of spunk, naughtiness, and fun. Mr Krupp is a grumpy old man a true representation of middle school teachers. But once he turns into Captain Underpants, a superhero in his, you guessed it- underpants, it is complete chaos. Watch the series to find out how George and Harold come across the magic ring and how the two smartly learn to use it to their adventure. Children just want to have fun, and what kid wouldn’t want a magic ring to help them have the most fun of their lives.

The show does what it is supposed to do; it makes you laugh. Watch when you are in binging mood, or just for laughs. The Epic Tale of Captain Underpants will have you in splits. The animation is entertaining, and the jokes can be really smart sometimes. Fans of the books and movie will find this a delightful watch. In the hilarious series, each 22-minute episode is divided into short “chapters.” Complete with super-villains, each stand-alone adventure contains an original comic created by George and Harold, and, just like Pilkey’s books, the show comes to live with the help of puppets and live-action moments. The animation by Clay Animation is superb; the colours and visuals make the series unforgettable. People who love creative and artistic shows will definitely enjoy the series. It’s a great way for children to get inspiration to create something of their own.

The Epic Tales of Captain Underpants Season 3 Release Date: When will it premiere?

The Epic Tales of Captain Underpants season 1 premiered on July 13, 2018 on Netflix and was followed by the second season that released on February 8, 2019. As far as next season is concerned, we have good news for the fans. Just six months after the second season,The Epic Tales of Captain Underpants season 3 is all set to release on July 17, 2019.

While we wait for an official confirmation on season 3, here’s the season 2 trailer to refresh your memories. You can also catch the first two seasons on Netflix .