When Will ‘Epic Warrior Women’ Return to Smithsonian Channel? 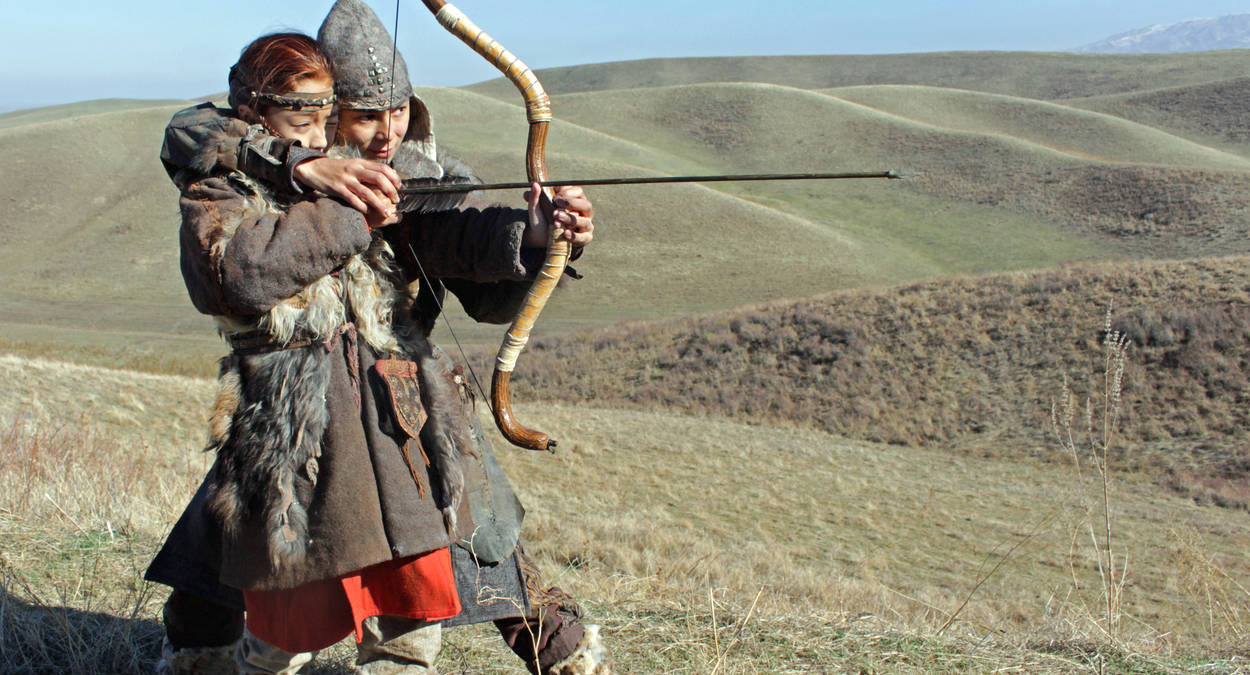 TV shows on popular historical figures have graced our television screens for a long time now. This time around, Smithsonian Channel decided to turn its focus on legendary female fighters from ancient times. They have made a show called ‘Epic Warrior Women’ which premiered on March 19, 2018, on the channel.

The different warriors who are featured in the show are women from West Africa, Amazons from Central Asia, and female gladiators of the Roman Empire. The stories of sacrifice and courage are narrated in the style of a docu-series. We get to know women who have changed the course of history as well as the history of that period.

The cast of the show includes many real-life people along with professional actors who perform the roles of different people. Bettany Hughes and Adrienne Mayor star as themselves. The role of Sukeoun in the third episode is played by Aimee AkapoToulan. Rebecca Dimech stars as Gladiatrix Ardala. The role of Alkaya is played by Gaziza Tleubay.

Epic Warrior Women Plot: What is it about?

The series consists of three episodes in total, and each of them tells unique legends in a dramatized form. The first episode called ‘Amazons’ is about the life of Scythian orphan girl Alkaya. It follows her journey from being an abandoned lonely girl to a galloping warrior on a horseback. The episode follows her actions as she leads her tribe against the fearsome Persians in the 6th century BC.

Next, we follow the adventures of a Celt warrior woman, known as Ardala in the second episode which is titled, ‘Gladiatrix’. During the height of the Roman Empire in the 2nd century AD, Ardala is purchased by a Mediterranean gladiator school. Her tale is one of fierceness and vengeance. The viewers get to see her transformation from a young recruit who is continuously rebelling, to a fearsome warrior whose only objective is to punish those who killed her friend and mentor Zonena.

The third and final episode takes a different way, and instead of telling the story of one particular warrior, it mostly focuses on the all-female, most feared, and elite force of Agooji warriors of the Kingdom of Dahomey. They were very brutal when it came to fighting against their enemies.

It is also believed that they used to raid their slaves in the Kingdom of Dahomey. Through the episode, it showcases the journey of the entire tribe and the limelight falls upon a young lady, Sukeoun, as she fights the French colonialists.  The show also focuses on the weapons and the costumes they used to wear during those times and those appearing on the show are an exact copy of the ones found in the graves of these warriors.

The series stands apart by portraying different badass women with utmost authenticity. Men have always been seen as the ultimate fighters throughout history but the series changes our perception of ancient women as we see them leading from the front and battling fearsome enemies.

Epic Warrior Women Season 2 Release Date: When will it premiere?

‘Epic Warrior Women’ Season 1 premiered on March 19, 2018, on the Smithsonian Channel, and ran till April 2, 2018. The first season garnered positive reviews from critics and audiences, and fans have been waiting for the show to return ever since.

The three-part miniseries was not necessarily intended as a one-off as there are many more stories to tell of women warriors, who have been responsible for changing the face of history. With that in mind, the possibility of a second season doesn’t seem like such a far-fetched idea.

The format of the show makes sure that there are ample stories to turn into a series. However, since there is no news as of now, the current status of the show is unknown. It is most likely expected that ‘Epic Warrior Women’ Season 2 will release sometime in early 2020. Stay tuned for the latest updates.

While you wait for updates, here’s the official trailer of ‘Epic Warrior Women’ that will give you a better idea of the show.