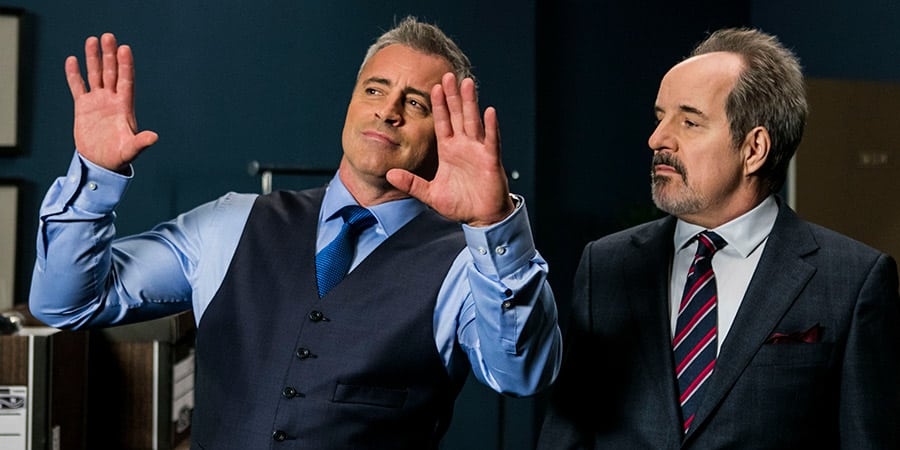 Humor can have different meanings in different countries. When British dark comedy meets American comedy, you get the show ‘Episodes’. This American-British television comedy series has been conceptualized by David Crane and Jeffrey Klarik. The show has been produced by Hat Trick Productions. The series airs on Showtime in the United States and first premiered here on January 9, 2011. BBC Two airs the show in the United Kingdom and it first premiered there on January 10, 2011.

‘Episodes’ focuses on a British comedy-writing couple who goes to Hollywood to make an American version of their successful British TV series. In America, they meet Matt LeBlanc, who plays a satirical version of himself. He is also the star of the show. However, for our British couple, Hollywood is not quite what they expected and soon, the pressure from the studio to change various aspects of their work begins to show in their regular interactions.

The show has received positive reviews from critics and fans. It has also gotten Matt LeBlanc a Golden Globe, while the series itself has been nominated for four Emmys. Upon launch, critics on both sides of the pond hailed it as easily the best sitcom to come out that season.

Episodes Cast: Who is in it?

The main cast of ‘Episodes’ is star-studded. First off, we have Stephen Mangan and Tamsin Greig as Sean and Beverly Lincoln respectively. Sean and Beverly move from London to LA (Hollywood) to create a new show. Sean finds it easier to readjust than his wife. Though he grows to loathe the place eventually, he stays back because the paychecks are much bigger. His wife, Beverly, has trouble settling in from the get-go. She does not like Los Angeles or the star of their show. However, she is close to the network’s executive Carol Rance, with whom she goes on hikes and smokes pot. Beverly might not like Hollywood but she likes the gift baskets that are part of showbiz. This is primarily because she loves getting things for free even though she might not need them.

This brings us to the star of Sean and Beverly’s show, Matt LeBlanc. Why is that name familiar? Well, because the actor has become a household name since he played Joey Tribbiani on ‘Friends‘. Here LeBlanc plays a satirized version of himself. He appears as a wealthy, charming, but arrogant actor, who is persuaded to play the role of Coach Lyman on ‘Pucks’ due to the huge salary. He gets along with Sean, but not Beverly.

Other main characters include Carol, the executive, and Beverly’s friend. She is played by Kathleen Rose Perkins. Carol is someone who tends to undermine herself since she has a fetish for those who have authority over her. This also leads her to have a string of affairs with her bosses. In this case, the boss she is having an affair with happens to be the president of the network, Merc Lapidus, played by John Pankow. Merc is portrayed as boorish and arrogant, and someone who buys the purchasing rights to ‘Lyman’s Boys’ without watching the show, just based on its acclaim. A man with a penchant for hugging everyone, he is shown to be cheating on his blind wife, with Carol.

The other notable character is Morning Randolph, who stars opposite Matt in ‘Lyman’s Boys’. This character is played by Mircea Monroe. Morning considers herself to be as much a household name as Matt because she starred on some show called ‘Kelly Girl’ many years ago. She undergoes several operations to make herself look younger than she is, believing that is what is expected in Hollywood.

Episodes Plot: What is it about?

The plot of ‘Episodes’ follows a married couple, Sean and Beverly, who are also the co-creators of the show ‘Lyman’s Boys’. When we are introduced to the series, life seems to be going well for this couple as their show has won another BAFTA. This is when they get a call from Hollywood, to remake their show for American audiences.

Initially, they are excited at the prospect of moving to LA and working in Hollywood. After all, it has a greater outreach and more money. However, they soon find out that things are not quite what they expected, as the network’s boss continues to pressure them into making changes to the show (the arrogant man had bought the rights to it even without watching it) and also forces them to hire Matt LeBlanc as the star.

Sean gets along well with Matt, but Beverly has her problems. Meanwhile, the pressure of working in tinsel town begins to create difficulties in their marriage.

Variety cuts the show to the chase, saying, “Overall, though, it’s hard not to see “Episodes” as a pretty good metaphor for what show-within-the-show “Pucks” is: A TV series that starts with high hopes and the promise of doing something a little different and – despite the latitude, in this case, afforded by its premium venue – winds up just settling for more of the same.”

Episodes Season 6 Release Date: When will it premiere?

‘Episodes’ Season 5 premiered on August 20, 2017. Fans already got a hint that there will be no more seasons after LeBlanc tweeted a year ago that he has “one more season” to shoot. Even Showtime’s president of programming Gary Levine told reporters after the final episode that there is a “real possibility” the show would end after Season 5.

“ Episodes‘ scathing portrait of network executives has kept me on my best behavior these last several years, for which I am grudgingly grateful to Jeffrey and David,” said Levine. “I love this show and can’t wait to see what comic heights Matt and company will scale during the fifth and final season of our inspired series.”

Though, fans should not lose all their hopes. There’s still a possibility that some other network picks up the show at some point in future. If that happens, we will update you about ‘Episodes’ Season 6 release date.

While we wait for an update on ‘Episodes’ Season 6, check out the season 5 trailer to refresh your memories.