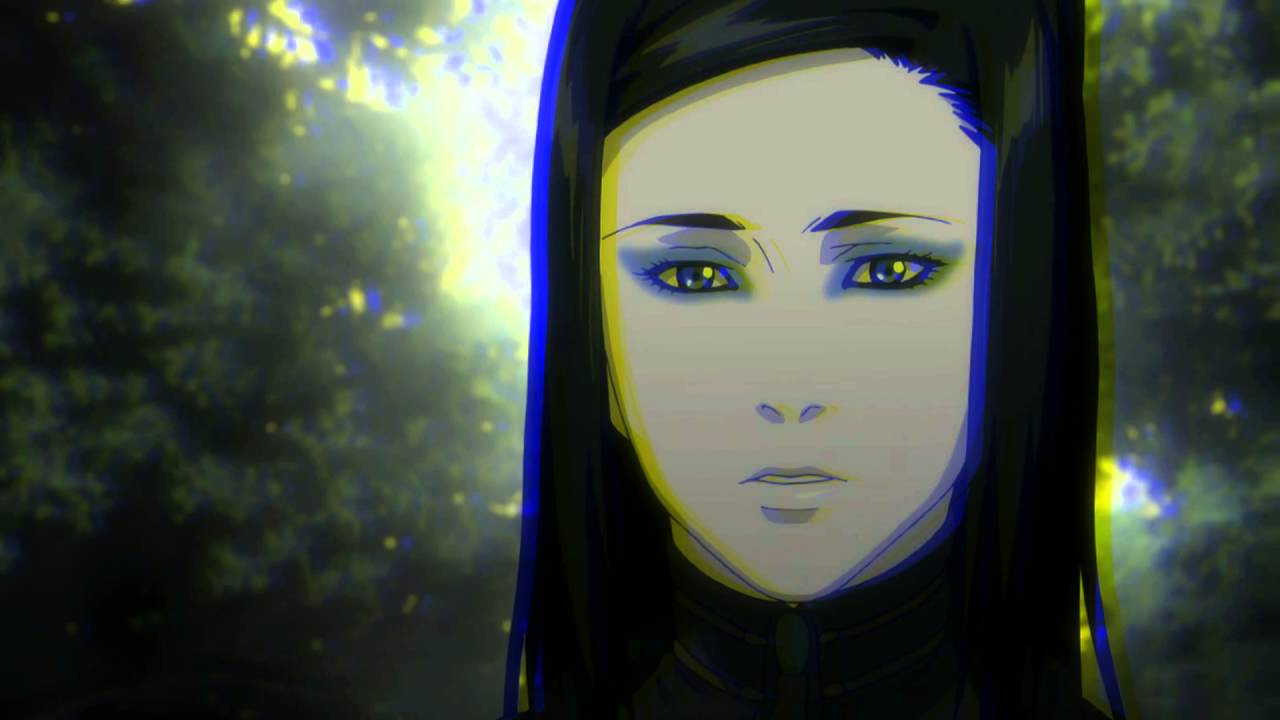 ‘Ergo Proxy’ is the kind of anime show that completely goes over your head when it starts off. It has a lot of a whole lot of things going on at once and it hard to figure out what’s actually going on. But the best part about it is that by the end of each episode, you get a clear understanding of everything in it as it very subtly makes sense out of all of its previous cues. For the most part of it, ‘Ergo Proxy’ gives you a ming boggling experience that leaves a lot of open endings for your own interpretation. As a whole, the plot is absolutely amazing but the only problem with it is that it constantly keeps pulling out ideas and forcefully makes an attempt to please its viewers with them. While most of these notions do work out well, some just fail to fit the overall puzzle.

The part where ‘Ergo Proxy’ outshines all is its amazing animation quality. It really baffles me how a studio like Manglobe that has been involved with shows like ‘Samurai Champloo‘ and ‘Gangsta.‘ later went bankrupt. The talent of the Studio can very well be seen with their unique, fresh and artistic details in each scene of ‘Ergo Proxy‘. Even the dark moments of the anime have been portrayed really well and the despair in the post-apocalyptic world clearly reflects on the backgrounds. Overall, there will be moments when you’ll feel like dropping ‘Ergo Proxy’ because it can get really confusing at times. But if you’re patient enough with it, mid-way through most episodes, you’ll find yourself nodding over all the things that start making sense. If you think you’re open-minded and you’re in for an intellectual challenge, then this anime is just perfect for you. And even if you’re not into shows that require too much thinking, you still give this one a shot.

Ergo Proxy Season 2 Release Date: When will it premiere?

‘Ergo Proxy’ season 1 premiered on February 25, 2006 and came to an end on August 12, 2006. During this span, it aired a total of 23 episodes with each one of them being 25 minutes long. It has been over a decade since the anime’s release now and though many forums still claim that it may return, the odds are not really in its favor. For starters, the anime never managed to sell well despite being critically acclaimed in both Japan and North America. This is one of the largest points to consider when reviving an old series as the cost behind such massive undertakings are huge. The creators of the show also need to come up with a proper script that lives up to its predecessor and then find an appropriate production house that is able to translate that script into an immersive experience.

Speaking of the studio, as mentioned earlier in the article, the studio behind the anime has been filed for bankruptcy. Thirdly, the series does have a kind of an ending, although, some might call it open-ended. Being an original anime, the creators can easily revive the story of the anime without depending on source material. But for doing that, they will have to first resolve all the plot holes in the first season. Therefore, even though it pains to say this, the chances for a new season of ‘Ergo Proxy’ are next to none. We still hope for a day when someone out there hears our pleas and decides to revive the series for one last glorious run, but till that time comes, we just need to keep our fingers crossed. If we hear anything about ‘Ergo Proxy’ season 2 release date, we will let you know.

The English dub of ‘Ergo Proxy’ is available on Funimation and Amazon Prime. You can also watch it on Crunchyroll with its original Japanese audio and English subtitles.

The plot of ‘Ergo Proxy’ is set in the futuristic domed city Romdo. A devastating change of the ecological system thousands of years prior to the events of the story had left the entire planet crippled and humanity at the verge of extinction. These domed cities were the last sources of life support for the people living there and those who couldn’t make it either died off or perished under the relentless attack of the hostile lands. However, life inside the dome continued to grow as planned and as a result, humans were able to evade this catastrophic event.

Fast forward about a millennium and we find ourselves at the current timeline where ‘Ergo Proxy’ takes place. Life inside the domed city prospers as expected with new babies being born in a mechanized system called artificial wombs. It has been made common knowledge that humans living inside the dome are incapable of giving birth to a child and the general population now believes that the artificial system is the only system. However, it is a system which works and humans are able to lead a peaceful life alongside their robot companions known as ‘AutoReivs’. As a result of this system, babies are always brought into the dome with a purpose and their jobs are well-defined even before they see the light of day.

The AutoReivs are robots which have been specially built to make lives easier for their human counterparts. As a result, there are various complexities associated with their builds, mostly relying on their purpose in most cases. However, there are two wide groups into which these robots can be clubbed together, namely, the companion bots and the entourage bots. The companion bots are mostly fitted to take care of household duties and are capable of light combat but the entourage bots are significantly more powerful and are geared for gunfights. These are more complex in their structures and some even spew blood when killed. However, these AutoReivs, which have never malfunctioned before suddenly become self-aware and begin attacking people at random threatening the delicate balance of the domed city.

Reports flood in of companion bots going crazy and retaliating against humans and the entire city is put on high alert. Re-I, an inspector of the Citizen Intelligence Bureau is assigned to the case and she soon starts investigating the matter along with her trusted AuroReiv companion, Iggy. It is soon revealed that the root cause behind the retaliation is a form of a virus which is taking over the bodies of the robots giving them cognitive intelligence. However, there are far greater things that are in play here which is unknown to Re-I.

The government has been conducting research behind the scenes on some unknown mysterious life forms known as ‘Proxy’ which they believe is the answer behind their very existence. If they are able to fully understand these beings who possess powers beyond their wildest imagination, they will be able to solve each and every problem faced by humanity at present. However, understanding and encapsulating the power of such creatures is currently beyond the scope of the government and they are forced to wait as they learn more about these primitive beings.

Re-I, during this time, tracks down a misfit by the name of Vincent Law, who she believes is connected to the events that are taking place inside the dome. However, Vincent decides to move outside of the dome and live in the ruins outside the city in order to elude the eyes of the law. Re-I soon catches up to him outside of the city and proceeds to uncover the truth behind all the strange happenings taking place inside of the domes but what she learns is something that can alter the entire course of humanity and challenge the very fabrics of reality.

Re-l Mayer: A very talented officer of the law who is assigned to investigate the strange happenings within the city along with her trusted partner, Iggy, Re-I also happens to be the granddaughter of the Regent of Romdo, Donov Mayer. She is extremely good at what she does and as a matter of her own confidence and privileges, demands that everyone else around her respects her for the same. However, she finds herself in the midst of some very disturbing activities as the brutal murders only seem like a foretelling of much more dire things to come.

Vincent Law: Vincent Law is an intelligent and agile immigrant from the Mosk dome who is desperately trying to fit in at Romdo. Presently working for the Romdo’s AutoReiv Control Division, he is assigned to hunt down the rogue machines and take them out. However, his troubled past soon catches up to him, forcing him to abandon the city and resume life outside of the dome.

Pino: Vincent’s trusted partner and a companion-type AutoReiv, Pino was originally supposed to be shut down due to her being decommissioned by her owners. However, her owners suddenly faced an untimely death before the state personnel was able to arrive leading to Pino being able to escape. She now travels the wastelands with Vincent accompanying him in his journey.

Read More in Anime Previews: Welcome to the NHK | Monster