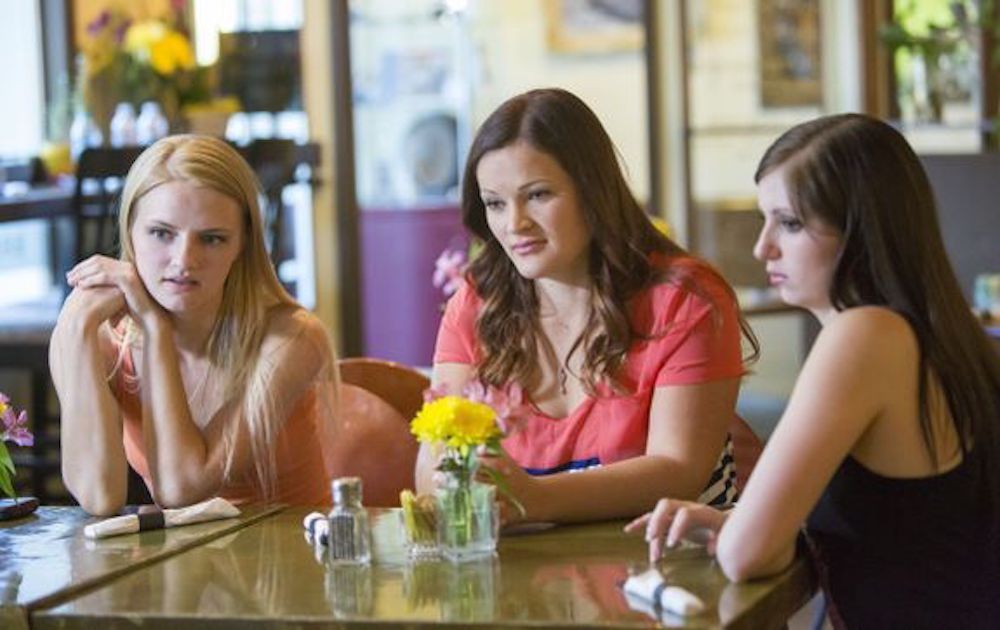 Escaping Polygamy is an American documentary TV series that follows three sisters as they help other women escape polygamy cults. The show first premiered on LMN on December 30, 2014, but currently runs on Lifetime. RIVR Media is producer of the show, and Brie Miranda Bryant and Gena McCarthy act as the executive producers.

Escaping Polygamy Cast: Who is in it?

Escaping Polygamy revolves around three sisters Jessica Christensen, Shanell DeRieux, and Andrea Brewer, who escaped from the Kingston Clan, a polygamous group based out of Salt Lake City, Utah. Known as The Order, this polygamous group’s creator and leader is Paul Kingston. He came up with this weird idea after he became disgruntled by the The Church of Jesus Christ of Latter-day Saints (LDS Church) in 1926. This led him to begin preaching polygamy to his followers. He, along with his brothers (who are also prominent members of the group) follow the custom of plural marriage and believe in individuals marrying within pure blood families. Reportedly, Paul has up to 27 wives (including three half-sisters) and some wives have as many as 18 children.

20-something Jessica was born in a polygamist family in Utah, and was raised with 12 biological siblings and nearly 200 half siblings. She was born to Heidi and John Daniel, with her mother being her father’s sixth wife out of 14 wives. She was to be married to her 42-years-plus uncle at the age of 14. But when she turned 15, she along with her 12-year-old sister Andrea fled the family, escaping the engagement. At the age of 18, Jessica was adopted by another family as her original parents were found guilty of neglect and had to give up their parental rights. Currently, Jessica is married and has two daughters, while Andrea is employed as an attorney in Seattle. On the other hand, Shanell is the daughter of Daniel and his seventh wife, Shirley. She was forced into a poly-amorous relationship and had to stay in an abusive marriage with one of her first cousins. However, she was able to escape after two years and now is remarried with three daughters.

When asked about her experiences, Jessica said, “It was a pretty abusive environment, primarily physical abuse from my dad, and then there was also sexual abuse within the group from children to children—the older children to younger children.” Jessica plays an important role in identifying families who are part of this group because they all look similar since they are related. According to her, polygamous groups are everywhere, but there are some people who want to break free of its rules. And this is where she and her sisters come in. In the later episodes, the trio is joined by Rachel Jeffs, daughter of Warren Jeffs, who is the leader and prophet of the infamous Fundamentalist Church of Jesus Christ of Latter-Day Saints (FLDS).

Escaping Polygamy Plot: What is it about?

Escaping Polygamy is a docu-series which revolves around these siblings who help people escape the Kingston Clan and other polygamist groups such as the FLDS. Since they had experienced the atrocities of these cults in real-time, they can easily extend their help to victims. However, some of their quests are laced with obstacles, put in their path by religious believers. Most of the rescued members are able to start afresh, while a few others are forced to return back to the cult.

Now, there are other challenges as well. People who had been brought up in this lifestyle and had these ideals ingrained in their brains during their growing years, find it difficult to adapt to the new lifestyle, make their own decisions and think for themselves. However, in other to help such individuals, the sisters also created a non-profit organization called Hope After Polygamy — which offers housing aid and support to escaped victims.

Escaping Polygamy approaches a sensitive and controversial subject. For example, one of the episodes shows a member trying to find her long-lost mother, whom she has not met after the church separated them both when she was just a child.  Another episode deals with a sister who desperately wants freedom and the ability to finally make her own decisions. There is again this woman who is trapped within a “house of repentance” after she indulges in a forbidden affair with her cousins.

Yes, the subject matter depicted in this show is challenging. As in the words of Laura Fleury, the head of programming and development at LMN: “It’s not an easy project to film. It’s not an easy endeavor to film because what the sisters are doing is filled with jeopardy. They don’t know how it’s going to go, if someone is going to show up from one of the families… it’s not an easy thing to capture but it’s one that we thought was very important and we were really lucky [to have cooperation from the people involved].” In fact, the crew, most of the time, is totally unsure if members of polygamous groups would actually appear on camera. But when the production team started understanding the community, people began to break the boundaries and come out from this secretive, close-knit group.

Escaping Polygamy Season 6 Release Date: When will it premiere?

Escaping Polygamy season 5 premiered on April 1, 2019. As far as the next season goes, we don’t have an official announcement yet. Though considering the popularity of the show, we would be surprised if it doesn’t get another season. Our best guess is that if the show does get renewed, Escaping Polygamy season 6 can release sometime in April, 2020. We will update this section as soon as we hear more.

Below is the official trailer for Escaping Polygamy. Watch it to know what this show is all about.