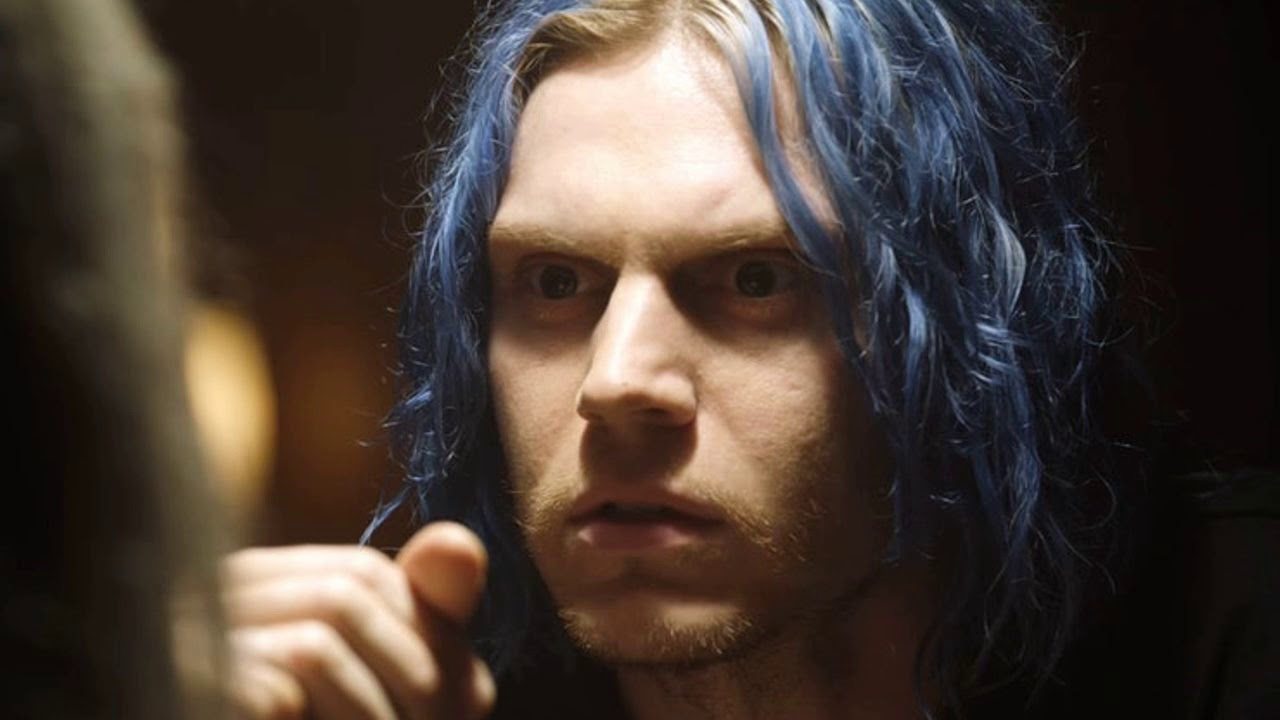 Born in St. Louis, Missouri, Evan Peters moved to Los Angeles when he was a student for pursuing a career in acting. Though he attended the Burbank High School for a short period, he dropped out soon to focus more on his profession. Peters made his debut with the 2002 movie ‘Clipping Adam.’ His stunning performance earned him an award at the Phoenix film festival. In 2004, Peters appeared in the teen comedy ‘Sleepover’, directed by Joe Nussbaum. He plays the role of a Romeo who struggles hard to impress his love interest. The movie also features Alexa Vega, Sara Paxton and Mika Boorem in major roles. He joined the sci-fi series ‘Phil of the Future’ on the Disney channel in 2004. The plot follows a family from the future who crash-lands on Earth and gets trapped in the 21st century after a technical glitch in their systems. Peters plays the role of an eccentric kid named Seth Wosmer in the movie.

Peters got his first breakthrough on television with the 2005 sci-fi series ‘Invasion’ on ABC. Set in a futuristic Florida, the plot depicts the days in a suburban town after a devastating hurricane. Their doomed life turns upside down when amphibians and other water creatures start invading the dry land soon after the calamity. Though Peters didn’t get any breakout roles in the next couple of years, the young actor managed to make his presence felt with supporting roles in movies like ‘An American Crime’ (2007), ‘Gardens of the Night’ (2008), ‘Never Back Down’ (2008), ‘Kick-Ass’ (2010), and ‘Never Back Down 2: The Beatdown’ (2011). The wait paid back well as he landed a regular role in the popular horror anthology show, ‘American Horror Story‘ in 2011. The series, which is shown as a miniseries in each season, features Connie Britton, Dylan McDermott, Taissa Farmiga and Denis O’Hare, along with Peters in various roles. ‘American Horror Story‘ went on to become a hit, catapulting the cast into instant stardom.

Peters played a significant role in the 2011 thriller ‘The Good Doctor.’ In 2013, he played the lead role alongside Emma Roberts in the comedy ‘Adult World.’ Peters has been keen to handpick diverse roles in the movie of various genres ever since. Meanwhile, he made frequent guest appearances on TV shows like ‘The Mentalist‘ (2010), ‘The Office‘ (2010), ‘Parenthood‘ (2011), and ‘In Plain Sight’ (2011). He joined the ‘X-Men‘ franchise in 2014 with the seventh installment of the series, ‘X-Men: Days of Future Past.’ Directed by Bryan Singer, the movie features Peters as the superhuman mutant Quicksilver alongside Hugh Jackman, James McAvoy, Michael Fassbender, Jennifer Lawrence, Halle Berry, and Anna Paquin.

In 2015, Peters emerged as a bankable actor with movies like ‘The Lazarus Effect’ and ‘Safelight.’ He starred in the comedy ‘Elvis & Nixon’ in 2016 along with Kevin Spacey, Michael Shannon, Johnny Knoxville, Colin Hanks, and Alex Pettyfer. The actor has received nominations for the Satellite Awards, Online Film & Television Association Award and Fangoria Chainsaw Awards for his portrayal of various characters in ‘American Horror Story’. At this point you must be wondering what is the next Evan Peters movie or TV show? Well, here’s the list of upcoming Evan Peters films and TV shows scheduled to release in 2019 and 2020. We can only hope that the latest Evan Peters movies would be as good as some of his recent ones. 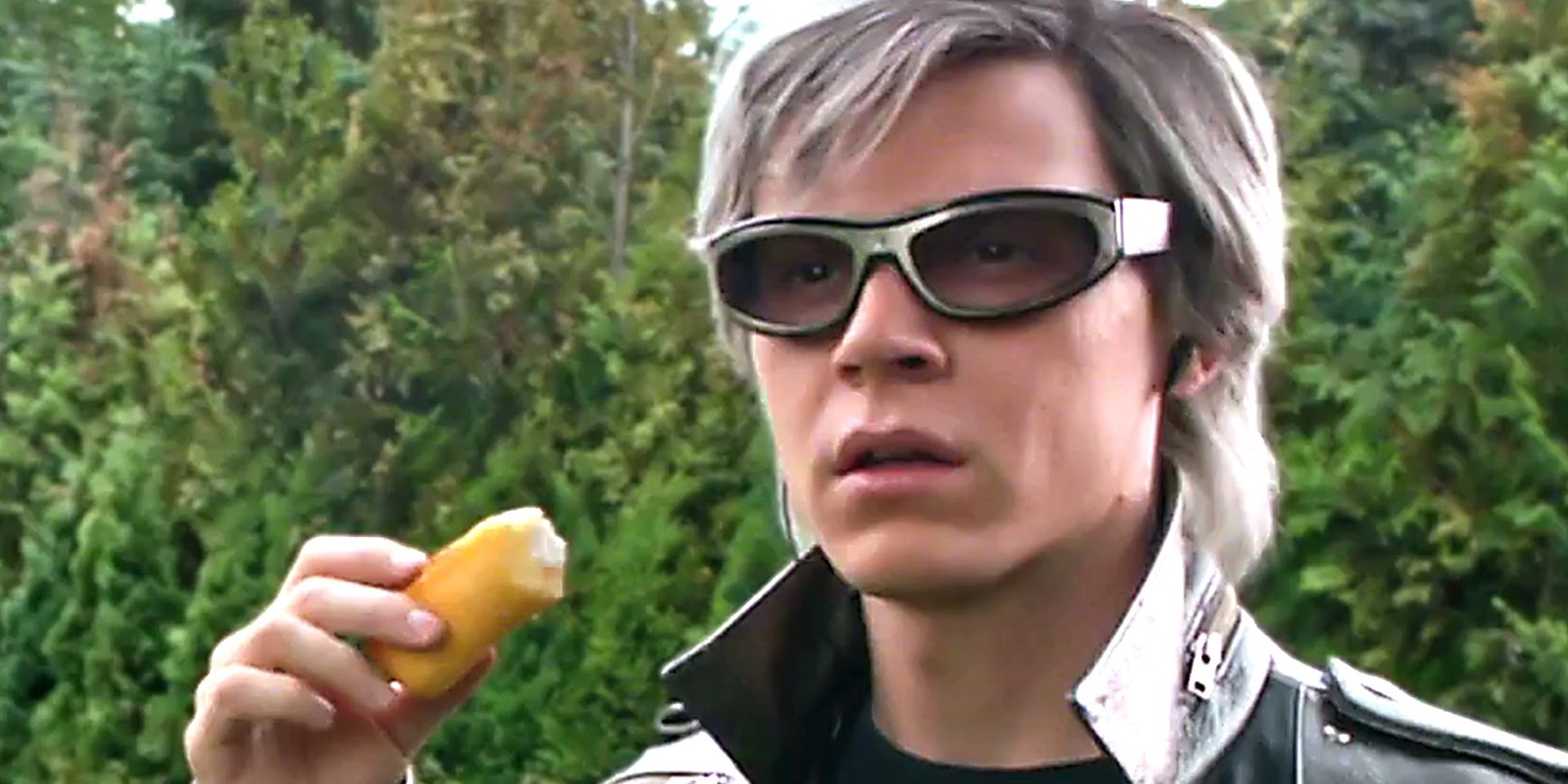 Even Peters reprises his popular ‘X-Men’ character Peter Maximoff a.k.a Quicksilver in the upcoming flick ‘Dark Phoenix,’ which is a spin-off movie in the ‘X-Men‘ film franchise. Peters, who joined the ‘X-Men’ universe in 2014 with the film ‘X-Men: Days of Future Past,’ reprised his character in the 2016 sequel, ‘X-Men: Apocalypse.’ Known for his supersonic speed in movement and thinking, Quicksilver is the fastest mutant among ‘X-Men.’ ‘Dark Phoenix’ follows Jean Grey a.k.a Dark Phoenix (played by Sophie Turner) who struggles to tame the enormous power acquired through the collision with radiation in the outer space. The movie also stars Kodi Smit-McPhee, Tye Sheridan, James McAvoy, Michael Fassbender, Nicholas Hoult, Evan Peters, and Jessica Chastain. ‘Dark Phoenix’ is lined up for a June 7, 2019, release.

‘I am Woman’ is an upcoming biographic film starring Evan Peters and Tilda Cobham-Hervey in the lead roles. The plot follows the meteoric rise and fall of the sensational feminist singer of the ’70s, Helen Reddy. Peters plays the role of Jeff Wald, who was the husband and manager of Reddy during her prime. The couple eventually locked horns in a custody battle for the kids after their separation. Danielle Macdonald plays the role of Lillian Roxon, a rock journalist who befriends Reddy during her early years in the U.S. Reddy meets Wald during this period and they soon fall for each other. As per the idea of Wald, the couple decides to move to Los Angeles for the benefit of Reddy’s career. Later, she becomes a sensation and a cultural icon with the help of Wald and her feminist anthem ‘I Am Woman,’ reports Deadline. The movie is directed by Unjoo Moon — who is known for ‘The Zen of Bennett’ — from a script by Emma Jensen. ‘I am Woman’ started its principal photography in Australia in 2018.

Evan Peters joins Jon Bernthal, Charlie Plummer and Josh Gad in the upcoming action comedy ‘Snow Ponies.’ The plot follows the journey of seven men across a dangerous land to deliver an important message. They have to face the cold-blooded bandits and other dangerous threats along the way. The weird experiences force them to make a choice between survival and honor. Though they decide to guard the cargo at the cost of their life, no one in the group knows anything about the mysterious content of their consignment. ‘Snow Ponies’ is directed by Darrin Prescott from Pat Healy’s Black Listed script. Gerard Butler was also attached to the project when it was first announced in 2017. However, his name is not associated with the film anymore, reports THR.