Everyone Is Doing Great Season 2: Everything We Know 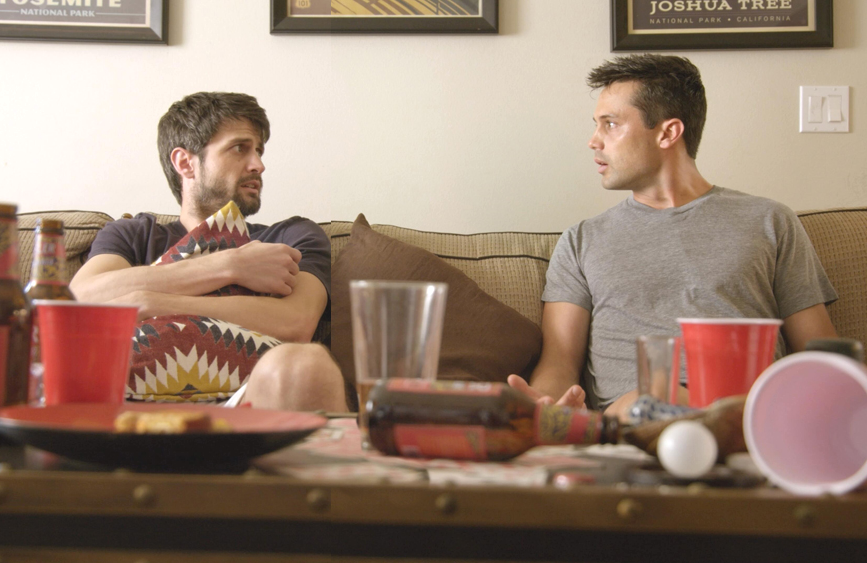 Hulu’s ‘Everyone Is Doing Great’ is a comedy-drama created by ‘One Tree Hill’ alums James Lafferty and Stephen Colletti. Written and produced by Lafferty and Colletti, the first two episodes had initially premiered at the ATX Television Festival in 2018. The story revolves around Seth and Jeremy, who had become famous after their appearance in a hit vampire TV show named ‘Eternal.’ Now, five years after the show’s conclusion, the duo leans on each other while navigating the struggles of real life. Well, after a successful full-fledged debut on Hulu, let us get to the details of ‘Everyone Is Doing Great’ season 2.

‘Everyone Is Doing Great’ season 1 premiered on January 13, 2021, on Hulu. It consists of eight episodes with a runtime of 30 minutes each.

Although the show has not been renewed yet, we are hopeful that the creators will announce the new season soon. Its first iteration has enjoyed strong ratings, and there is massive scope for the makers to build on the premise. Since the project was never conceptualized as a one-off, the first season’s good response should push the production team to consider new episodes soon. If given the go-ahead in the next couple of months, we can expect ‘Everyone Is Doing Great’ season 2 to premiere sometime in early 2022.

Everyone Is Doing Great Season 2 Cast: Who can be in it?

Starring as the protagonists are James Lafferty as Jeremy Davis and Stephen Colletti as Seth Stewart, both of whom should return for the next edition. We also have Alexandra Park as Andrea Davis, a talented and determined woman, married to Jeremy. Andrea supports her husband both emotionally and financially. Other actors playing pivotal roles are Cariba Heine as Isabella and Karissa Lee Staples as Sarah. The rest of the main cast should come back for season 2 as well.

Everyone Is Doing Great Season 2 Plot: What can it be About?

Jeremy and Seth are the former stars of an emotional and superhit teen drama called ‘Eternal.’ While working in the dark vampire drama, Jeremy married Andrea. At the same time, Seth got into wedlock with Isabella. However, things did not go well for Seth. Now that five years have passed since the show wrapped up, both Seth and Jeremy are kind of lost. Seth is attempting to maintain a positive attitude while giving auditions.

Jeremy’s state is still better since Andrea has gone on to star in another show. Therefore, he spends his days doing nothing. The duo is in their 30s, which is not the life they had envisioned when they were younger. The episodes follow the pair as they try to mend their ways in their signature style. Although they achieve some bits of success, the guys still have a long way to go. If renewed, season 2 is expected to cover this part of their journey.

Read More: Is Everyone is Doing Great a True Story?