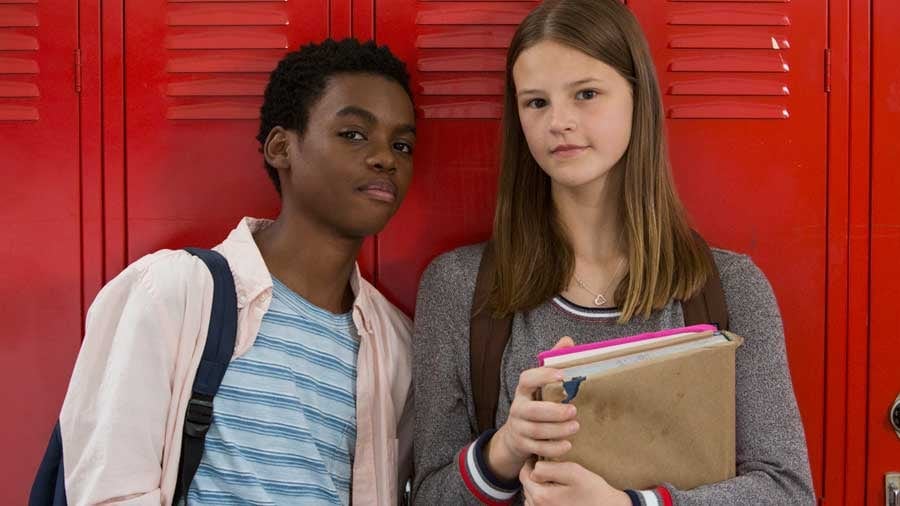 Everything Sucks! is a coming of age comedy–drama TV series. It airs on Netflix and is one of the original shows on the platform. The series first premiered on February 16, 2018. Ben York Jones and Michael Mohan are the creators of the show. It portrays the young and teenage culture of the mid-1990s while making sure that it is parodied in the best way possible.

The story of the show centers on a group of teens, who drop out of a fanciful and boring high school, and evolve to produce a film together while managing the coming-of-age issues such as identifying their sexualities, growing up and their mental wellness. The executive producers of the series are Josh Appelbaum, Andre Nemec, Jeff Pinkner and Scott Rosenberg. Midnight Radios produced the series.

The series is set in the real-life place, Boring, which is an unincorporated community in Oregon. The show did not really garner a lot of fans when it aired, but as is the habit with Netflix shows, it has been steadily developing a strong following since then. A lot of these series get word of mouth praise and thus get circulated among viewers, and as more viewers watch them, they realize that the content is good, and get hooked. In the case of this show, in particular, it now enjoys a cult following. Critics too have lauded the series, saying, “A flawed series that ticks off all the nostalgia boxes, ‘Everything Sucks!’ still manages to tug at the heartstrings.”

Everything Sucks! Cast: Who is in it?

The main cast of ‘Everything Sucks!’ includes Jahi Di’Allo Winston who appears in the role of Luke O’Neil, an A/V Club freshman, whose father abandons him during his childhood, and who has now developed a crush on Kate Messner in Boring High School. Kate Messner, a sophomore and the daughter of the A/V Club principal, who is questioning her sexuality, gradually develops a crush on Emaline Addario. Peyton Kennedy plays the character. Patch Darragh plays the role of Ken Messner, the father of Kate and Principal of the A/V Club, who is immediate in initiating a connection with Sherry, Luke’s mother. Ken’s wife and Kate’s mother passed away when Kate was five years old.

Claudine M. Nako plays Sherry O’Neil, who is Luke’s mother and a flight attendant. She responds to her romantic attraction for Ken and the two begin to grow close to each other. Quinn Liebling plays Tyler Bowen who is a freshman and one of Luke’s best friend. He suffers from ADD or attention deficit disorder and dyslexia. Elijah Stevenson plays the role of Oliver Schermerhorn, a senior and Emaline’s boyfriend. He eventually runs away to New York. Sydney Sweeney appears in the role of Emaline Addario, a junior and Kate’s crush. Rio Mangini plays McQuaid who is a geek and one of Luke’s best friends. He also happens to be socially awkward around girls.

Apart from the main cast, there are a bunch of supporting and guest stars who help portray what it was like growing up in a small town in the mid-90s. Moreover, they help create an authentic high school experience and build the overall atmosphere of the show. Hopefully, if there is an upcoming season, we will see the main cast members return, and they might be joined by some characters, who are bound to make things interesting. We could also see some of the recurring stars getting promoted to series regulars, which would definitely affect the dynamic among the characters on the show.

Everything Sucks! Plot: What is it about?

The plotline of ‘Everything Sucks!’ revolves around two groups of teens in the Boring High School of the mid-’90s, focusing on the A/V club and a drama club, for which they are not eligible. Luke and his best friends, McQuaid, and Tyler join the A/V Club, where Kate, who is already questioning her sexuality becomes Luke’s crush. Afterward, Kate who is in a turmoil about her sexuality develops a crush on Emaline, a drama student, who is dating her classmate Oliver. Nonetheless, Luke and Kate start dating after rumors of her being queer are spread around in school. In the meanwhile, major destruction occurs, which ruins the set of the play. This prompts the teens to join hands and make a movie together. Luke’s mother is seen getting close to Kate’s father. The plot goes into showcasing how Kate deals with her sexuality and the other teens who are coping with their growing-up issues and managing their movie at the same time.

The show is uneven at best, with the humor failing sometimes, and some characters coming across as awkward. However, it must be said for the series that it is honest to its core. It is at its center a charming and heartfelt tale about how self-knowledge slowly becomes accessible to adolescents and to adults. Once the series is done introducing the characters and establishing the 90s setting, the show becomes more focused, and we see that taking chances often have consequences, and the main characters realize that acceptance and honesty are the pillars of true friendship.

However, the sweetest thing on the show is Kate’s coming out, which considering that the series is set in a high school setting in the 90s, is done with surprising thoughtfulness. It also marks a startling moment of revelation which is deeply insightful when Kate realizes that Luke does not want her as she is, but rather fancies the idea of possessing her, something which is very common in young love and can turn toxic really quickly. The show’s strength comes from the characters and their behaviors, and critics rightly summed it, saying, “These teens are selfish, sure, but they’re also more ambitious and earnest than they ever want to admit. When ‘Everything Sucks!’ lets them realize that and let go of the idea that everything might just suck, it becomes much more comfortably quirky in its own way, its unabashedly bleeding heart in the right place.”

Hopefully, if there is an upcoming season, we will get to continue our journey with these characters who we have grown rather fond of, and we hope to see them mature emotionally.

Everything Sucks! Season 2: When Will It Premiere?

‘Everything Sucks’ Season 1 premiered on February 16, 2018. As far as the next season goes, we have bad news for the fans. On April 6, 2018, Netflix canceled the show. Despite decent reviews, streaming platform found that very few viewers had stuck with the show until the end.

Addressing this issue, Cindy Holland, the VP of Netflix’s original content said, “I’m really passionate about the show myself. We take the cancellation decisions as personally as anybody. Because we were seeing a much lower completion rate of the whole season, we realized that it is very unlikely that we would be able to grow the audience, move a whole new audience through the show, and have a large enough audience to justify a season two.”

Though, fans should not lose all their hopes. There’s still a possibility that some other network picks up the show. If that happens, we will update you about ‘Everything Sucks’ Season 2 release date.

While we wait for any positive news on ‘Everything Sucks’ Season 2, check out the season 1 trailer to refresh your memories. If you haven’t seen the show yet head over to Netflix to catch all the episodes of the previous season.