Everything We Know About Titans Season 3 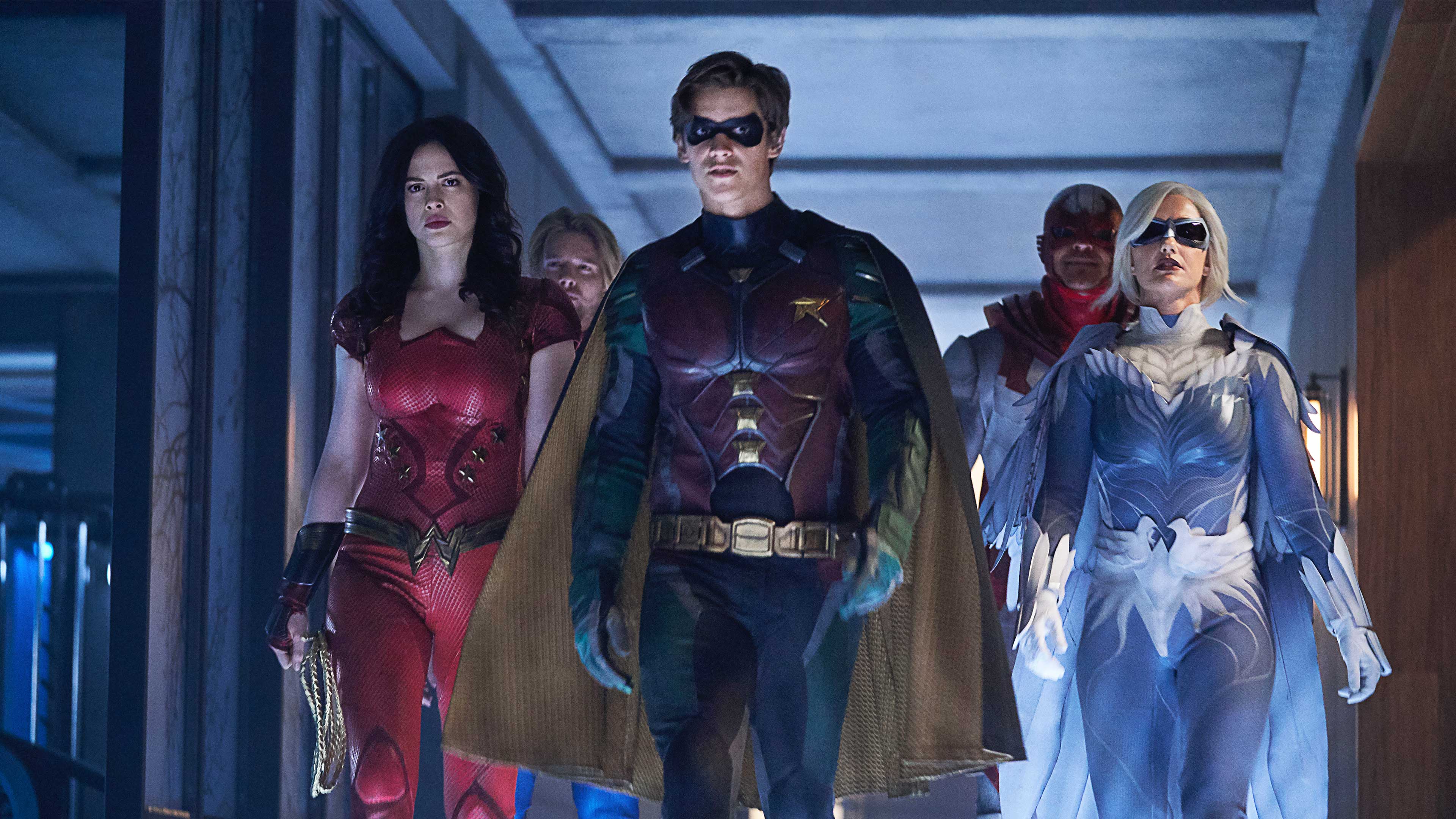 ‘Titans’ is a superhero drama television series based on the DC Comics team of the same name, developed by Akiva Goldsman, Geoff Johns, and Greg Berlanti. It first premiered on the streaming service DC Universe on October 12, 2018. The series follows the titular group of young superheroes led by Batman’s former protégé, Dick Grayson/ Robin. The group comprises mostly outcasts who are trying to find a sense of belonging. After the high-octane second season of the show that introduced multiple new team members, the show’s fans will be excitedly waiting to see where these characters are headed next. If you are looking for more details about the upcoming season, allow us to share everything we known about ‘Titans’ season 3.

‘Titans’ season 2 premiered on September 6, 2019, on the DC Universe. The sophomore season concluded on November 29, 2019, after airing thirteen episodes with a runtime of 40-50 minutes each. Fans of the show will be delighted to learn that the series has been officially renewed for season 3. The renewal was announced by the show’s official Twitter handle on November 12, 2019, ahead of the second season finale. In August 2020, DC Comics’ CCO Jim Lee revealed in a Q&A session with THR that ‘Titans’ will be moving to HBO Max with season 3 set to premiere on the streaming service. The streamer is yet to announce an official release date for the third season.

The #DCUTITANS are just getting started. Season 3 coming in 2020. pic.twitter.com/YPstXPVKMW

Pre-production on season 3 began in early 2020, but the production was shut down before filming could start due to the restrictions raised by the COVID-19 pandemic. Filming on the third season commenced in October 2020 and is scheduled to conclude on June 10, 2021. Throughout the production, the show’s cast and crew have been sharing detailed character key-arts and behind-the-scenes photos of season 3 on social media. Taking into consideration the last date of filming and the September/ October release window of the first two seasons, ‘Titans’ season 3 could arrive on our screens between September – October 2021 at the earliest.

Titans Season 3 Cast: Who is in it?

Damaris Lewis, who appears as Blackfire in a recurring role in season 2, has been promoted as a series regular for season 3. Iain Glen (of ‘Game of Thrones’ fame) will also guest star as Bruce Wayne after first playing the character in season 2. The new additions include Savannah Welch as Barbara Gordon and Jay Lycurgo as Tim Drake. Additionally, Cole King has been cast in an undisclosed role.

Titans Season 3 Plot: What is it About?

The second season of ‘Titans’ ends with Dick finally stepping out of Bruce Wayne’s shadow and leaving his past as the sidekick, Robin, behind. He has fully embraced the identity of Nightwing and proven himself highly capable of leading the team. The season 2 finale also packs a few surprises and sees the shocking death of Donna Troy. Hank and Dawn call it quits on their long relationship, and the final moments of season 2 see the arrival of Starfire’s sister, Darkfire, on earth. Lastly, Mercy Graves receives a call from none other than Superman’s arch-enemy Lex Luthor.

For season 3, Conor Leslie is confirmed to return as Donna, and it will be interesting to see how her character is revived. Donna’s connection to Themyscira or Rachel’s connection to Trigon’s underworld could be used to resurrect Donna. She could take up her comic-book identity of Troia, stepping away from Wonder Woman’s shadow, much like Dick. While on the subject of stepping away from shadows, Jason Todd is set to follow in the footsteps of Dick, his predecessor as Robin, and shedding the identity to become the Red Hood. The mantle of Robin will be picked up by Tim Drake, who will be introduced as a street smart kid early in the season.

Hank and Dawn will continue to serve as members of the team. But whether the couple patches up or there’s more friction between them remains to be seen. The story will be shifting to Gotham in the upcoming season, and Dick will be reacquainted with Barbara, the former Batgirl who is left paralyzed by the Joker and now works at the GCPD. Dick and Barbara will both be eager not to repeat their parents’ mistakes and forge their own path. Connor and Gar will look to put their past with Cadmus behind them after regaining control of their minds.

After a grounded season 2, the show could be gearing up to embrace the more fantastical elements of its source material in season 3. The Tamaranean sisters, Starfire and Darkfire, will be at loggerheads, potentially battling for their homeworld’s throne in the upcoming season. Lex Luthor’s arrival seems inevitable; however, with the season already filled with new and returning characters, he is expected to be a phantom presence pulling strings from behind the scenes. ‘Titans’ season 3 is shaping up to be an epic story arc for the beloved superhero team, and we expect nothing less!