When Will Evil Lives Here Season 7 Premiere on ID? 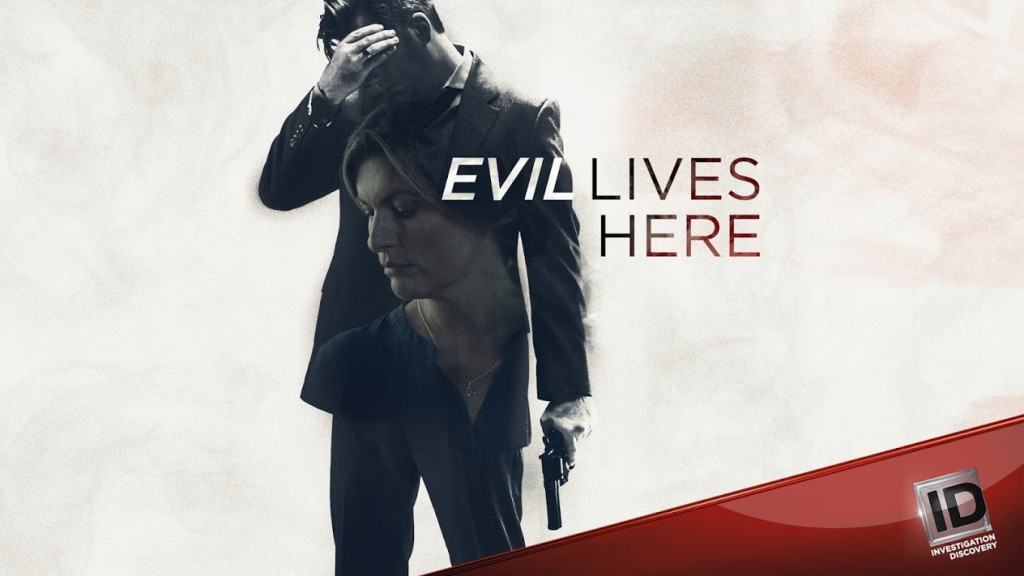 ‘Evil Lives Here’ is definitely one of the best crime documentaries that airs on Investigation Discovery. It originally premiered on January 17, 2016, and was later added to Amazon Prime Video and currently, you can watch all the previously released seasons on the streaming platform. Think of it as Netflix‘s ‘Conversations with a Killer: The Ted Bundy Tapes‘ but focused on several killers instead of one.

Since its debut, this fascinating series has spanned six remarkable seasons. Here’s everything we know about ‘Evil Lives Here’ season 7.

In this true-crime show, every 60-minute episode covers interviews with a family member of a murderer. Re-enactments are shown combined with police footage, family photographs, videos, and confessions, which give the viewer of the show a clearer perception of the killer through the eyes of someone close to him.

Some of the actors featured across the seasons include David Wenzel as Det Broderick, Hillary Hamilton as Candace Sims, Frank Di Napoli as Bishop, James Zeiss as an investigating detective, Ava Briglia as Lindsay Wrinkles, Amaya Press as Little Sister Ryan, Tim Rerucha as Eric Wrinkles, Adeleen Rosner as Lindsey Wrinkles, Laurie Kirk as a detective, and Megan Han Lee as a bartender.

However, as the pattern of the show must have made amply clear, each episode is focused on a specific family and the different killers that lived with them so there is not much hope of a recurring cast in the upcoming season.

When season 7 of the show arrives, it is expected to bring another fresh set of accounts, allowing us to meet new law enforcement agents who tracked down and captured these killers, and the family members of these killers who had to cope with the harsh truth of having lived with evil.

What is Evil Lives Here about?

“What would you do if you discovered a potential killer lived in your home? We’d all like to think that we would, somehow, prevent their future malevolence—but through the heartbreaking and astonishingly raw narratives in EVIL LIVES HERE, viewers will realize that it’s not always quite so simple,” said Henry Schleiff, Group President, Investigation Discovery, American Heroes Channel and Destination America. He further added: “Indeed, the families, friends and loved ones of a killer are often victims in their own right—and, ID is honored to share their unique perspective with our audience.”

The audience is hit with the perspectives of the family members of those that performed horrific acts. It does not get more up close and personal than this as we are made privy to a unique experience.

The show gives the audience an experience like never before. Each hour-long episode reveals a lot more than you may have asked for. The concept makes it a psychological drama at times. It gives you an insight into the disturbing, first-hand stories of living with a person who you never imagined to be a killer. Viewers are able to absorb what the loved ones of the killer went through when they realized the evil in the ones who were so close to them. The viewers stumble upon what gave the act away in making them realize what the killer was up to.

What is remarkable about the episodes is the way they establish the relationships between the killer and different people within the societal and familial structures. Sometimes we are told about the killer through the eyes of a lover, sometimes a sister, mother, wife, or father. It is also chilling to know at times that the people recounting these incidents were intended targets.

Surely, the brush with death must have shaped their perspective of the person, but another remarkable aspect is how more often than not, the people in the killer’s life still address the person with a degree of affection. For example, we see two survivors haunted for life when they realize how close they came to death when they fell in love with a psychopath whose ultimate plan was to kill them after having successfully won their trust.

At times, we also see how manipulative killers can be and the toxic atmosphere they breed in their homes since they demand to be in control of all situations. While there are definitely some cases where even the immediate family members begin to say that something was seriously off with the killer, there are several instances where the killer had been completely normal. Family members appear shocked when they realize that the emotions were all faked, and if they were not, they find it even harder to reconcile the image of the killer with the image of the person they knew up close.

When the next season airs, expect the show to continue in a similar fashion, giving us a look into how the family members perceived of the killer, how the survivors felt the killer was when they were first approached and definitely the angle of the law enforcement officials who had to enter the killer’s headspace to an extent in order to properly track down and capture them before they claimed another life.

Evil Lives Here  Season 7 Release Date: When will it premiere?

Season 7 of ‘Evil Lives Here’ does not have a trailer yet. While you should keep an eye on our page to stay in the loop about the show, you can watch all the previous episodes here.