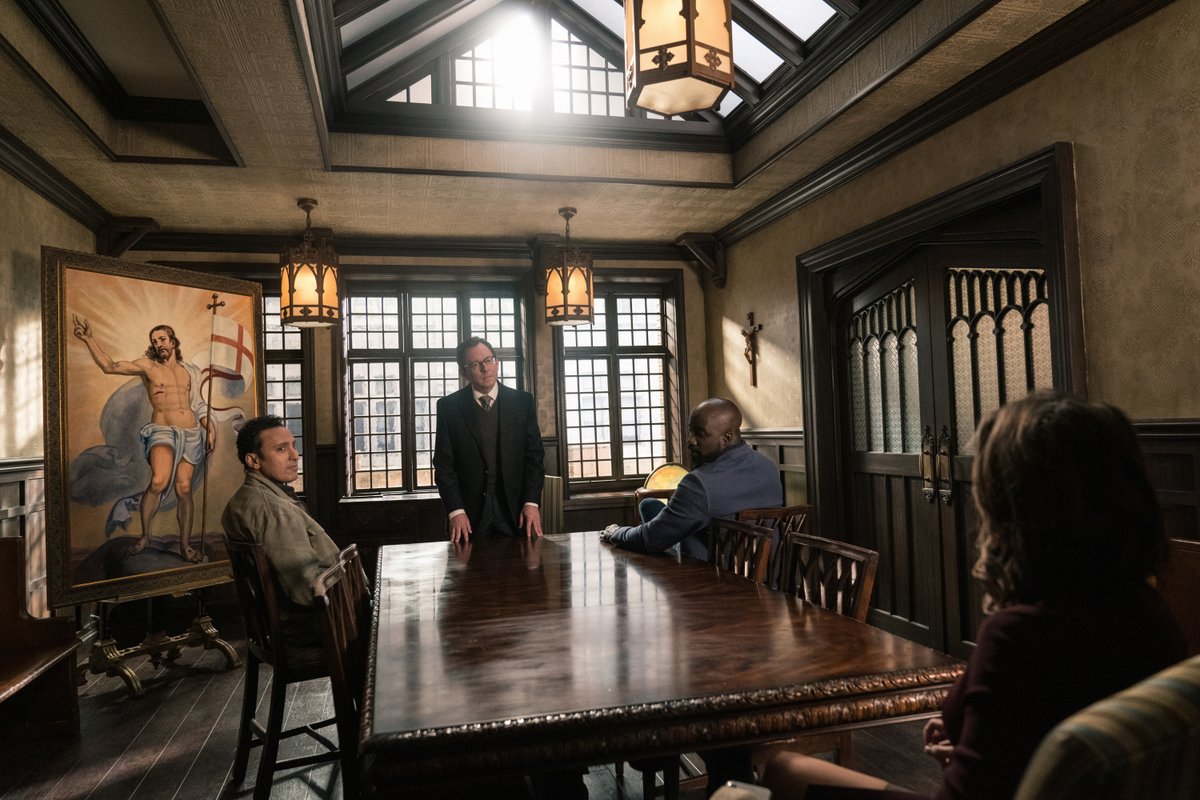 ‘Evil‘ is a supernatural drama series that follows a forensic psychologist who teams up with a priest in training and a tech expert to search for logical answers to inexplicable events. As their investigations continue, the line between science and religion begins to blur. Created by Robert King and Michelle King, the series premiered in 2019.

The supernatural drama has been positively received by critics and fans alike, with viewers getting engrossed in the shows’ unsettling narrative that fuses mysticism and psychological games. With the show’s enthralling second outing reaching its conclusion, fan anticipation for a third installment is quickly gaining momentum. If you are one of the fans scouring the internet for updates about the show’s next installment, here’s everything we know about ‘Evil’ season 3!

As for the show’s third outing, we have news! Fans anticipating that the overwhelmingly positive response to the sophomore outing will boost the show’s chances of getting a follow-up season have been proved right! On July 8, 2021, just weeks after the second installment debuted, Paramount+ renewed the fan-favorite series for a third season.

Showrunners Robert and Michelle King will almost certainly helm the third outing after signing a 5-year exclusive deal with CBS Studios, the show’s producer. As of now, there is no confirmed release date for the new season, which is yet to begin production. It is likely that season 3 will begin filming by the end of 2021.

Unlike season 2, which was delayed due to the COVID-19 pandemic, we can expect the third season to have a smooth production. Therefore, fans might not have to wait for more than 9-12 months for the upcoming season. All things considered, we can expect to see ‘Evil’ season 3 release sometime in Q3 2022.

Evil Season 3 Cast: Who can be in it?

Recurring cast members such as Patrick Brammall (Andy Bouchard), Kristen Connolly (Detective Mira Byrd), and Andrea Martin (Sister Andrea) could continue to appear. We are also likely to see Marti Matulis, who essays The Devil Therapist and other supernatural creatures on the show. Additionally, a few new cast members may join the cast for the upcoming installment.

Evil Season 3 Plot: What can it be About?

In the second season of ‘Evil,’ Kristen, David, and Ben continue their investigations of unexplained events and try to examine whether there are any supernatural elements at play in the supposed miracles, hauntings, and possessions. David is tested by his temptations as his ordination comes close. Meanwhile, Kristen struggles to contain her darker side and Ben experiences night terrors. In the season finale, the trio deals with a student showing tendencies of cannibalism.

Season 3 will continue to explore the theme of science vs. religion by presenting new mysteries for Kristen, David, and Ben to solve. The personal demons will try to get the better of each of them, and their mutual connection might be their only reprive. We will almost certainly see more creatures that will test the beliefs of the trio.