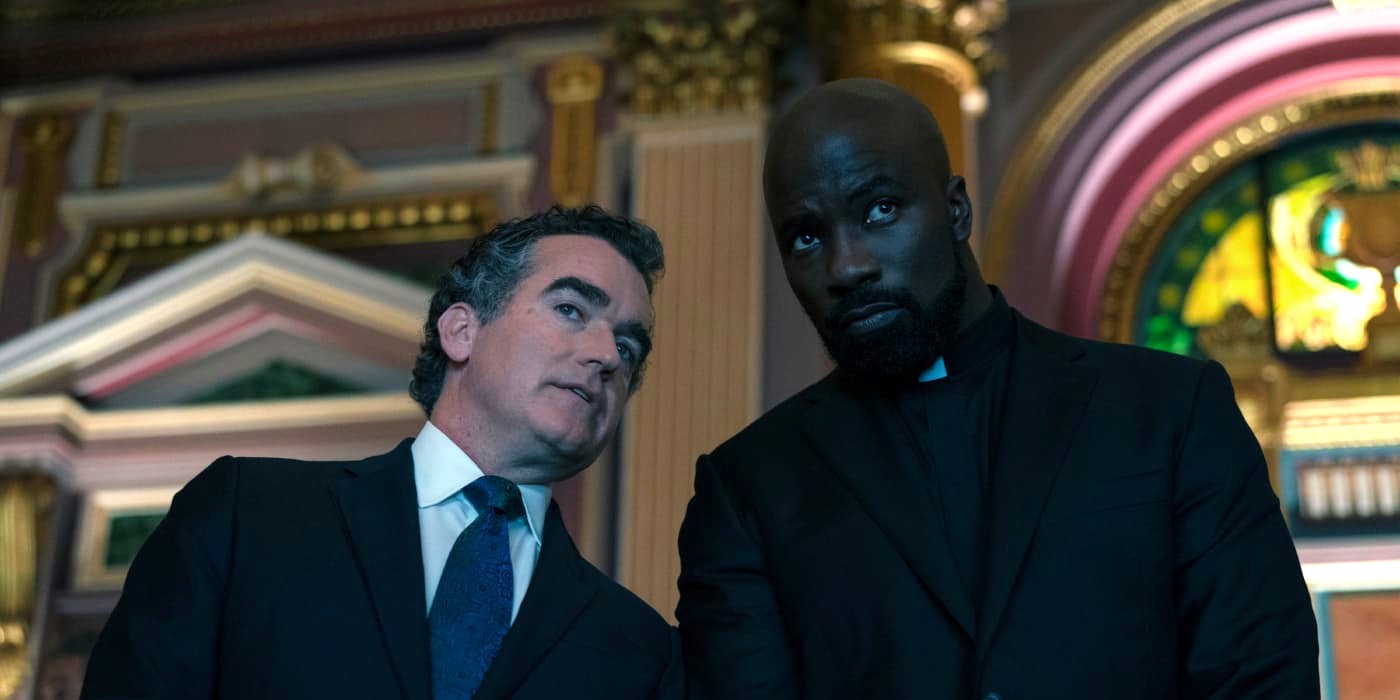 ‘Evil‘ is a supernatural drama series that toys with the concepts of spirituality, religion, and paranormal experiences in a dark and twisted tale revolving around here unlikely friends. The series is created by Robert and Michelle King and premiered in 2019 to critical acclaim. It revolves around David Acosta, Dr. Kristen Bouchard, and Ben Shakir, a trio of assessors who work for the catholic church and investigate seemingly paranormal incidents relating to demonic possession and monsters.

The show’s third season wraps with a major cliffhanger ending that signals more threats for David, Kristen, and Ben to face. Hence, viewers must wonder whether the trio will return to our screens in a fourth installment. If you are wondering whether ‘Evil’ has been renewed for a fourth season or canceled, here is everything you need to know!

‘Evil’ season 3 premiered on June 12, 2022, on Paramount+. The third installment contains ten episodes (3 less than its predecessors) which were released in a weekly format. The season finale dropped on the streaming service on August 14, 2022. Episodes of the show typically have a running time of 40–52 minutes each.

Regarding a fourth season, we have some great news for the show’s fans. In July 2022, while the third season was still airing new episodes, Paramount+ officially renewed the series for a fourth season. Nicole Clemens (President of Paramount+ Original Scripted Series) announced the renewal in a press statement praising the show’s performance with critics and audiences alike. Clemens also announced that Robert and Michelle King would continue to craft stories for ‘Evil’ in its upcoming fourth season.

However, a release date hasn’t been announced for the new installment just yet. Since moving to Paramount+ ahead of its second season, new seasons of the show have premiered in the month of June. With an early renewal announcement, the show’s makers are likely already working on season 4. Hence, if production follows a similar pattern as previous seasons, ‘Evil’ season 4 could arrive on our screens sometime in June 2023, at the earliest.

Evil Season 4 Cast: Who can be in it?

We expect most of the main cast members to reprise their roles for the fourth season. The recurring cast members are also likely to return except for McGiver, whose character perishes near the end of the third season. Additionally, actor Wallace Shawn who appears as Frank Ignatius as a guest star in the third season, could join in a recurring capacity. Moreover, fresh faces could be added to the show’s cast ahead of the fourth season.

Evil Season 4 Plot: What can it be About?

‘Evil’ season 3 revolves around Kristen protecting her daughters from Leland in her husband’s absence while David deals with his feelings for Kristen. Victor LeConte recruits David to work for the Vatican, while Ben finds himself in a secret demonic cult. In the season 3 finale, Kristen learns that her missing egg has been acquired by Leland, while Andy and David have visions of demons and an angel, respectively.

The fourth season could follow David as he tries to decipher the meaning of the Angel of the Beginning’s warning to him. As a result, he could seek help from LeConte and Grace Ling. Meanwhile, viewers might learn more about Leland’s plan. Likewise, Kristen might struggle with the realization that she is linked to a demon baby through her egg. The forces of good and evil could collide, leading to catastrophic events.