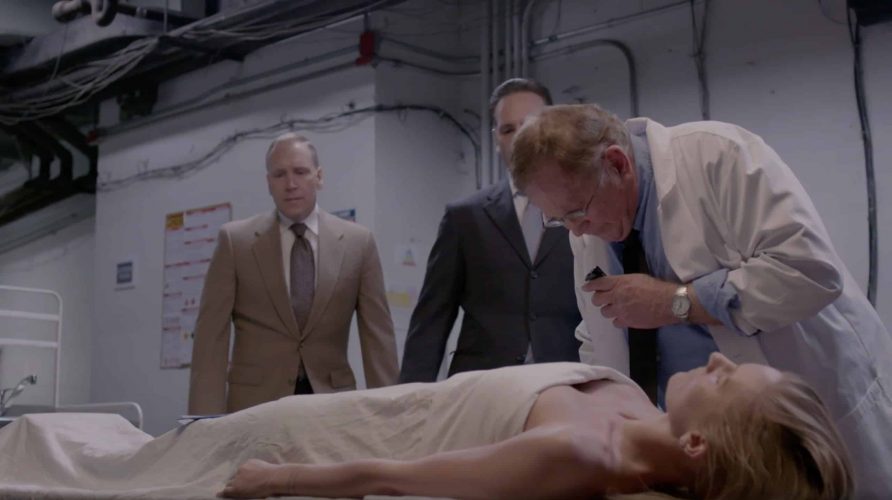 True crime is a wide genre that covers an array of shows both scripted and unscripted. Because of its natural integration into the thematic backdrop of many shows, we get uncanny candidates such as Fox’s Gotham categorized as a True crime, while it also covers, obviously, the procedural cop dramas like Castle. But as all scripted shows warrant, the narrative overrides the quasi-realism and even critically acclaimed shows praised for their realistic depiction and genius writing like ‘The Wire’, and ‘Breaking Bad’ are ultimately dramatized accounts of crime and the law.

To get an actual glimpse in a cop’s vocation is another story altogether. This is achieved only through unscripted TV, specifically the docu-series containing strong journalistic investigation – the shows on ID being usually good examples. But some shows go the extra mile to depict standard police work up, close, and personal. ID’s new ‘Evil Talks: Chilling Confessions’ is one of these shows. While many shows go for the run-of-the-mill adrenaline-fuelled chases in the form of police work, while also gaining the benefits of the action movie, ‘Chilling Confession’ instead takes a look into an often overlooked but absolutely vital and essential part of the protocol: the confession room.

Evil Talks: Chilling Confessions is primarily a documentary series. This means that it is event-driven rather than character-driven and that it does not feature a recurring cast, let alone an ensemble cast. It presents episodic clusters of narratives that are adapted from real-life situations and casts mostly minor actors to fit in with the roles. There is very little to no form of a narrative frame, and therefore no major narrator with a screen presence. For these reasons, it is impossible to predict the cast for a potential season 2 prior to any official disclosures made by Investigation Discovery.

That said, we did have some moderately big names on silver screencast in the debut season, including Cybornetics and Scriptless-starrer Noah Forrest, and Ronda Swindell, who is known for her roles in On The Beat and Ghost of Fort Greene, and starred in two episodes of the season. While not common, it is not unprecedented to see returning actors and actresses in documentaries serialized through multiple seasons. So even though chances are thin, we may see more of Ronda and Noah on season 2.

Evil Talks: Chilling Confessions Season 2 Plot: What is it about?

Evil Talks explores the often neglected but the absolutely vital step that makes or breaks every police investigation in its finality: getting a confession out of the suspected perpetrator. The show takes us on a battle of wits, and the tactics – some known, most relatively less well-known – used to bring out these confessions. The show splices enacted simulations with actual police footage into a cohesive whole that at once presents the dimly lit confession rooms authentically while keeping the suspense up to its highest degree.

The topic that Evil Talks focuses on is precluded by many otherwise authentic shows that attempt to document regular police work. And because the confession room has proven to be the breeding ground for a pre-built stage of intense plot tension and suspense, the show received both critical and public praise, averaging good views and a positive reception. On top of this, the show received good reviews for its decent direction. The subject material of the show also has sources aplenty. So all things considered, Evil Talks seems like the kind of show that can last for many seasons without a drop in quality and can become a reliable primetime slot candidate on a network like ID. However, even though ID has all the incentive it needs to renew the show, its renewal status is still unconfirmed. So even though fans should logically expect a swift renewal and a new season in 2019, the tentative air date for Evil Talks: Chilling Confessions Season 2 is still unknown.

No teasers or trailers for the second season have been released yet. You can find a glimpse of the show from the pilot episode here.