Ex on the Beach Season 4: Premiere Date and Cast 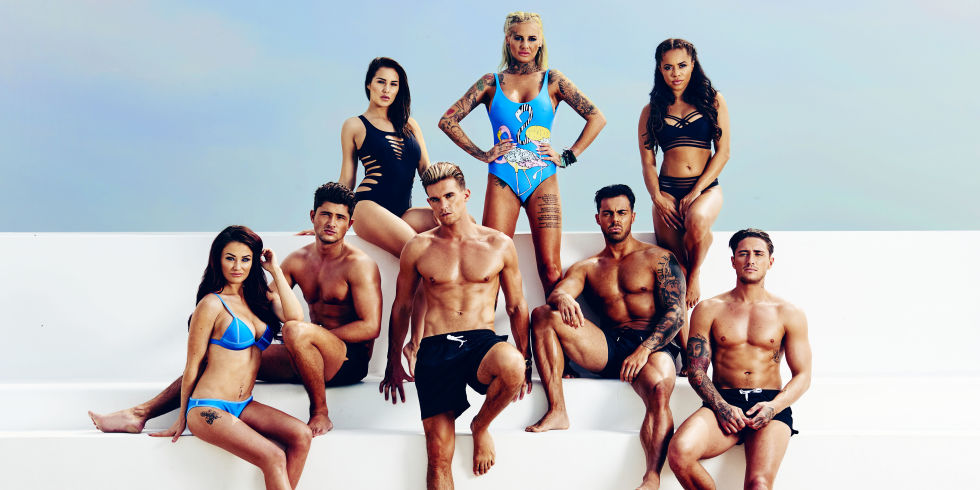 This American series is inspired by the British reality tv series that goes by the same name. The participants of ‘Ex on the Beach’ come from various reality tv series including ‘Are You the One?’, ‘The Bachelor‘, ‘The Bachelorette‘, ‘Big Brother’, ‘Bad Girls Club’, ‘Catching Kelce’, ‘Fire Island’, ‘Survivor’, ‘The Challenge’, ‘Teen Mom’, ‘What Happens at The Abbey’ and ‘Vanderpump Rules’.  The participants of ‘Ex on the Beach’ is a veritable amalgamation of a who’s who from the aforementioned shows and they live together on the beach along with their exes.

After airing three successful seasons, the show was renewed for a winter themed fourth season.

Ex on the Beach Season 4 Release Date: When will it premiere?

‘Ex on the Beach’ Season 2 premiered on December 20, 2018. Just six months after season 2, the third season of ‘Ex on the Beach’ released on July 16, 2019 and aired till October 24, 2019. It seems like MTV buoyed by the success of the show is keen on the making it an year-round affair. That’s why in less than two months since season 3 ended, the show is coming back with a winter-themed edition.

Ex on the Beach Cast

The way the show is structured, every season sees different celebrities from the popular shows going to the beach, and then suddenly discovering that their exes have begun to arrive. Since the shows that the celebrities are from, mostly keep changing participants, the roster of celebrities on ‘Ex on the Beach’ keeps changing as well.

In the past seasons, the show has seen celebrities like Alicia Wright of ‘Are You the One?’ and Chase McNary of ‘The Bachelorette’ appearing. Most notable, however, has been Angela Babicz of ‘Bad Girls Club’ who appeared in the first two seasons of the show. Another notable participant has been Tor’i Brooks who first appeared as a single and then as an ex of Babicz.

The upcoming season might very well decide to go with a whole new roster of single hot celebrities and their exes, but there is always a chance that some known face or some better yet, some known ex from the previous seasons might pop up in the new one.

What is Ex on the Beach About?

‘Ex on the Beach’ has a straightforward plot. 10 hot and single celebrities believe that they are going to spend a fun and possibly romantic vacation on the beach, until their exes begin to arrive. The show poses a very simple question about whether one can really be over their exes.

The series is a social experiment that seeks to answer exactly this. When the unwanted guests, vis a vis, the exes begin to show up at the anticipated fun-filled vacation, the celebrities soon find the situation turning into a nightmare. Part of the game’s trepidation comes from the celebrities wondering whose ex will be showing up next. As the participants are all caught in an intricate web of deceit, revenge and obviously the hookups that come as a result, both viewers and participants are left wondering whether the old loves will reignite or if the flame of romance has been extinguished for good.

We all know that nothing can ruin an event like an uninvited and unwanted guest, and there are few social situations that are as awkward as running into an ex, and that too unexpected. An immediate desire to prove that you are doing better off kicks in, from the need to bolster and boost one’s personal ego. This is not an expert opinion, but perhaps the issue of ego boosting is even more prevalent among celebrities, which is what makes the show so interesting. All of this is, of course, just the psychological aspect of the show. The resultant actions are what makes the show so risque and enjoyable.

‘Ex on the Beach’ counts on shock and awe value and hopes to extricate the repressed feelings that are likely to rise to the surface upon meeting one’s ex unexpectedly. As a lot of emotions begin bubbling up, the unresolved issues that led to the dissolution of the relationship in the first place begin to rear its head. Naturally, this leads to a lot of, what popular culture has termed as, revenge sex.

There is also a general tendency to try and get the better of the person that broke up with you, and perhaps this is where the dynamic of moving on comes in. The more vindictive the ex, the greater the possibility that the breakup was a messy one. However, it would not be fair to paint all exes with the broad brush of jealousy, vindictiveness, and proponents of hookups. Some stories do work out and once both the parties have gotten all the pent up resentment and toxicity out of their systems, they find themselves reigniting the flames of romance. However, it is all very shaky ground, since both sides are likely to be raw from their past experience with each other and little disruptions could see the entire relationship crumbling down.

In the upcoming season, hopefully, we will see new celebrities and exes appear on the show. However, it would definitely be more fun to see some of the old faces return, possibly as exes to others, like Tor’i Brooks had returned as an ex of Angela Babicz. It is interesting to see if these participants behave differently or rush to make the same mistakes when they are in the throes of love. Come what may, the upcoming season looks to be just as promising and filled to the brim with drama as the previous seasons have been.

Ex on the Beach Trailer:

Check out this clip below from the show.