When Does Ex on the Beach Season 4 Episode 3 Start? 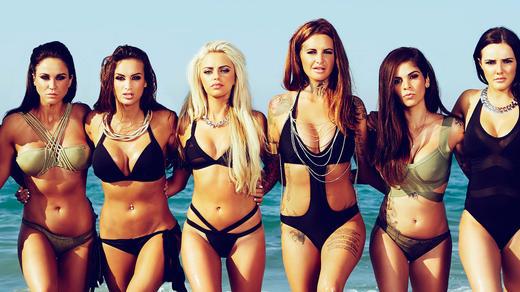 Going to exciting, new places is always a nice experience. However, imagine running into your ex at the place you are visiting. There is bound to be some awkwardness, if not downright horror, depending on how the breakup went. Whatever be the case, you won’t be at your most comfortable. Now, if you take this one instance and multiply it, you get ‘Ex on the Beach‘, which is an American show based on a British series of the same name.

The essential premise is to have a reality show about how people interact with their exes in a controlled space. Cast members are people from other reality shows, which makes them familiar to the audiences. Now, for the new season, it has been titled ‘Peak of Love’, since the show deals with international celeb-singles, who can now be seen in the mountains of New Zealand, specifically, Queenstown.

The official synopsis of the show reads, “A group of single reality and social media stars will climb to new heights to try to find love, but no matter their altitude, they cannot escape from their former partners. Rapper Romeo Miller returns to host Ex on the Beach: Peak of Love from the mountains of New Zealand, featuring celebs from ‘American Idol,’ ‘The Bachelorette,’ ‘The Challenge’, ‘RuPaul’s Drag Race‘, ‘Are You The One?‘ and more.”

Fans of the show are in luck because two episodes of ‘Ex on the Beach: Peak of Love’ have already dropped. Before we recap what went on in the two episodes, let us walk you through where and when you can watch the third episode.

Ex on the Beach Season 4 Episode 3 Release Date: When Will It Premiere?

Episode 3 of ‘Ex on the Beach’ has been titled ‘Caught Red Velvet Handed’. Although the premiere was two hours long, we expect the following episodes to be an hour-long. It is expected to air on Thursday, December 12, 2019, at 8 PM EST.

The official synopsis of the upcoming episode reads, “Daniel makes an awkward attempt at a love connection. The heats rises in the Sauna of Secrets for a two-timing Single. The first Ex is ice’d out of the chalet.”

Where to Watch Ex on the Beach Season 4 Episode 3 Online?

Since ‘Ex on the Beach’ is an MTV show, you can watch it on the channel itself. If you do not have a cable subscription, you can check it out on the MTV live stream. You can also use the cable-free, live television streaming services that offer MTV as part of their package. Among them are FuboTV, PhiloTV, and SlingTV.

The first two episodes of ‘Ex on the Beach’ have been titled ‘Welcome to the Peak’ and ‘Winter Un-wonderland’ respectively. The official synopsis reads, “10 Reality celebs arrive in a winter wonderland to see if they can find their Next for cuffing season. Callum and Nicole’s Exes cause trouble in the chalet. A love connection is made for one couple and quickly un-made for another. A new Ex arrives.”

Right from the start, the show introduces a stunning lineup of the people who have gone to New Zealand for the winter special. Among them are Daniel Maguire of ‘The Bachelorette’ fame and Tyranny Todd, who is a star herself. The LGBT community finds representation in Nicole Zanatta of ‘The Challenge’, who has some serious seduction prowess. She already has Allie DiMeco of ‘The Naked Brothers Band’ wrapped around her fingers. It will be fascinating to see same-sex female love triangles playing out on the show.

Marlon Williams a gender-fluid person, takes an immediate liking to La Demi Martinez, the first transgender participant of the season. La Demi can be seen acting childishly, starting the first argument of the season. She comes across as thirsty and catty. Surely, La Demi is someone you can count on to keep the drama quotient high, in the upcoming episodes. Adore Delano of ‘RuPaul’s Drag Race’ gets a surprise ex who visits the peak. With the storylines all poised for more action, we cannot wait to see what the upcoming episode has in store.

Read More: Where Was Ex on the Beach Filmed?