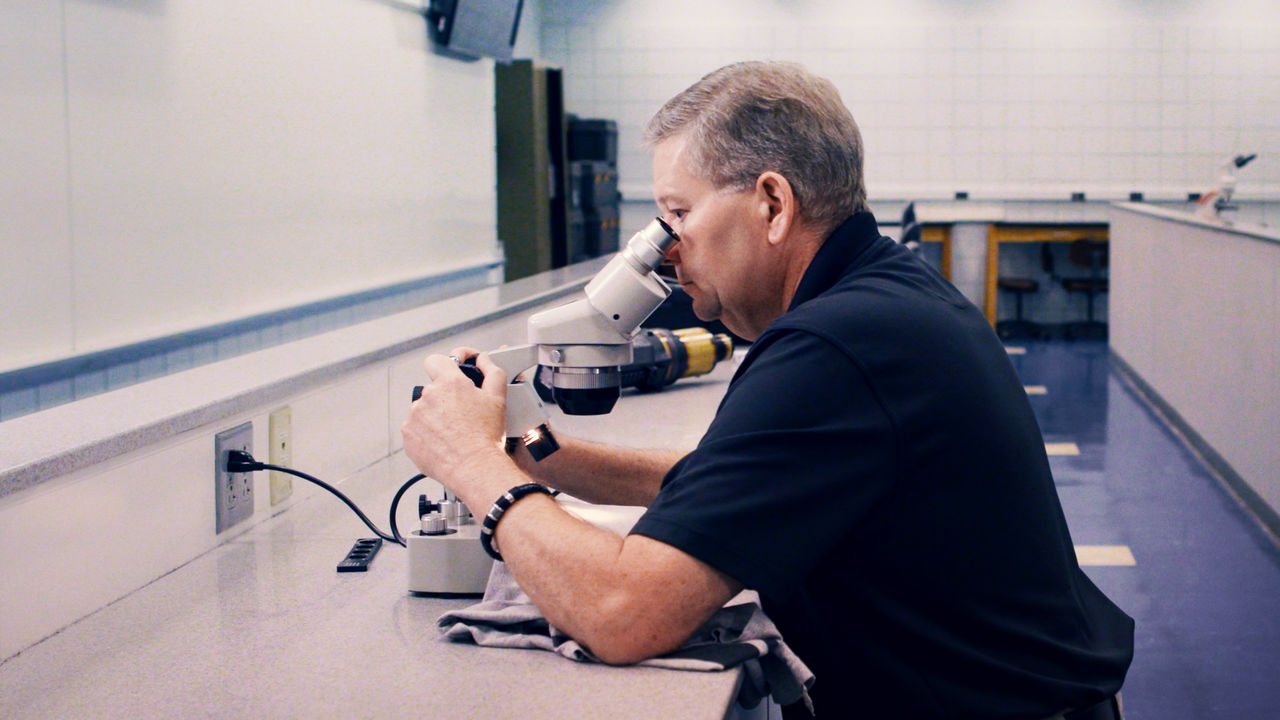 Forensic science involves the application of technologies and scientific subjects such as physics, chemistry, biology, computer science and engineering to secure justice for victims in the legal system. Investigators and detectives collect trace materials from the crime scenes or suspects and present them to a laboratory. Scientists analyze blood spatter patterns, detect the composition of chemicals, and identify unknown victims or suspects, using various tools. Yes, its role in the criminal justice system is vital, because no one can deny the authenticity of scientifically analyzed information.

We have seen multiple true crime documentaries which have portrayed the amazing triumphs of forensics. One show that comes to mind is ‘Exhibit A: Secrets of Forensic Science’, a Canadian series that debuted in 2017. Though, sometimes, such technologies can work exactly opposite to what they were intended for. You must have heard about ‘The Confession Tapes‘, a Netflix original, that delves into a similar concept. It explores the flaws of the American Justice System, where, in order to compensate for the lack of evidence, cops implement illegal methods to coerce false confessions from convicts. With an attempt to expose further cracks in the legal structure, ‘Exhibit A’ tries to examine the viability of certain forensic tools and narrate how they are misused to apprehend innocent people for crimes they didn’t commit.

Exhibit A Cast: Who is in it?

‘Exhibit A’ tells the true stories of real-time convicts who had been wrongly apprehended because of glitches in forensic methods. The cast comprises several criminals who are still in prison and get a chance to narrate their experiences. The format involves interviews of actual prisoners, victims of false accusations, and law enforcement officials connected to the cases.

Exhibit A Plot: What is it about?

Forensic science has always been considered a boon in the complicated process of apprehending crime perpetrators. But ‘Exhibit A’ takes a look at how this technology is misused to falsely convict innocents.  Each episode reenacts an incident where tools like cadaver dogs and touch DNA are applied to victimize innocents.

For instance, the show covers a woman who was imprisoned for a crime she claims she never committed. Normally, forensics should have absolved her, but in this instance, it falsely implicated her of the crime. There are other cases that the show covers, where video tricks or mug shots were manipulated to frame an individual since the cops needed someone for a scapegoat. At times DNA analysis gives weird results and cadaver dogs lead to supposed corpses, without any proper backup to support the handlers’ claims. Each incident is shocking and it presents us with a number of scenarios about how the entire investigation was wrongly handled, accompanied with views from experts, victims, and connected professionals.

Yes, when science starts interacting with the legal system, there can be misunderstandings that lead to serious consequences. Especially when the jury is presented with some impressive statistics, they find it difficult to negate the authenticity. And this makes the whole concept of forensics both a boon and a bane. It can be sued to save lives, but at the same time it can also be used to permanently destroy lives and families.

Exhibit A Season 2 Release Date: When will it premiere?

‘Exhibit A’ Season 1 premiered on Netflix on June 28, 2019. Adopting a sensitive and provocative subject matter, which seeks to explain how no scientific analysis can be 100% accurate always, it brings up a unique concept. This brilliant docuseries is yet another addition to the platform’s collection of other fascinating titles, such as ‘Making a Murderer‘, ‘Forensic Files’, and ‘Evil Genius‘, to name a few. Considering the premise, we would not be surprised if it manages to capture the attention of the true-crime-addict fanbase.

So, will ‘Exhibit A’ be renewed? Netflix has not made any official announcement yet. But considering its history of captivating criminal docu-series, which has enjoyed a steady approval rating among its international audience, we would not be surprised if it gets commissioned for another season. And if that happens, we can expect ‘Exhibit A’ Season 2 to release sometime in June 2020. We shall update this section with more concrete news as and when we learn more.

Check out ‘Exhibit A’ Season 1 trailer and all the episodes of the first season right here.