Will There be an Expecting Amy Season 2? 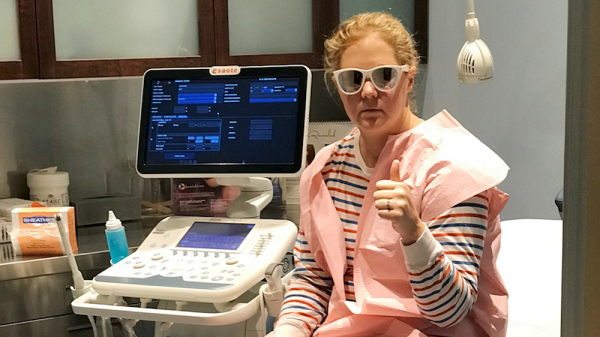 ‘Expecting Amy’ is a mini docuseries that follows the journey of comedienne Amy Schumer through her pregnancy, career, and personal struggles. Directed by Alexander Hammer, the show airs on HBO Max. It is an attempt from Schumer to imbue women with confidence while they face challenges related to pregnancy and childbirth. Infused with Amy’s fearless sense of honesty and blatant frankness, the documentary’s inaugural outing opened to good reviews. And here’s everything you need to know about its potential upcoming edition.

‘Expecting Amy’ season 1 premiered on July 9, 2020, on HBO Max. All of the three episodes of the docuseries landed on the same date on the platform. However, the documentary had been dubbed as a miniseries right from the start. And it was conceptualized to follow Amy Schumer’s pregnancy journey in 2019. Since season 1 satisfactorily concludes Amy’s journey, another season with the same concept seems unlikely. In all probability, ‘Expecting Amy’ season 2 is cancelled. In the rare scenario that HBO decides to create another series based on Amy’s motherhood, we can expect a follow-up edition (most likely with a different name) to premiere sometime in 2022.

Expecting Amy Cast: Who is in it?

‘Expecting Amy’, as evident from its name, is helmed by Amy Schumer, the stand-up comedian and actress, noted for her work in ‘Inside Amy Schumer’. The Peabody- and Emmy-winning star has also written and starred in ‘Trainwreck’ and penned a memoir, ‘The Girl with the Lower Back Tattoo’. She has additionally appeared in the movie, ‘I Feel Pretty’. Apart from Schumer, ‘Expecting Amy’ features her husband Chris Schumer as well. There are additional appearances from Bridget Everett, Rachel Feinstein, Kevin Kane, and Kim Caramele.

What is Expecting Amy About?

Amy Schumer had performed in her 2019-released Netflix special, ‘Growing’ when she was expecting her first child. However, during that time, she was suffering from a pregnancy complication called hyperemesis gravidarum, which causes extreme nausea. According to her, the symptoms are like having food poisoning every day. In fact, the filming of ‘Growing’ was postponed by a week because Amy had fallen seriously sick and had to be hospitalized.

‘Expecting Amy’ follows this very journey of Amy after she discovers that she is pregnant and how she tackles her complications while preparing for the stand-up tour for ‘Growing’. In the series, she says: “I didn’t know that you got so sick for so much of your pregnancy. Is that stupid I didn’t know that? I didn’t know that.” Other than this, ‘Expecting Amy’ chronicles the star’s rise to fame and her marital relationship with Chris. Each detail is narrated with utmost frankness and transparency, with Amy explaining that one needs to be honest when sharing an important milestone in a woman’s life.

The documentary is filmed with cameras following Amy everywhere and also includes self-shot footage from Schumer and her husband, chef Chris Fischer. It is an unfiltered reality series that gives a detailed insight into the daily struggles of a star, outside of talk-show couches and red carpets. Of course, since it has Schumer as its star, it has sufficient doses of humor as well.