When Will ‘Expedition Bigfoot’ Return to Travel? 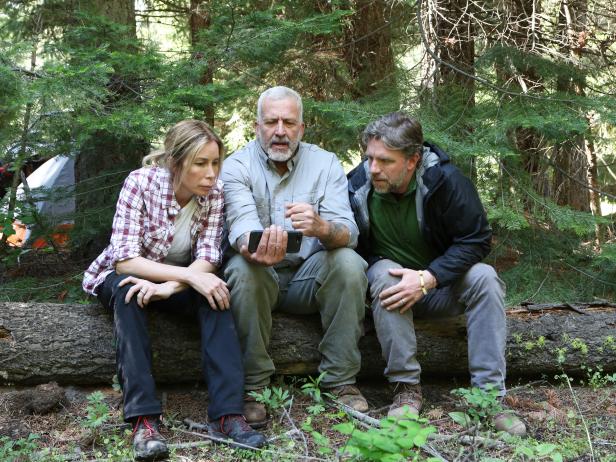 Cryptids, which form a bunch of enigmatic, mythical beings, have always been a subject of intrigue among experts and commoners alike. Among these creatures, some notable examples are the bigfoot, yeti, and loch ness monster, to name a few. There are so many shows as well which address this topic, such as ‘Mountain Monsters’, ‘Bigfoot in America’ and ‘When Monsters Attack’. And Travel Channel’s ‘Expedition Bigfoot’ is just another addition to this exhaustive catalog.

In this documentary, the search for the legendary bigfoot or sasquatch reaches a different level. In fact, as per statistics, there have been over 10,000 reported sightings of this elusive species in the US itself. Now, a team of five seasoned hunters, equipped with modern technology aims to reveal its whereabouts with the help of ‘advanced data algorithms, revolutionary science, and tools’. They analyze data gathered for over 50 years in order to finally trace the mysterious beast.

Season 1 of the show intrigued audiences. Now the question is, will there be an ‘Expedition Bigfoot’ season 2? Let’s find out.

Expedition Bigfoot Cast: Who is in it?

Bryce Johnson is a well-known actor, author, and host of the podcast, ‘Bigfoot Collectors Club’. He has held an interest in crypto-zoological creatures since childhood — a passion that transformed into reality when he starred in the horror flick ‘Willow Creek’. Joining him is Dr. Mireya Mayor, a prominent primatologist, Fulbright Scholar and National Science Foundation Fellow, who has worked as a wildlife correspondent and has also received two Emmy nominations.

Russell Acord, the author of Footprints of a Legend and Bigfoot, is employed as an event coordinator for The International Bigfoot Conference. He is a hardy survivalist and a retired Army Sergeant, who spends a majority of his time searching for the bigfoot in the Pacific Northwest. Ronny LeBlanc is a paranormal researcher as well as a writer, who also has been featured in multiple radio programs.

Rounding up the crew is Ryan “RPG” Golembeske, a skilled cryptologist and an avid traveler who has explored several regions, starting from the wilderness of Amazon to the rugged mountains of East Asia.

When the show is renewed for a second season, the entire team is expected to make a comeback.

What is Expedition Bigfoot about?

In ‘Expedition Bigfoot’, a team of five diligent, skilled, and hardy researchers tries their luck in locating the evasive bigfoot — a creature from folklore that has reportedly been sighted by several people. In fact, in modern times, there are reportedly over 10,000 encounters with this beast, only in the United States and around a third of these sightings are from the Pacific Northwest. Although the reports are many, nobody has been able to actually locate this entity and neither has anyone successfully captured actual evidence regarding its existence.

So, in order to finally track the legendary bigfoot, a five-member team of talented hunters set off on the ultimate search. Equipped with modern-day technology, advanced algorithms, and groundbreaking tools, they analyze data from over five decades to locate this ancient legend. Loaded with information and contemporary gadgets, the team reaches the exact locations where they are sure to find solid evidence about bigfoot’s lair. An immersive investigative-adventure series, ‘Expedition Bigfoot’ chronicles the various experiences and bewildering findings of this daring crew of daredevil experts.

At the beginning of their three-week journey, the researchers reach one of the remotest locations, which is a 90,000-acre land, tucked away in the wilderness of central Oregon. They use their knowledge and equipment to pinpoint the exact, target zone. Across the episodes, we witness how the team manages to finally unravel one evidence after another. They find apparent sites where bigfoot might have nested, massive footprints and even vocal traces. Toward the end, they finally reach a location where some of the weirdest events occur. And for the first time in history, they are actually able to capture a piece of startling bigfoot video recording!

Toward the end, the team thinks that they have finally narrowed down the exact location where Bigfoot had remained concealed during the entire mission. With the help of a high-tech drone, the team makes a shocking discovery.

Expedition Bigfoot Season 2 Release Date: When will it premiere?

‘Expedition Bigfoot ‘ Season 1 premiered on Sunday, December 8, 2019, on Travel Channel at 10 PM ET/PT. The first season consisted of eight episodes. It ended with its finale on January 26, 2020.

Travel has not made an announcement regarding an official renewal yet. But viewers are always attracted to shows, which revolve around an enigmatic concept, and we are positive that we will receive another installment from this revealing docu-series. So if Travel decides to renew the documentary, we can expect ‘Expedition Bigfoot’ season 2 to most-likely release sometime in December 2020.

We don’t have an official trailer from Travel Channel for ‘Expedition Bigfoot ‘. In order to catch up on all the released episodes, you can, however, head to their official website.