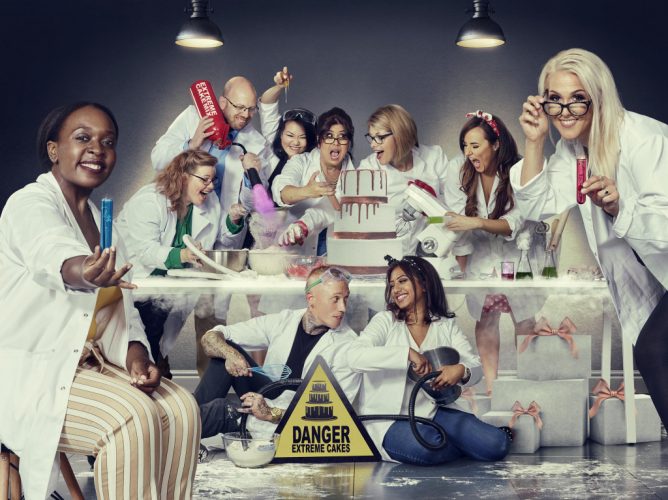 In the initial conception of the format, ‘reality TV’ was naught more than TV that attempts to connect to reality by covering the real life of real, ordinary people up, close, and personal – although the genre as a whole has detracted and drifted far away from that notion today. The many talent-shows that made the tabloid headlines and virtually gave birth to the concept of the Z-list celebs as we know it today was also heralded as the champion of reality TV, and we also consider game shows to be a large staple aspect of reality TV. But this had not been the case if we go down its roots; the game show far preceded the idea of a ‘reality TV’. Unlike in many other veins of shows, game shows on public entertainment media started on radio and TV simultaneously, as ‘Spelling Bee’ was broadcasted on the early iteration of TV and ‘Information Please’ on the radio – both in the same year, 1938.

For more than a decade, these games would almost invariably depend on a quiz-based system that formed the long and short of it, and it would take a quiz show scandal (which accused many of the high-stakes quiz games of being rigged and outcomes orchestrated – the panel game show being the only variant that would survive through it in the early 60’s) and almost one more decade for the genre to orient itself towards a new pathfinding and diversification in their core games. The 70’s and 80’s would see the rise of the dating game show, and after the genre took a nosedive in popularity in the 90’s, it would re-emerge with many facades, gimmicks, and thematic uniqueness trying to set each new game show concept pitch apart from another. And so we have it today – game shows about almost anything that can be shoehorned into a competitive framework, including things as conceptually wild as car-flipping, to startups, to familiar things like cooking. Baking, for one, has been a very popular hotbed that attracted much attention in recent years, and the game shows are no exception to the norm. Some would argue that the scene is saturated with shows about baking, to the extent that parodies of baking shows have now become a thing.

TLC also has its share of ventures into this area, and ‘Extreme Cake Makers’, although it sounds like the name of a similar game show where apprentice bakers compete for the crown of the best, it is rather a documentary that brings the cakes to focus rather than its makers.

It is common for all sorts of reality TV shows – including documentary shows of various sorts – to dispose of the narrator frame altogether these days, but Extreme Cake Makers remains old school in having a host as the cohesive weaving element between episodes and seasons, and a secondary narrator’s voice on top of it, played respectively by Bryan Kopta (who has starred in popular serialized shows like CSI: Miami) and Rufus Hound (who starred once in Doctor Who). The parity of their presentation so far has meshed well with the general momentum of the show, and it is very likely we will be seeing them back in the narrative roles if there is another season. That said, the actual bakers may vary season by season, and since they are largely ordinary people outside of the local confectionary/baking circles, it is difficult to predict which new bakers will be featured in the next season. We will have to wait for more updates from the network to know about them.

Extreme Cake Makers Season 4 Plot: What is it about?

Although many baking shows follow largely the same paradigmatic formula, Extreme Cake Makers take it up a notch by cranking the aesthetic aspect of elaborate cakes to the eleventh year. Each episode covers one or more bizarre cake orders made by clients and then goes through the process of materializing these intricate and artful cakes with their own unique quirks and purposes each. So for the next season, we may expect ten-odd more episodes of confectionary extravaganza where baking a cake becomes the creation of an art piece.

Extreme Cake Makers Season 4 Release Date: When will it premiere?

Extreme Cake Makers may air another season by next Christmas or at around the upcoming fall 2019, however, we cannot yet pin any official air date on season 4 yet since it has not been officially renewed. Since there has not been any updates on a new season on the producers’ or network’s account till date, we can safely assume that production has not started yet for season 4.

With no confirmation so far, we are left with no teasers, trailers, or other promo materials to that might indicate that a fourth season in on the cards. All that is left to do now is wait for official announcements regarding the future of the show. Keep your fingers crossed, and meanwhile, watch reruns of the already released seasons. The uncertainty about the timing of the next season’s release also means that this is a great time to get up to speed and dig into the show if you were planning to watch it. If you want to get a sneak peek into it beforehand, you watch the official trailer for the debut season here to get a sense of what the show is all about.