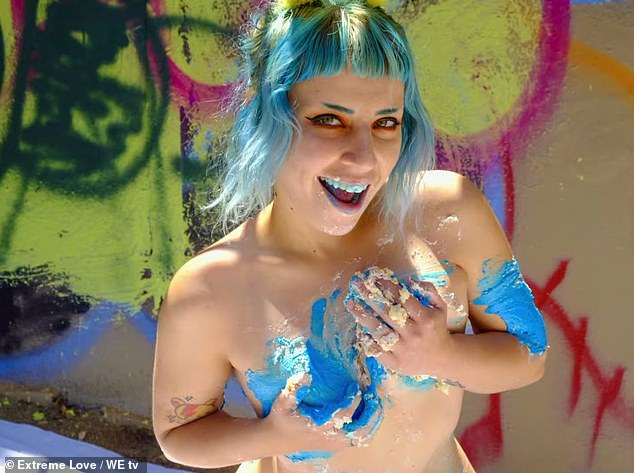 ‘Extreme Love’ is WE tv’s unusual reality series that delves into some of the weirdest fetishes of people. What started as short-form clips on YouTube is now a full-fledged show on the channel. After concluding with season 1, it landed with its second season on January 3, 2020.

And the stories only get weirder. We have seen an adult baby, a lady who harbors a fascination for planes, a same-sex couple with a staggering height difference, a man who loves dolls, a woman with giant feet, and a couple who guides other people in picking up women.

Episode 3, which landed this week, continues this saga with three more peculiar stories. Now, with the last episode done and dusted, the show is all set to make a comeback with its next episode. Let’s give you a detailed glimpse into how and where you can watch ‘Extreme Love’ season 2 episode 4.

Extreme Love Season 2 Episode 4 Release Date: When Will It Premiere?

The synopsis for episode 4 goes as follows: “A married couple practices “hot-wifing” and exposes secrets to their sexy alternative lifestyle. Meanwhile, a clown couple seeks a hot woman to join their love circus. And a wife shares her husband with her boyfriend, who also has a girlfriend.”

Previous episodes of ‘Extreme Love’ are also available for purchase on iTunes, Amazon Prime Video, and Google Play. If you wish to take your extreme craziness further, you can check out the short-form version of the series on the Barcroft TV YouTube channel and Facebook Watch. Live-streaming options include DirecTV, YouTube TV, and Philo TV.

Episode 3 of ‘Extreme Love’ season 2 is titled ‘Love Is Relative’. We meet an 83-year-old grandma, named Hattie Retroage, who loves using Tinder. But the thing is, she only uses the app to date younger men. Based in New York, she was married for more than 25 years and although she had a crazy sex life with her ex, she wanted to explore the hows of online dating.

In her trysts with young men, she has expressed that none of them wants her for life. People have branded her as a ‘cougar’, but Hattie has no issues with that. She just wants to change the perception of the current generation. And currently, she has been involved with around 50 men to date!

Another story is about two married cousins who want to have a baby, which outrages their relatives and even comes with the possibility of them having to land up in prison. Yet another fascinating tale is about a model, who has an obsession for slimy things, including cake icing and cream. She smears them all over her body, a fetish called ‘sploshing’. Lum has been doing this since she was nine and currently, the LA-based beauty also poses for photoshoots with slime covering almost her entire physique.