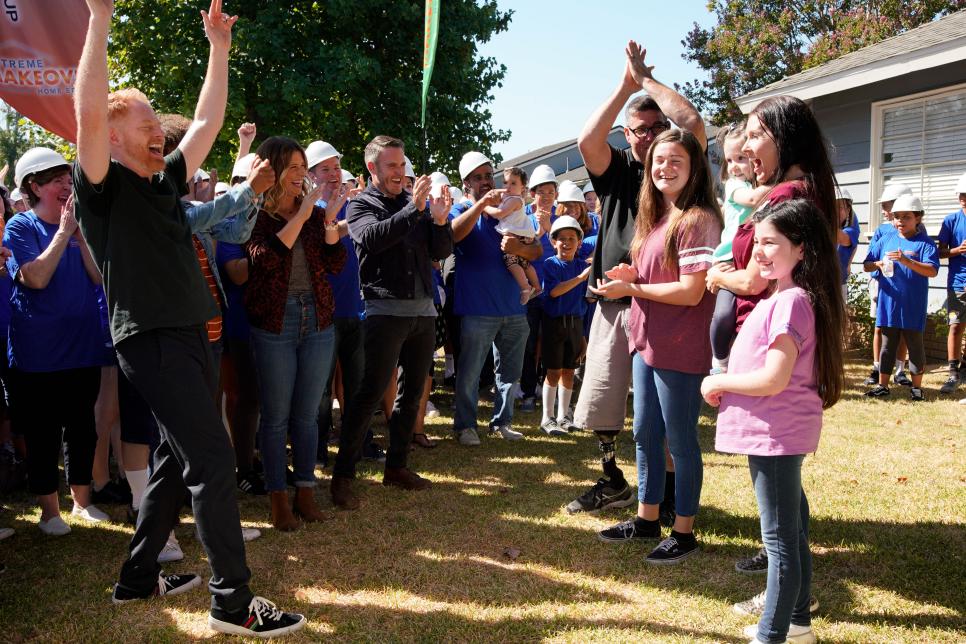 ‘Extreme Makeover: Home Edition’ is a home improvement reality show, especially directed toward the less fortunate societal strata and community schools. Created as a spin-off to ‘Extreme Makeover’, which follows people going extensive personal transformations, ‘Home Edition’ originally aired on ABC from 2003 to 2012, spanning across nine seasons and airing 200 episodes. Noting its incredible success, HGTV picked up the show and confirmed it via an announcement on January 15, 2019.

Who is the host of Extreme Makeover: Home Edition?

Actor Jesse Tyler Ferguson serves as the host of the revived version of the series on HGTV. The Emmy Winning star is mainly known for his role as Mitchell Pritchett in Modern Family. His reality tv stints include him featuring as a judge in ‘So You Think You Can Dance‘ and appearing in an episode of TBS’s ‘Drop the Mic‘.

Talented craftsman, carpenter, and designer Ty Pennington is another addition to the crew. Ty, the guest stars, willing volunteers, and the design team work together to give extreme makeovers to properties featured in the show.

What is Extreme Makeover: Home Edition about?

The rebooted version of ‘Extreme Makeover: Home Edition’, as described by HGTV, showcases “great stories, inspired volunteers and mind-blowing home renovations for families who give back to their communities. The whole-home overhauls will include interior, exterior and landscaping—all completed within seven days while the family is sent away for the week.”

The format is almost similar to that of the parent series. Usually, each episode is centered around one family, who has recently faced a hardship — which can involve a natural disaster or one of the members battling a serious illness. In order to give them hope, the Extreme Makeover team partners with a local contractor and gives a complete overhaul to the family’s house.

The renovations are extensive, including changes to the exterior facade, interior design, and landscaping. To complete everything, the crew gets only one week while the featured fam is sent off on a sponsored vacation by the show’s producers. Sometimes, it also happens that a home is too damaged and there’s no scope of repair. In such cases, the team opts for complete replacement. Almost all the labor and material used in the makeover are donated and the entire renovation is completed with the assistance of several skilled and unskilled volunteers.

You can check out the official sneak peek for season 1 of the show below: