F is for Family Season 6: Renewed or Cancelled? 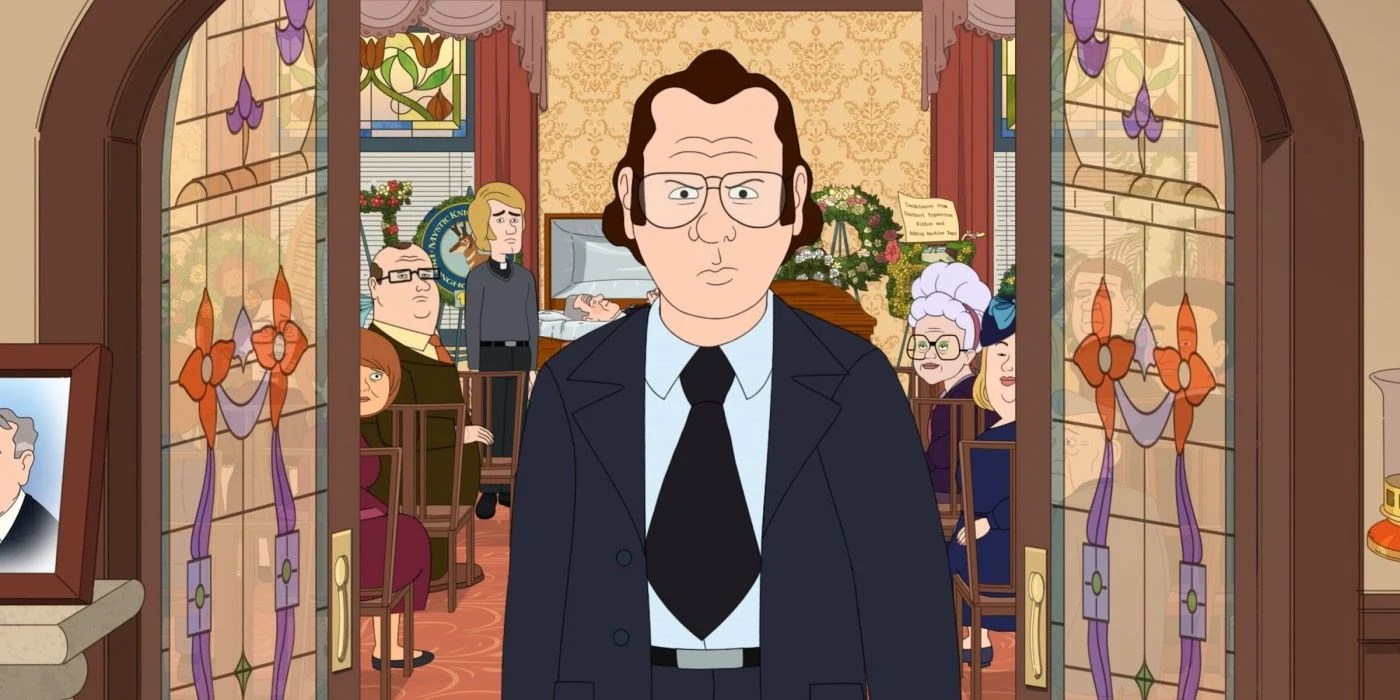 Set in the 1970s, Netflix’s adult animated series ‘F is for Family’ centers around the Murphys, a dysfunctional Irish-American family living in the fictional suburbs of Rustvale, Pennsylvania. It consists of Frank X. Murphy and Susan “Sue” Murphy – a foul-mouthed Korean War veteran and a struggling entrepreneur, respectively – and their four children. The black comedy show progresses through the idiosyncrasies and misadventures of the family and the people around them.

Created by Bill Burr and Michael Price, the show is one of the highly acclaimed animated series that has received praise for its crude humor, social commentary, and Bill Burr’s signature voice performance as Frank. Originally released on December 18, 2015, the show went on to deliver five successful seasons. After the premiere of a wildly hilarious fifth installment, fans of the show must be wondering about the prospects of a sixth iteration. So, here’s everything you need to know about ‘F is for Family’ season 6!

‘F is for Family’ season 5 landed in its entirety on November 25, 2021, on Netflix. The fifth season comprises eight episodes with a runtime of 26-30 minutes each.

As far as the sixth season is concerned, we’ve got news for you. On October 1, 2020, Netflix renewed the animated show for its fifth and final round. Talking about the end of the series, co-creator Michael Price said that it felt bittersweet to conclude the show as it has been a remarkable experience in his career. “Working on this show with the great Bill Burr, Vince Vaughn, and our amazing cast, writers, producers, and crew has been the greatest joy of my life, […]  I’ll be forever grateful to everyone at Netflix, Gaumont, and Wild West who let us share this stressed-out, foul-mouthed and loving family with the world,” Price said in a statement.

Here's our Season 5 poster art. Suitable for crying over. pic.twitter.com/tMTXrU77Xx

The co-creator and lead voice artist Bill Burr also expressed his gratitude. “Thank you to all the fans that watched this show. Thanks to Vince Vaughn, Peter Billingsley, Victoria Vaughn, Ted Sarandos, and all the INCREDIBLE writers, performers, animators, editors, and musicians that made this show happen. Special thanks to the Captain of the Ship: The great Mike Price! I love all you guys!” he said.

The announcement of the series coming to an end came as a shock to fans the show has garnered over the years. When asked about moving and continuing the satirical sitcom on an alternative streaming platform, Michael Price explained that it wasn’t possible due to the legal complexities and Netflix’s ownership of the rights. He also revealed that he is involved in another animated project that may land on the streaming giant. Taking all these factors into consideration, it is unlikely that ‘F is for Family’ season 6 will ever get made.

Can't say for sure cuz we have no real plans for it. We definitely would love to do more with Rosie. I'd like to see what kind of Dad Kevin would turn into when he's in his 40s or so. https://t.co/khwGEJkGpw

The series has joined the ranks of highly-rated animated Netflix originals, such as ‘BoJack Horseman’ and ‘Big Mouth.’ Even though the extremely admired show has come to an end, the Murphys may return to the screens in some other way. When asked about the possibility of a spin-off show, Michael Price wrote on Twitter, “We definitely would love to do more with Rosie. I’d like to see what kind of dad Kevin would turn into when he’s in his 40s or so.” However, he gave a disclaimer that there were no such plans at the moment. So, there may be a long wait, but the return of the quintessential misfits is indeed worth it.