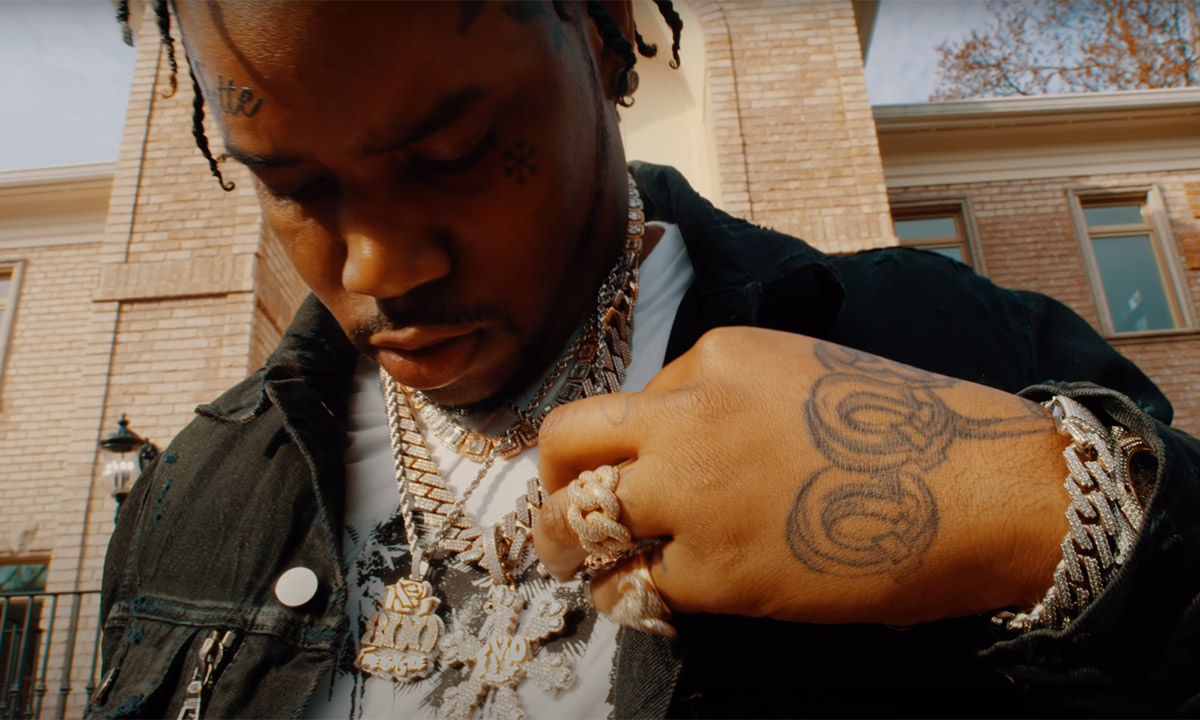 Fivio Foreign or Maxie Lee Ryles III, the famous American songwriter and rapper, is not dead despite rumors to the contrary. Fivio rose to fame with ‘Big Drip,’ his single, following which he worked with artists like Drake, making his way to the Billboard charts. The Brooklyn born rapper is an emerging star who has quite a bit of potential. Naturally, fans have been concerned to hear the news he might have passed away. However, how did the rumors start?

The rumors about Fivio’s death started doing the rounds even more because reputable and trusted sources reported on it. Twitter was abuzz on the night of August 9, 2020. Tales started circulating that Foreign was shot to death in front of the Eleven45 club in Atlanta. Soon after that, videos began to emerge of what looked like Fivio’s truck. You can see it below, and how the vehicle has sustained damage consistent with a shooting.

The video was followed by the inevitable news that Fivio has passed away. People started taking to Twitter to offer condolences, and Murda Beatz, the reputed producer, also jumped onto the bandwagon. However, it became evident rather quickly that the news was a hoax and Foreign’s alive and okay. Murda went on Twitter again to express his apologies for feeding fuel to the fire. See his post here.

My deepest apologies. I got a call from a friend in Atlanta who gave me false information. Thank god he’s ok and sorry for posting without confirmation anyone I upset by my mistake. 🙏🏻💙

Not one to take things lying down, Fivio has decided to come forward and clear the air himself. During the confusion, Foreign posted some videos on Instagram live, where he can be seen eating, drinking, and living the best life possible.

JUST IN: Fivio Foreign posts video from restaurant amid rumors that he had been shot pic.twitter.com/fmY9YB0Ize

Once the news about Fivio being alive got out, fans wanted to wish him for his safety. Fivio responded to them as well, in a tweet, saying he doesn’t stay safe, he remains dangerous. However, Foreign has made it a point to express his gratitude and assure them that all is well.

Thanx all my demons for bein concerned bout me.. I’m fine.. I don’t stay safe I stay Dangerous 😈 & I move around w God ❗️Trust me I’m good 🤞🏽

Typically, death rumors start from unverified sources and then snowball into something uncontrollable. However, this time, Twitteratis are not really at fault, since industry sources you can trust – like Murda Beatz, also bought into the story. Of course, there have been equally trustworthy detractors, like Kenny Beats, saying Fivio was okay all along.

I just got word that Fivio is OK

It is understandable how a netizen might get confused in such a scenario. Thus, Foreign needed to step in and clear the air, this time. We can all rest assured that the rapper has not come close to any bodily harm, and is doing good. Foreign is not just in his prime, healthwise, but is looking to reach the peak when it comes to his career as well. To that extent, the promising rapper has posted a sneak peek at his new music video, which is slated to release on August 12, 2020. See it here.