Will There be a Fairy Tail Season 4? 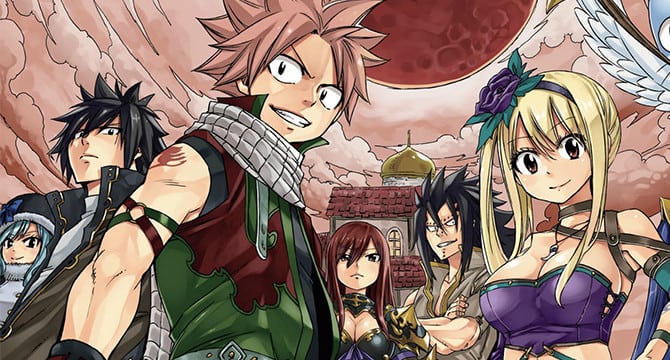 Fairy Tail (also known as Fearī Teiru in Japanese) is a Japanese fantasy anime television series which is based on a manga series of the same name. Written and illustrated by Hiro Mashima, the manga series was first published on August 2, 2006, and the final volume was published 11 years later on July 26, 2017. Mid-way into its run, the manga series was picked up for an anime television series, and Season 1 of Fairy Tail first made its way to viewers’ screens on October 12, 2009.

Season 9 of the anime series was directed by Shinji Ishihara and like previous seasons follows the adventures of Natsu Dragneel and Lucy Heartfilia of the fictional guild Fairy Tail. The ninth season has two story arcs: the first seven episodes continue the “Avatar” arc, which adapts from the final chapter of the 49th volume to the second-to-last chapter of the 51st volume of the Fairy Tail manga, whereas the remaining 44 episodes form the “Alvarez” arc, which adapts material from the last chapter of the 51st volume to the manga’s conclusion, depicting the guild’s war with the militaristic Alvarez Empire, and Natsu’s final battle with his adversaries Zeref and Acnologia.

After nine successful seasons, you must be wondering, will there be a Fairy Tail Season 10?

As far as another season goes, it is more than evident that the ninth season was the last of the show. So, unless the creator of the show, Hiro Mashima, decides to revive the show, Fairy Tail season 10 stands canceled for all practical purposes. Though, we are definitely sure, that Fairy Tail manga and its characters will continue inspiring anime movies in the future.

Being an extremely popular anime show, Fairy Tail has a great English dub by talented voice actors. If you want to watch the English dub of the show, you can find dubbed episodes on Funimation, Crunchyroll, Anime Lab, and Netflix.

Being a fantasy anime show, the events in the show take place in a mystical place called Earth Land which is home to wizards, numerous guilds, and all sorts of fantastical creatures. Magic runs deep in Earth Land and its inhabitants pretty much use it for anything, be it for transportation, utilities, or combat.

In this backdrop, the show follows a dragon slayer called Natsu Dragneel, who is part of the Fairy Tail guild. The show starts off with Natsu exploring the Kingdom of Fiore while searching for his adoptive father, a dragon called Igneel. During his quest to find his father, Natsu chances upon other like-minded people and befriends them. His first friend on the journey is a young celestial wizard called Lucy Heartfilia, and Natsu quickly invites her to join his guild.

Soon enough, Lucy becomes a part of a team that is comprised of Natsu and his partner Happy, who is a cat-like creature from a race called the Exceed. As the show progresses, Lucy, Natsu, and Happy are joined by other guild members, namely an ice wizard called Gray Fullbuster, a magical knight called Erza Scarlet, and another dragon slayer-Exceed duo – Wendy Marvell and Carla.

As the show progresses, Natsu and his team of skilled and powerful guild members embark on various quests of epic proportions, hunting down criminals, battling illegal dark guilds, and taking on ancient demons created by the immortal dark wizard Zeref. After numerous such quests, Natsu and co. finally encounter Zeref, but things quickly get out of hand for the young adventurers when an evil black dragon called Acnologia arrives on the scene. Acnologia is powerful and ruthless, but the team manage to survive its onslaught.

Later in the show, Natsu and co. again find Zeref and try to take the battle to him, but Acnologia again interrupts their efforts. At this point of time, Natsu’s long-lost father Igneel, who had sealed himself within Natsu’s body, emerges to fight Acnologia, but gets killed by the evil dragon with a helpless Natsu watching on.

Devastated and enraged by the murder of Igneel, Natsu and co. escape to fight another day, and they start plotting their revenge against Acnologia. With both Zeref and Acnologia on the loose, and getting stronger by the day, Natsu and his friends have to work together as a unit, use their wits, and give it everything they have to purge the land of their evil.

Fairy Tail has dozens of characters but Natsu and his fellow Fairy Tail members make up the list of main characters in the show. Below, we’ve given you a brief background on them.

Natsu Dragneel: The main male protagonist of the show, Natsu is a dragon slayer who is known as “The Salamander” among the masses. Carefree, reckless, and constantly getting on the nerves of his fellow guild members, Natsu is can be quite annoying and brash. However, he is shown to be a particularly loyal and protective friend who will go to any lengths to protect his guild members and those he cares about. Natsu also has the ability to make friends easily and is shown to have extremely powerful magical abilities which allow him to combat dragons.

Happy: Natsu’s partner, Happy is from the Exceed race, and looks like a cat. However, he has the ability to speak, can sprout wings and fly at incredible speeds, and can carry one person when he does so. Happy is shown to be extremely close to Natsu, and he also quickly befriends Lucy when she joins the Fairy Tail guild.

Lucy Heartfilia: A young celestial mage, Lucy is the main female protagonist of the show. She starts off as an independent novice mage, and meets Natsu on her journey. At Natsu’s invitation, she then joins the Fairy Tail guild and becomes part of Natsu’s party. Lucy is indeed attractive and is a confident and sexy individual who has a love for literature and wants to document her adventures and make it into a novel. As far as her abilities are concerned, Lucy practices stellar spirit magic which allows her to summon spirits from another world to fight by her side. These spirits have an enormous range of powers and skills and are an asset to the Fairy Tail guild on their adventures.

Gray Fullbuster: Another member of the Fairy Tail guild, Gray is an ice mage who has the power to mould and shape ice to his will. A pretty haughty character who is often accused of being an exhibitionist, Gray shares a friendly rivalry with Natsu and the two can often be seen fighting against each other in a bid to come out on top and improve their skills.

Erza Scarlet: A beautiful young woman with long red hair, Erza is also part of the Fairy Tail guild and is a powerful magical knight. Thanks to her magical abilities, Erza can wear many magical armour sets and is a tough opponent in battle. She is also shown to be quite strict, and can often be seen reprimanding the other, more childish members of the Fairy Tail guild. Yet, she is extremely loyal to and protective about her friends and fellow guild members.

Wendy Marvell: A dragon slayer like Natsu, Wendy is quite young and has the additional ability to manipulate air. She is also shown to be an accomplished healer, and her magic can heal the most serious of injuries, even those caused by creatures as powerful as dragons.

Charles: Wendy’s companion and another Exceed like Happy, Charles boasts more or less the same powers as Happy does. In the show, it is revealed that Wendy found Charles as an egg, and they have been together ever since.