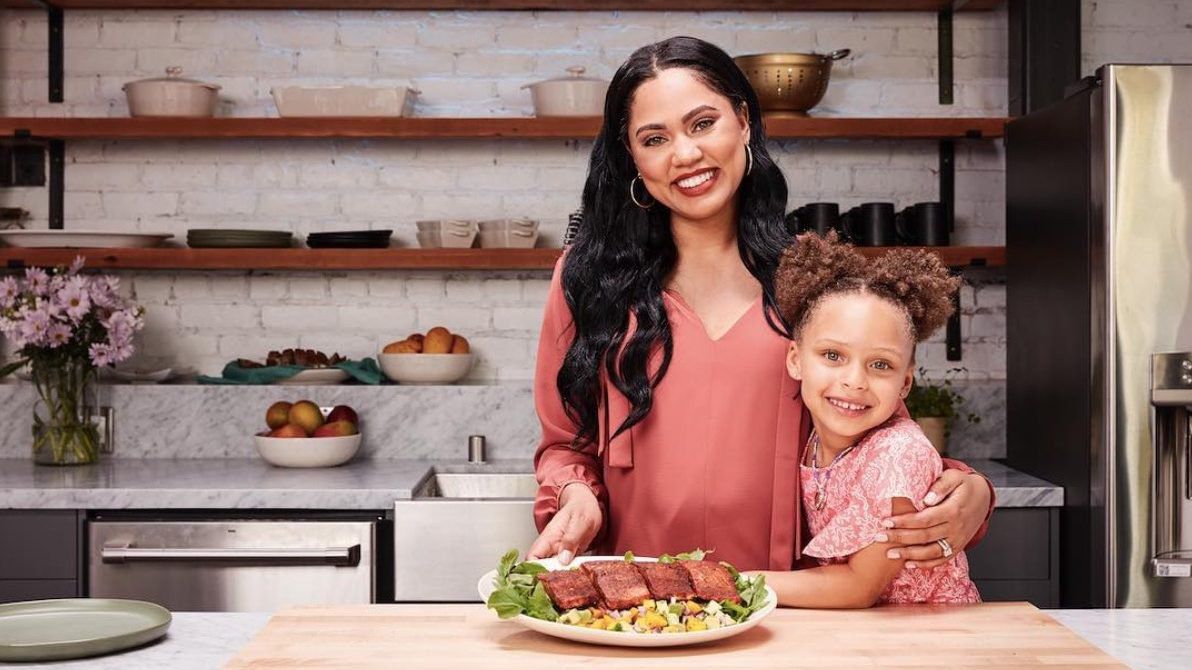 ‘Family Food Fight’ showcases multi-generational families with diverse backgrounds from all parts of the continent who participate in a sequence of difficult cooking challenges, in a battle to win the ultimate cash prize of $100, 000. Most of the recipes are inspired by real home-cooking techniques and family food traditions. This culinary competition features eight families comprising three members each, who work in unison to curate the grand dish that earns them the final prize of $100,000. The show airs on ABC and first premiered on June 20, 2019.

Family Food Fight Cast: Who is in it?

‘Family Food Fight’ features Ayesha Curry as the host and judge. A Canadian-American actress, celebrity cook, TV personality, and author of the cookbook, ‘The Seasoned Life’, Curry is well-known for hosting her own Food Network show, ‘Ayesha’s Homemade’. Accompanying her on the panel are fellow judges, Graham Elliot and Cat Cora. Elliot is an elite chef who has been the host and judge in ‘MasterChef‘, ‘Top Chef‘, and ‘MasterChef Junior’. Professional chef, Cora, is an ‘Iron Chef‘ alum who co-hosted the FOX show, ‘My Kitchen Rules’, a culinary docu-series.

The eight participant families featured on season 1 came with their own taglines. They are: the Graves Family (People Mumble. Food Speaks. Let’s Talk), the Maniya Family (Loud and Proud), the White Family (Let the Church Say Amen), the Lenzi Family (We don’t eat to live, we live to eat), the Lee Family (Sugar, Spice, & Everything Rice), the Nichols Family (We Cook Like Mama Did), the Livanos Family (We Run on Olive Oil), and the Min Family (Cooking for the Culture).

The host, Curry, and judges are expected to return for season 2, while we will have a new set of contestants from diverse backgrounds.

Family Food Fight Plot: What is it about?

‘Family Food Fight’ pits eight families against each other “head-to-head in high pressure cooking challenges inspired by real home cooking and family food traditions.” Anyone above the age of 18, who is a legal US citizen, can participate. The one family that wins the contest is declared as America’s #1 Food Family and gets the chance to pocket the grand prize of $100,000.

Most of the recipes depicted on the show are based on old family traditions. They may be your Italian granny’s everyday meals, your brother’s favorite grilled filet, or your Greek aunt’s ultimate dinner feasts. As the families attempt to showcase their best culinary skills and show off their carefully guarded, prized family recipes, ‘Family Food Fight’ tries to highlight their diverse cultural heritage. Fast-paced and high-pressure challenges are specifically designed to test the capabilities of the rival teams and stretch their limits. With a mix of fun elements and good humor, this series brings in a lot of action and a healthy dose of drama as well. Yelling at younger siblings and insults at competitors are some of the staple elements across the episodes. And after all the chaos, finally, the team which carves out the best personal recipe to impress the judges is declared as the winner in the grand finale.

‘Family Food Fight’ revolves around one simple concept: “How do you take something and put your spin on it based on your family history and who you are?” Although the competition is hard and the challenges are difficult, it is all about family, which comes first toward the end. Moreover, the show does a wonderful job of bringing diverse contestants to the table. As we watch every episode, we learn about the histories of these countries and get to know about their unique cultures through their dishes.

Season 2 will see a different set of contestants, but what is not expected to change in the next season is its wonderful concept and format.

Family Food Fight Season 2 Release Date: When will it premiere?

‘Family Food Fight’ Season 1 premiered on ABC on June 20, 2019 and ended its run on August 15, 2019. The show, featuring an uncommon blend of competition, delish recipes, fast-paced and high-pressure challenges, and participants from diverse backgrounds, introduced a novel concept to reality tv fans.

Now, will ‘Family Food Fight’ be renewed? ABC has not made any official announcement yet. Though, considering its novel concept, which does seem promising, we would not be surprised if the creators decide to go for another installment. And if that happens, you can expect ‘Family Food Fight’ Season 2 to premiere sometime during the summer of next year, i.e around June 2020. We will update this section as and when we learn more.