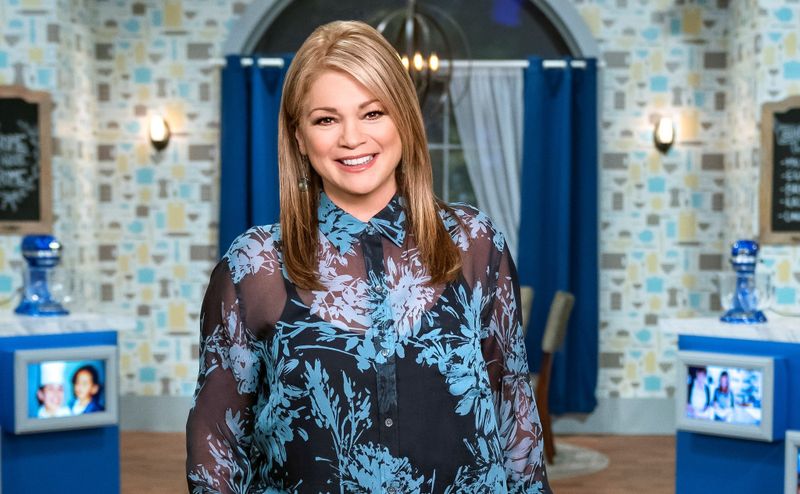 Family Food Showdown is a family-focussed reality tv series that airs on Food Network. The first season premiered on March 3rd, with each one-hour-long episodes of this TV show featuring two families who are pitted against one another to win a grand prize of $10,000. The 3-round competition is also bound by time and tests the cooking skills, relationship dynamics, and recipe expertise of the participating families. During the competition, the participants are additionally thrown various twists and challenges, with the members using their creativity and quick thinking skills to face and solve them within the limited time frame.

Season 1 of the show consists of 13 episodes. Each episode features families who are either in need of some quick cash to save their restaurant or just want a quick break from their routine life. The show is compelling, fast-paced, and interesting — combining awesome cooking techniques and experience with family ties  — which make it altogether an original watch. Fans would surely want to know about the upcoming season of the show. So, here it is.

Family Food Showdown Cast: Who is in it?

Family Food Showdown features Valerie Bertinelli as the host. She is already a renowned actress who has received the Golden Globe Award twice and is mainly recognized for her performance as Barbara Cooper in One Day at a Time. Over the years, she has gained fame in multiple roles such as an acclaimed television personality and a vivacious spokeswoman. She is the co-host of Kids Baking Championship on Food Network and has appeared as Melanie Moretti in Hot in Cleveland — a critically acclaimed sitcom on TV Land. Bertinelli got a coveted star — on the Hollywood Walk of Fame — held in August 2012.

In Valerie’s own words about her love for cooking in an interview with Daily News, “I’ve loved cooking since before acting, and I’ve been acting since I was 11.”

She also received the title of the best-selling author by the New York Times for One Dish at a Time, Finding It and Finally Satisfying My Hunger for Life and Losing It and Gaining My Life Back One Pound at a Time, and Valerie’s Home Cooking — which has the same name as that of her Emmy-nominated series on Food Network.

According to Courtney White — General Manager and Executive Vice President, Programming of Food Network and HGTV — on Corporate Discovery, “With Family Food Showdown we are excited to showcase talented families cooking and coming together in a creative, competitive series that will also spotlight the role of family dynamics in how these teams work together, for better or worse, in their bid for the prize and family pride.” “Our viewers have come to enjoy Valerie’s warmth in the kitchen and her unique charm and mentorship with the next generation of bakers on Kids Baking Championship, and with this expanded presence on Food Network, fans can look forward to more to come.”

Family Food Showdown Plot: What is it about?

Here’s a glimpse of what the reality series has to offer to its viewers in its first season.

Season 1, Episode 1 — titled Mom vs Mom — features an Italian family from New York and a Filipino-American family from Utah. While the former family’s son and fiancee own a pizza food truck on Long Island, the latter’s mother is a chef of a food truck, owned by her daughter and husband in Salt Lake City. The competition pits both the matriarchs against each other to dish out the perfect Mother’s Day meal.

Season 1, Episode 2 — titled Virginia Beach Twins vs. Southern Soul Food Ladies — features a father-in-law with two identical twins and another 3-member foodie family. The first family owns a water-facing Mediterranean restaurant in Virginia Beach and the second family has a catering company in Alabama. Both of them need to compete against each other to cook fabulous surf-and-turf dishes, create the ideal combo of sweet and savory delicacies, and use innovative ideas to churn out new recipes from the conventional macaroni and cheese.

Season 1, Episode 3 — namely, Cuban Restaurant Family vs. Cajun Seafood Family — features the Santana family and the Harris family. The former members hold expertise in Cuban recipes and the latter owns a restaurant backed by the recipes from their grandpa Cajun. Valerie puts up the children of each family against each other in the ultimate challenge that tests their skills on cooking traditional rice specialties, sandwich duos, and Sunday suppers.

Season 1, Episode 4 — namely, Military Food Truck Family vs. Tight-Knit Cousins — features cousins from a Dominican family and a Southern military family with their mom and two daughters. The cousins operate 15 restaurants and the latter owns a food truck. The two teams are required to cook classic pork dishes, kids’ party favorites, and a weeknight dinner in 20 minutes.

The next season is expected to follow a similar pattern of pitting family vs family. It will be interesting to see what kind of families does the Food Network puts together next time around. What is also something to look forward to is family dynamics — coupled with delicious recipes and food preparations in this one-of-its-kind, unique show. In the words of Valerie herself, “You really get to learn why they’re there, where their passion for cooking comes from, why they have a restaurant, why they have a catering company. What’s going wrong? What’s going right? Why do they need money? Why do they need the publicity? You get to really dive deep into these families, and I love it.”

Family Food Showdown Season 2 Release Date: When will it premiere?

Family Food Showdown Season 1 premiered on March 3, 2019. As far as the next season goes, we don’t have an official announcement yet. Though considering the popularity of the show, we would be surprised if it doesn’t get another season. Our best guess is that if the show does get renewed, Family Food Showdown Season 2 can release sometime in March, 2020. We will update this section as soon as we hear more.