Where to Stream Family Guy? 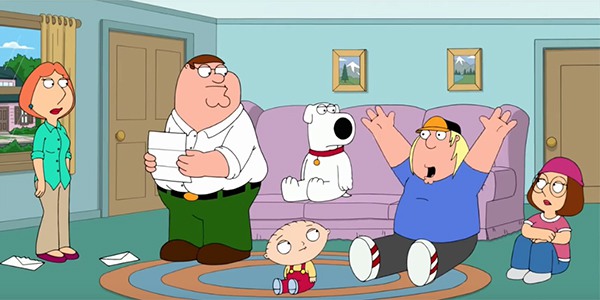 ‘Family Guy‘ is a long-running series that comments on and critiques the American culture. We follow the Griffins who live in a fictional city. Peter is the family patriarch and somewhat the central character. But, equal focus is also on his wife, and three children as well as the pet dog. It has appealed to fans over the seasons, and while character arcs develop through time, the episodes are generally unrelated. Each instance explores an aspect of American culture or society. The series has been praised for its sense of humor, and meta-gags, which might make you curious about where to stream it. We have got you covered and will also tell you a bit more about ‘Family Guy.’

What is Family Guy About?

There are many adjectives to describe the show – including ‘sickly,’ ‘twisted,’ and ‘politically incorrect.’ It features the adventures of the Griffin family, who are idiosyncratic. It is incredible how the youngest child has plans of world domination, while the eldest is the most unpopular girl in town. The middle child isn’t too bright but harbors a deep passion for films. Even the dog is funny. As we track them each day, we learn more about the characters, and layers are peeled back. While ‘Family Guy’ is focused on tackling issues, the show also endears us to the characters.

Is Family Guy on Netflix?

Netflix maintains a laudable roster of movies and shows, making the platform a preferred destination for many viewers. It also boasts of a fantastic adult animated show section. While you can’t stream ‘Family Guy’ here, you can check out ‘Big Mouth.’ The series focuses on teenage friends who find their lives changed by the joys and horrors of puberty. The edgy series is bound to leave you in splits.

Is Family Guy on Hulu?

Hulu has a dynamic roster of content, which is why the site keeps drawing new viewers each day. ‘Family Guy’ is on Hulu, so subscribers are in luck. Check it out here.

Is Family Guy on Amazon Prime?

Amazon Prime keeps a well-stacked library of movies and shows which are sourced from around the world. ‘Family Guy’ is not part of Prime’s roster, but you can buy the episodes or the seasons and watch them. Check it out here.

Where to Watch Family Guy Online?

If you want to watch ‘Family Guy’ online, you can check it out on Fox Now, FX Now, Sling, FuboTV, and Adult Swim.

Where to Stream Family Guy For Free?

If you want to stream ‘Family Guy’ for free, you have to use Hulu’s trial period or the one offered by FuboTV. But, we recommend viewers to pay for the art they consume.