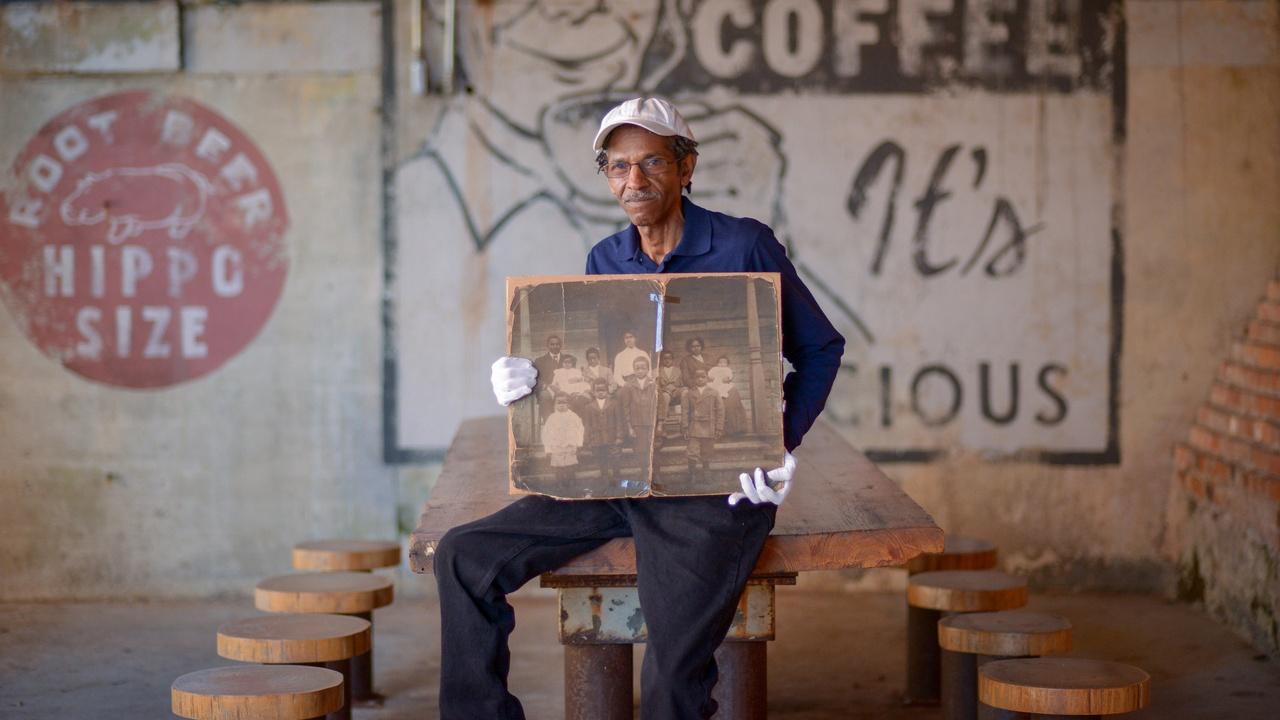 There was a time, before the advent of smartphones and DSLRs, when we used to preserve our special moments in family albums. Reliving these bygone times and exploring multiple cities, towns, and rural communities, through forgotten yet delicately preserved photo collections, is ‘Family Pictures USA’. This PBS show attempts to unearth some of the richest personal tales that enhance our knowledge about history, diversity, and culture. Entwining history with mystery, the 3-part series delves into the past of people and the places they live in.

Family Pictures USA Cast: Who is in it?

Thomas Allen Harris is credited as the host, director, creator (alongside Don Perry, Harris’ life partner), and executive producer for ‘Family Pictures USA’. Harris is a filmmaker and artist, who is well-recognized for the sensitive subject matters that he approaches through his films, videos, photography, and performances. He explores humanity via unraveling identity, family backgrounds, and spirituality. Also a talented writer, he graduated from Harvard College and the Whitney Independent Study Program. Harris has delivered multiple lectures about media and its contributions toward social change. Some of the topics covered in his sessions include media arts, visual literacy, and personal archiving.

Some of Harris’ critically acclaimed films include ‘VINTAGE- Families of Value’, ‘That’s My Face’,’ and ‘Twelve Disciples of Nelson Mandela’. Other notable movies like ‘Through a Lens Darkly: Black Photographers’ and ‘Emergence of a People’ received Peabody and Emmy nominations. The African American filmmaker’s short movie, ‘About Face: The Evolution of a Black Producer’, debuted on World AIDS Day 2017.

His rich experience in revealing stories from family photo albums and narrating personal tales through images makes him the ideal host for the show.

Family Pictures USA Plot: What is it about?

‘Family Pictures USA’ chronicles the evolving social landscape of America by re-visiting our understanding of family albums. Harris travels from the streets of Detroit to the shores of Southwest Florida and the rural farms of North Carolina to explore how these image collections form an inevitable aspect of our culture and history. Across the episodes, we witness how featured individuals reconnect with their long-lost relatives and old friends, thereby, taking a step forward toward creating an all-inclusive National Family Album.

Each episode begins with a community photo-sharing event, where participants retrieve pictures stashed away in dusty boxes, unused floppy disks, or unexplored corners of their homes. Harris then starts a conversation, encouraging the featured individuals to share their tales of hardship, perseverance, and love. The episode then unfolds further to highlight the communities they live in — so as to expand the narration to the entire region and locality.

‘Family Pictures’ premieres by visiting North Carolina, whose economic history is based on the tobacco and textile industry. Although the state holds a rural past, it is rapidly transforming to embrace urbanization. Harris re-discovers several family photographs and we learn how the small town of Durham developed into a prominent city — housing a thriving African American populace and being home to the financial district, Black Wall Street.

The next featured city on the series is Detroit. The episode follows the descendants of Native Americans and slaves and chronicles how their ancestors helped build the city. Harris first lands in the oldest hat store in the U.S. and discovers that a border wall had been built by the U.S. government with an aim to separate the black and white neighborhoods. Detroit was one of America’s leading cities in the 1960s, which soon was stripped of its fame. But it rose again and Harris traces this journey via personal photos and stories of the city’s proud residents.

The final locales showcased on ‘Family Pictures USA’ are Fort Myers and the Paradise Coast of Southwest Florida. Spanning from the Caloosahatchee River to the Everglades, this region is home to many Native Americans, cattle ranchers, fishing communities and restaurateurs. Members of these factions narrate their individual family stories. We get to witness Immokalee (which still depends heavily on cattle rearing), meet the descendants of Seminole leader Osceola (who still have carefully preserved their traditions), and come across a couple who had saved Estero Bay and created Florida’s first aquatic preserve.

Family Pictures USA Season 2 Release Date: When will it premiere?

Developed as a three-part educational documentary, the show offers a fresh outlook into the past and cultural evolution of America. And it comes with the scope to tell many more such stories about many other American regions. Of course, the long-term aim of the title is to create a comprehensive National Family Album! So, although PBS has not revealed anything about a renewal, we hope that it is commissioned for another season. We shall update this section as and when we learn more about ‘Family Pictures USA’ season 2 release date.

While we wait for an update on ‘Family Pictures’ season 2, check out the season 1 trailer below. You can also head to PBS to check out the previous episodes.