When Will Family Reunion Part 3 Premiere on Netflix? 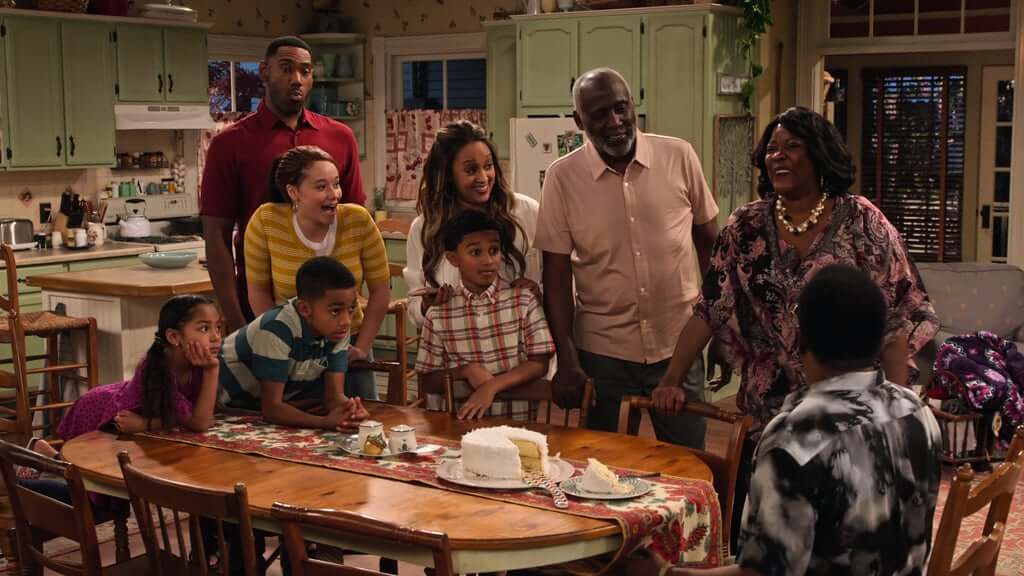 With qualities of a funny sitcom and an all-black ensemble cast, ‘Family Reunion’ truly succeeds in bringing home the old-school charm of covered porches and carved newel posts. ‘Family Reunion’ is a family sitcom that follows the McKellans as they move from Seattle to Georgia to stay close to their extended family.

With a great deal of chaos, flared tempers, mini squabbles, and a lot more fun, this is a ride filled with laughter, southern charm, and energy. Created by Meg DeLoatch (‘Fuller House’, ‘Eve’), and directed by Eric Dean Seaton (‘Modern Family‘), this is yet another Netflix Original that focuses on the vibrant and rich African-American culture.

Season 1 of the show launched on Netflix with its first part of 10 episodes in July 2019. The second part of the show released in January 2020. The inaugural season opened to positive reviews. Now the question is, will there be a ‘Family Reunion’ season 3? Let us find out.

Family Reunion Season 3 Release Date: When will it premiere?

‘Family Reunion’ Season 1 premiered on July 10, 2019, on Netflix. The streaming platform had earlier commissioned a 20-episode order for the project, out of which 10 has already aired. The rest of the episodes release as Part 2. The second set of ‘Family Reunion’ episodes premieres in two parts — a holiday special, which aired on December 9, 2019, and the additional nine episodes from the first season. ‘Family Reunion’ part 2 released on January 20, 2020.

This isn’t the first time in Netflix’s history that some episodes of a show have been held back to be released later. ‘No Good Nick’ and ‘The Ranch’ also were released in the same way.

Now, as far as the next season goes, Netflix has already renewed the multigenerational comedy for a new installment, comprising 16 episodes. The streamer has not announced a release date yet but if things fall in place and the platform sticks to its summer schedule, ‘Family Reunion’ season 3 will most likely premiere sometime in July 2020.

Family Reunion Cast: Who is in it?

The star-studded cast of ‘Family Reunion’ is led by Tia Mowry as Cocoa McKellan and Loretta Devine as M’Dear. Actress and producer, Mowry is best known for her roles in ‘The Hot Chick’, ‘The Game, and ‘Sister, Sister’. Here, she enacts the character of Cocoa McKellan — “a free-spirited mother from Seattle.” Emmy-Award-winning actress, Devine is a renowned name, mainly for her character portrayals of Marla Hendricks on ‘Boston Public and Adele Webber on ‘Grey’s Anatomy‘.  Cocoa is “the loving but strict matriarch of the family.”

Needless to say, the entire lead cast will return for season 3 as well.

Family Reunion Plot: What is it about?

In this multi-generational African-American Netflix comedy, a black family’s idea of vacation goes for a toss when they decide to leave their happening city life in Seattle and embrace the colorful humdrum of their down-home in Columbus, Georgia. They do so in order to be closer to their extended family, including matriarch M’Dear and Grandpa McKellan.

Arriving from the West Coast is Moz, his wife Cocoa, and their four children. Seeking the comforts of the countryside and affection of their kin, the family wishes to retrieve their original roots and culture. However, with three-hour church services and the hot, humid summers of the south, the McKellans face new challenges. But everything seems to be sorted after M’Dear’s delicious home cooking!

While Cocoa is a free-spirited mother from Seattle, Moz is a former NFL star. In contrast, M’Dear is the strict grandmom and a demanding mother-in-law, always sticking to her own standards of perfection. As per her, the entire family should pray, work, eat and dress according to her rules. Obviously, due to this tug of war, there is some tension that arises between Cocoa and Moz. However, they do manage to surpass these small obstacles and finally emerge as a big, loving family.

‘Family Reunion’ takes us to a world where adults and kids alike have something to learn from one another. It is a nostalgic journey that teaches us about the differences between generations. Gradually, the McKellans start realizing what they were missing all this while as they start adapting to the Georgian way of life. Full of funny yet heartwarming moments and focusing on the trials and tribulations of all the members living under the same roof, this spirited drama is all about an American family staying in harmony and learning to appreciate their roots. It definitely resonates with viewers all across the globe because families can come together to enjoy 30 minutes of unlimited fun, without any embarrassing surprises!

Written by an incredibly talented crew of all-black writers, ‘Family Reunion’ manages to stick to its claim of authenticity as well.  Coupled with merry dance sequences on several occasions and loud debates about new versus old parenting styles, it is definitely the best blend of modernity and tradition.

Creator DeLoatch expressed her views about the series saying, “I am extremely proud of this show. It is a true collaboration, with everyone on this production, from the cast and writers, to the directors, staff, and crew, contributing personal stories and traditions to help make our family dynamic and relatable.”

While we wait for an update on ‘Family Reunion’ season 3, check out the season 1 trailer below.