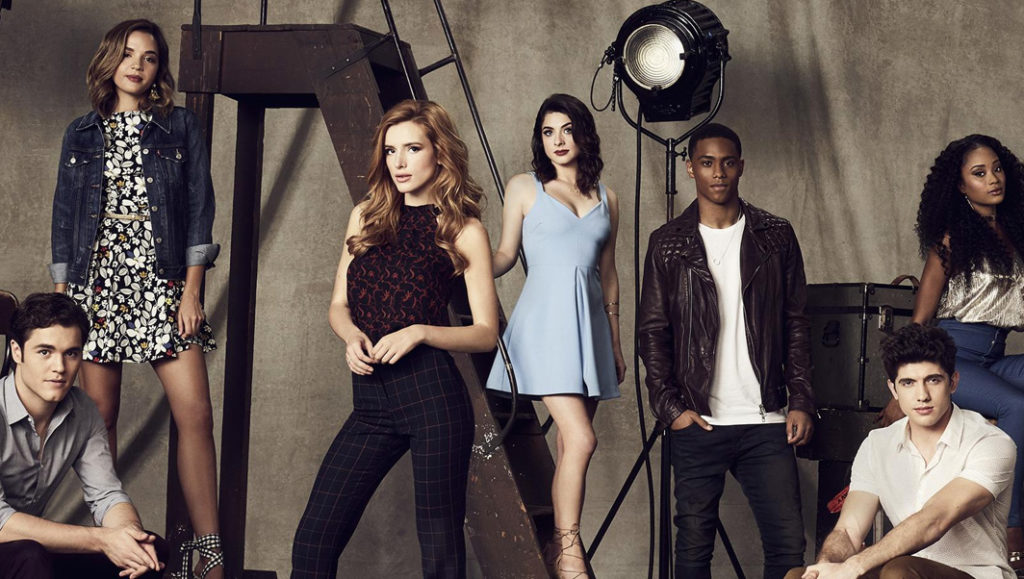 ‘Famous In Love’ is an American drama television series that airs on Freeform. The show first premiered on April 18, 2017. For those who might not know, the series is based on a book by the same name written by Rebecca Serle. Ina Marlene King, the famous producer, director, and writer known for ‘Pretty Little Liars‘ has a major role to play in this series. She helped develop the series for television along with Serle.

The storyline is about a young, star-eyed university student who is cast for a major film franchise called ‘Locked’ in the lead female role. Overwhelmed by her new star-studded life, she is unaware of how things will unravel and they may or may not always be in her favor. The show offers a number of leads while it mainly revolves around Paige, the young star who has to handle fame too soon and all the things that come with it.

As Paige enters into her new glamorous life, everything feels perfect and breathtaking at first, but soon she realizes how difficult managing the life of a celebrity can be and how it makes her struggle with her academics and real-life friends and love interests, Cassie and Jake. With her life twirling downwards, it is revealed to her and her friends that stardom is not all it seems and there is much to pay for the comforts and fame of this life that one accomplishes. As a young girl, with the heat between her co-stars, miscommunication, and distance from her friends, a love triangle and her studies, Paige has too much on her plate.

In today’s day and age, we are all trying to be celebrities or viral sensations. With the internet it is even easier, not to mention if you become a meme template. While there has always been a human need to attain celebrity status, to get all the validation the post brings, not to mention the coveting and the attention that comes with it, there is also a paradoxical human trait that begins to cherish privacy once the celebrity status is attained. The series is extremely timely when people will do all kinds of things from tide pod challenges to the Kiki challenge to become famous. It shows the downside to the celebrity culture and serves as an eye-opener. Naturally, it has developed a steady fan following and critics have lauded the show as well for nuanced handling and a stable plot.

Famous In Love Cast: Who is in it?

The cast for ‘Famous In Love’ includes Bella Thorne as Paige Townsen. She plays the role of a college student who is cast in a movie and sees her life change overnight, including getting the chance to date two guys. Thorne is best known for roles in films like ‘You Get Me’ and ‘The Babysitter‘. Charlie Depew appears as Jake Salt, a down to earth screenwriter and Paige’s friend who eventually becomes her love interest.

Georgie Flores plays the role of Cassandra or Cassie, Paige’s roommate and friend, Carter Jenkins is seen as Rainer Devon, a famous actor who is labeled as the ‘sexiest man alive’. Rainer too begins to take a romantic interest in Paige, which leads to complications.  Niki Koss appears in the role of Alexia Glenn, Rainer’s old friend who competes for the same role as Paige does. She is a closet bisexual.

Keith Powers is seen Jordan Wilder, a troubled star. Pepi Sonuga is seen playing the part of Tangey Turner, a pop star who has a controlling mother. She was sleeping with Jordan while dating Rainer, creating friction between the two men. Naturally, things come to a head when they are cast as different points of a love triangle in the movie as well, and one begins to question if art does really imitate life. We also see Perrey Reeves as Nina Devon, Rainer’s mother, and big-time producer. She is cunning and willing to be manipulative and ruthless to ensure things go her way.

There are several other recurring and guest characters who add to the celebrity frenzy that the show tries to exude, and we are given a glimpse into celebrity lifestyles through these characters, some of whom are child stars. In the upcoming season, if there is one, we expect to see the main cast return, and hopefully, they will be joined by some new faces as well, and that is bound to keep things interesting.

Famous In Love Plot: What is it about?

The plot of ‘Famous In Love’ show’s how a college student makes a big break in the entertainment industry and is left navigating her personal and celebrity lives, trying to maintain a balancing act between the two. The initial season ended in Rainer’s meltdown and we see a lot changing for Paige too soon, while the sophomore season starts with a decision Paige makes between Rainer, her co-star, and love interest and Jake, who is her best friend and also her love interest. As season 2 unravels, their show ‘Locked’ also faces some issues that have consequences for all.

Alexia, who is a part of a reality TV show and is also Rainer’s old friend, meets a scandalous revelation about herself on the show and everyone’s behavior changes towards her, as a result. Paige also has a stalker, and she feels unsafe and threatened and needs the help of the cops to find the person responsible. Meanwhile, her tension and distance with her two love interests rise as Jake heads off to a film festival with Billy and she and Rainer have to travel promoting their movie. By the end of the season, Paige is in a fix wondering if this is what she expected of her life in Hollywood before making it and does she really feel like being here anymore or even worse, does she belong here?

Famous In Love Season 3 Release Date: When will it premiere?

‘Famous In Love’ Season 2 premiered on April 4, 2018, and ended on May 30, 2018, with its last episode. On June 29, 2018, it was announced by Freeform that ‘Famous In Love’ had been canceled after two seasons. The network said, “We are proud to have had the opportunity to air ‘Famous In Love’. After many discussions, we have made the difficult decision not to renew the show for a third season. We want to thank our colleagues at Warner Horizon and our incredible producers, writers, cast and crew, especially Marlene King, for their creativity, hard work, and dedication”.

Though, fans should not lose all their hopes. There’s still a possibility that some other network picks up the show. If that happens, we will update you about ‘Famous In Love’ Season 3 release date.

Watch the trailer for Season 2 below to refresh your memories about the show.