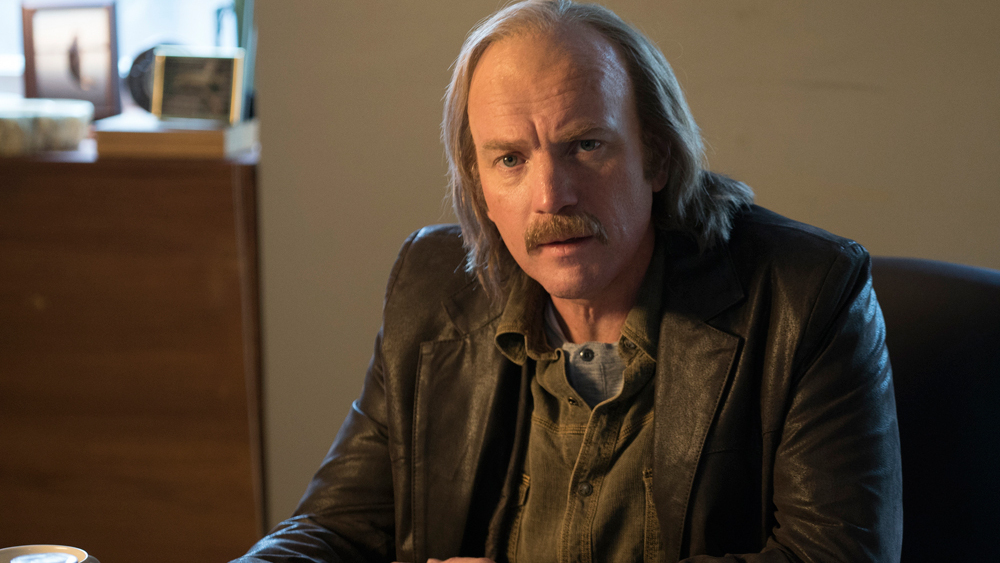 Fargo is an American black comedy-crime drama series written by Noah Hawley that premiered in 2014 on FX Network. The 1996 film with the same name written and directed by the Coen Brothers inspires the series. Fargo follows an anthology format. Each season is set in a different era, follows different storylines and different characters with minor overlaps.

The show has had three successful seasons so far. Here’s everything we know about Fargo season 4.

Fargo Cast: Who is in it?

Since Fargo follows an anthology format, the cast of the show changes with every season. In season 1, Billy Bob Thornton stars as Lorne Malvo, the primary antagonist. Malvo is a cold-blooded alpha-male who has a passion for killing. Billy is best known for his work in films like Sling Blade (1996), A Simple Plan (1998) and Eagle Eye (2008). His work in the original series, Goliath, earned him a Golden Globe in 2016.

Martin Freeman stars as Lester Nygaard, a life insurance salesman who is easily intimidated by everyone including his wife and has been bullied throughout his life. Freeman is known for his roles in films like Love Actually (2003), Captain America: Civil War (2016) and Dr John Watson in the British crime drama Sherlock (2010). Allison Tolman plays the female protagonist, Molly Solverson, a deputy who investigates the case of Malvo and Nygaard. Colin Hanks plays Gus Grimly, the officer who works on the case of Malvo and Nygaard.

In season 2, Kirsten Dunst stars as Peggy Blumquist, a hairdresser who gets into a hit and run case and tries to cover it up. Dunst rose to fame after her portrayal of Mary Jane in the Spiderman trilogy. Some of her other films include Eternal Sunshine of the Spotless Mind (2004) and Bachelorette (2012).

In season 3, Evan McGregor stars as Ray Stussy, a probation officer in St.cloud. Mcgregor is popular for his performances in films like Trainspotting (1996), Big Fish (2003) and Beauty and the Beast (2017). Mary Elizabeth Winstead stars as Nikki Swango, Stussy’s wife, who dreams of having a wealthy future with her husband. Winstead is known for her roles in Sky High (2005) and Final Destination 3 (2006). McGregor is also seen as Emmit, Stussy’s older brother.

The cast for season 4 will feature comedian Chris Rock, who will be seen playing the head of a crime syndicate. Other members include Dan Stevens, Jon Hamm of Mad Men fame, Ellen Burstyn and Zazie Beetz known for her recent performance in Joker.

Fargo Plot: What is it about?

Season 1 is set in 2006 and tells the story of Lester Nygaard and his co-incidental meeting with Lorne Malvo. Nygaard is a life insurance salesman from Bemidji, Minnesota, living with his wife, Pearl. He is a fragile and spineless man who is ill-treated and taken for granted by his wife. He has been bullied all his life, especially by Sam Hess, from high school. One day when Nygaard runs into Hess, who intimidates Nygaard to a point where he injures himself and ends up at the hospital.

Meanwhile, just outside Bemidji, Lorne Malvo hits a deer while driving on the highway on a cold January night. As Malvo and Nygaard are sitting in the waiting area of the hospital, they start talking. Nygaard tells Malvo about Hess and what happened. Malvo casually mentions killing Hess, which Nygaard out of his frustration, neither approves nor denies. Malvo eventually ends up actually killing Hess. Nygaard then kills his arrogant wife in a fit of rage and summons Malvo to help. Meanwhile, Deputy Molly Solverson and officer Gus Grimly try to solve multiple murders that they suspect are connected to Malvo and Nygaard.

Season 2 is set in 1979, in the upper midwest and tells the story of Peggy Blumquist, a beautician living in Luverne, Minnesota. It focuses on the Gerhardt family which is a famously known crime syndicate hailing from North Dakota. After their leader Otto dies, his three sons start competing for power. The third son, Rye, tries to extort a judge to free up some business assets and in the process ends up killing the judge and two Waffle Hut employees. While escaping the crime scene, he is hit by Peggy accompanied by her husband Ed as she is driving by. Assuming Rye is dead, Peggy and Ed try to cover up their accident. Meanwhile, state trooper Lou Solverson and sheriff Hank Larsson, investigate the triple homicide at the Waffle Hut.

Season 3 is set in 2010 in three towns around Minnesota and tells the story of a couple, Ray Stussy and Nicky Swango. Ray and Nicky dream to have a wealthier life together. The only way they see this happening is by stealing the valuable vintage stamp from Ray’s elder brother Emmit. Emmit is a wealthy businessman and also known as the ‘The Parking Lot King of Minnesota’. However, while attempting this burglary, their plan backfires, and they end up involving themselves in two deaths. While they desperately try to cover up, Emmit tries to pay back some money he borrowed from a shady business.

Season 4 is about a crime syndicate consisting of black migrants. It is set in the 1950s in Kansas City, Missouri.

Fargo Season 4 Release Date: When will it premiere?

Fargo season 3 premiered on April 19, 2017, on the FX network and ran for ten episodes. It received 6 Emmy nominations continuing the widespread success of the previous two seasons.

The good news for the fans is that the show has already been renewed for a fourth season. Fargo season 4 will most likely release sometime in early 2020. Stay tuned.

Check out this trailer from the debut season of Fargo. The series can also be streamed on Netflix.