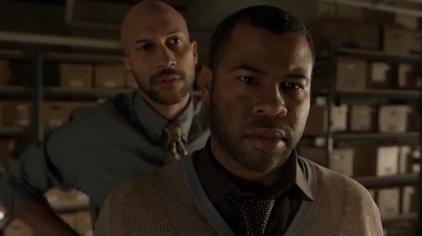 The third episode of ‘Fargo’s fourth season that dropped this week, does an incredible job of pushing the story forward incrementally. Of course, there are scenes, packed with gunfire and violence. Most of the story revolves around two women escapees in Kansas, tracked down by Mormon and crew. Now, the show is all geared up to release its next part. And here is everything we know about it.

‘Fargo’ season 4 episode 4 is titled ‘The Pretend War.’ Written by Noah Hawley and Stefani Robinson and directed by Dearbhla Walsh, the story’s official synopsis as outlined by FX goes as follows: “Loy retaliates, Josto asserts his leadership, Ethelrida makes a disturbing discovery and the walls begin to close in on Odis.”

Zelmare Roulette and Swanee Capps are seen breaking out of prison. The cops use dogs to track the two women and reach a restroom where the duo had halted for a while during their escape. We also get to know Deafy, who happens to be a priest of the Mormon church, and Captain Martin Hanhuck, who reminds him that there is a manhunt order for the Mormons in Missouri. Deafy says that he does not care and admits that he is a U.S. Marshal, chasing down two escapees. He thinks Zelmare and Swanee are in Kansas City. Captain Hanhuck assigns Detective Odis Weff to help Deafy. Deafy asks Odis to find him the address of Zelmare’s sister.

The fugitives, while being as inconspicuous as possible, barge in on Omie Sparkman and his men as they count notes. Swanee and Zelmare demand everyone gets down on the ground. But when Omie tries to press his shotgun, Zelmate fires, sending him crashing down on the floor. News soon reaches that authorities that three people are dead and $20,000 is missing from the vending machine factory. Loy learns that the task was accomplished by two women, one of whom was not so well. Loy orders everything to be locked down.