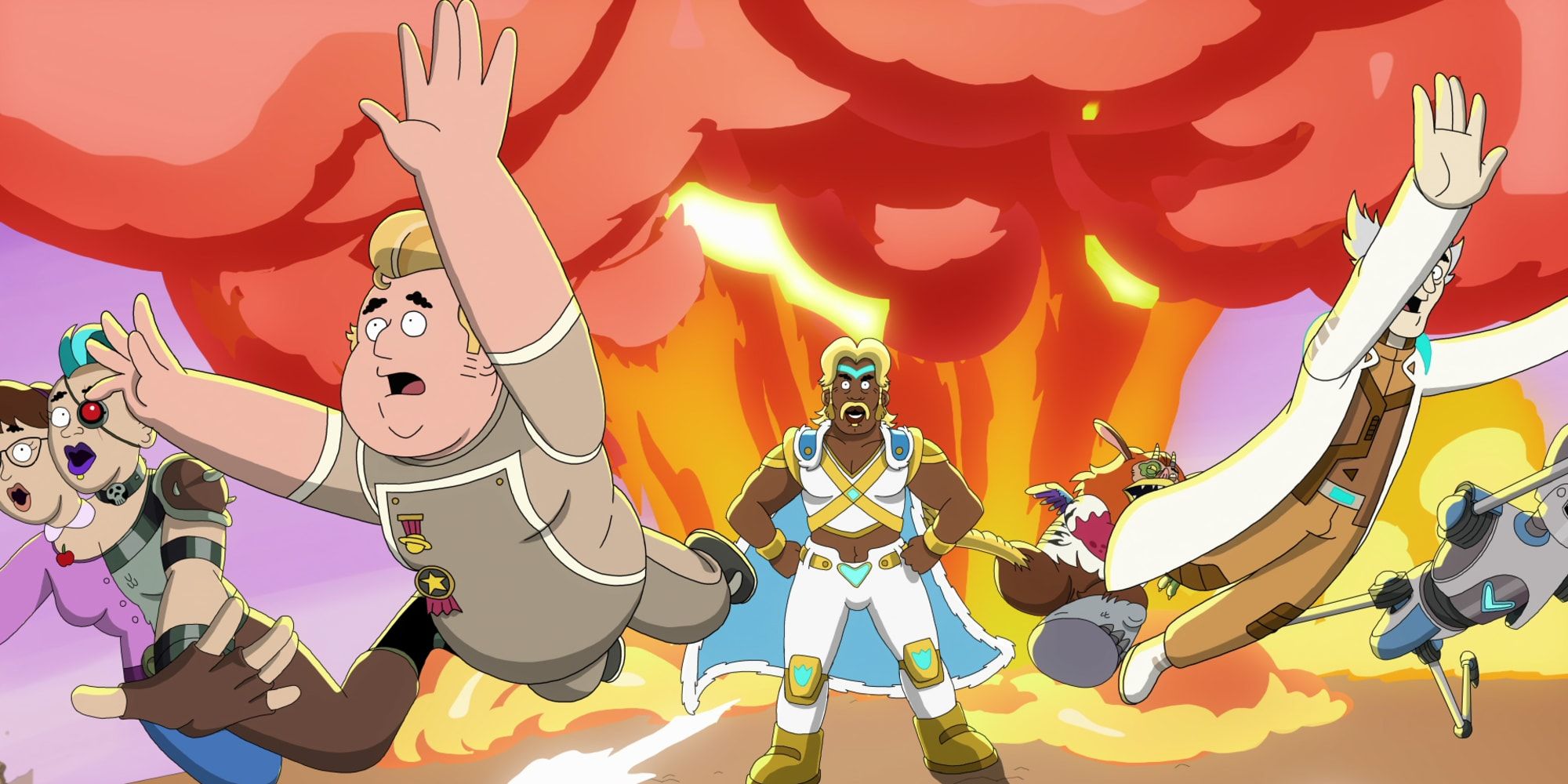 ‘Farzar’ follows the misadventures of Prince Fichael, the son of Renzo, the Czar of Farzar, and his S.H.A.T. Squad. Created by Roger Black and Waco O’Guin, the animated comedy series features several sci-fi elements used as clever tools for comedy and to expand upon the characters. As the narrative progresses, Fichael tries to bring peace to the planet and stop humans and aliens from war. The first season ends on an ominous note, leaving viewers desiring more of its whacky and sexual humor. So, if you are looking for updates about ‘Farzar’ season 2, here is everything we know!

‘Farzar’ season 1 was released on July 15, 2022, on Netflix. The debut season contains ten episodes with a running time of approximately 25-30 minutes each. All episodes of the first season landed on the streaming service on the same day.

Regarding a second season, Netflix has yet to renew the series officially. At present, there is no indication from the makers that a second installment is in the works. However, given the first season’s ending, the door is open for more stories on the distant alien planet. Creators Roger Black and Waco O’Guin’s previous creation ‘Paradise PD’ ran for four seasons on Netflix. Therefore, it is likely that ‘Farzar’ could take a similar path.

If the first season matches Netflix’s viewership expectations and proves to be a hit with audiences, a second season could be greenlit. In that case, production on new episodes will likely commence sometime in early 2023, and at the earliest, viewers can expect ‘Farzar’ season 2 to arrive on their screens sometime in Q1 2024.

Farzar Season 2 Cast: Who can be in it?

A prospective second season is likely to see most of the main voice cast returning to voice their respective characters. Despite his character’s death in the season 1 finale, Reddick’s Renzo could reappear in the second season. Moreover, viewers can expect more additions to the ensemble voice cast in the potential sophomore iteration.

Farzar Season 2 Plot: What can it be About?

‘Farzar’ season 1 sees Prince Fichael learning that his father, Czar Renzo, is the root of the issues faced by his planet. As a result, in his incompetent ways, he tries to bring peace between humans and aliens. In the finale, alien emperor Bazarack leads a union of his species to attack Dome City. Renzo is killed in his arrogance, and the former succeeds in his plan as the dome is destroyed.

A potential second season could revolve around Bazarack attempting to take over Dome City in the Czar’s absence. Meanwhile, Fichael and the S.H.A.T. Squad could work to create a harmonious society. Furthermore, Renzo could be restructured with Barry’s experiments, and Val and Mal might struggle to live independently. Lastly, Renzo’s possible reemergence could create issues for Fichael’s peace attempts.