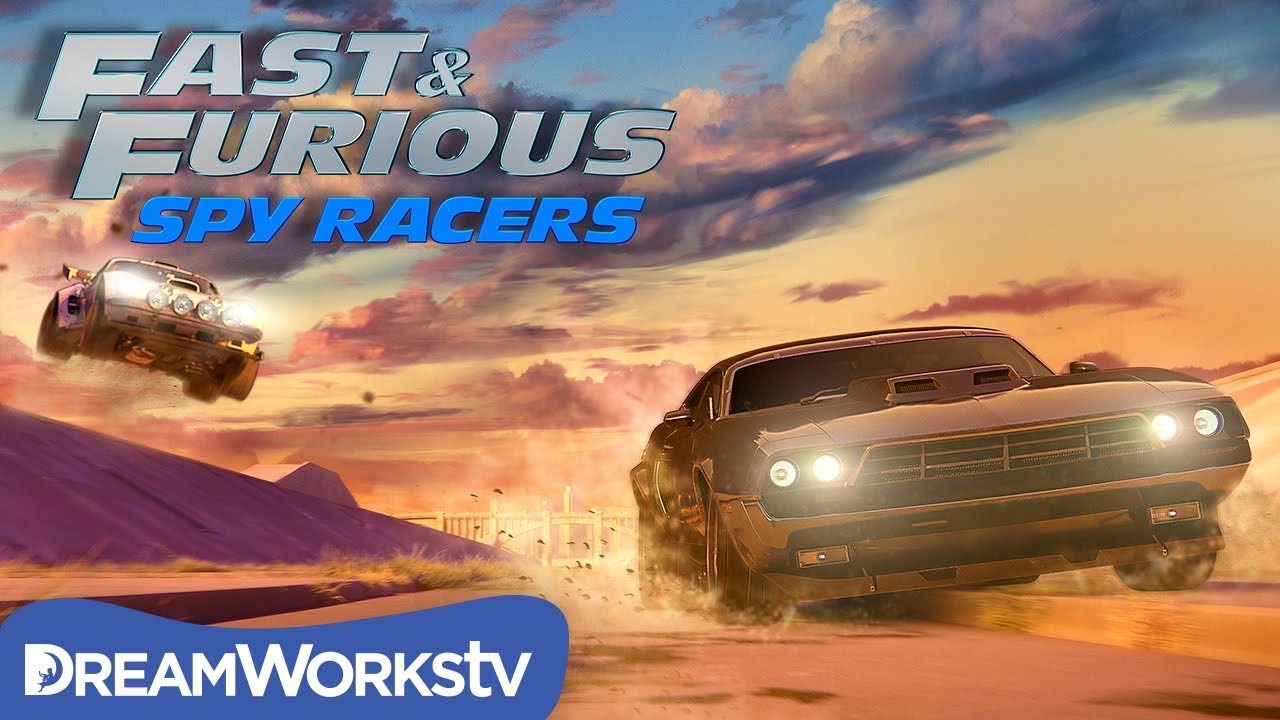 Fast and Furious is an action-packed adventure movie that has some really big names associated with it like Vin Diesel, late Paul Walker, Jason Statham, Dwayne Johnson and Jordana Brewster The concept is simple, really stylish people with insane driving skills fight the bad guys, sometimes with the help of the authorities, sometimes without them. Needless to say, cars blowing up with some heavy beats in the background have been a mantra for box-office success for quite some time now.

Keeping the same concept in mind, the makers of the movie came up with a new animated television series. On April 23, 2018, it was announced that Netflix has given production order to the show. The cast members were announced on April 18, 2019. While there are no characters from the film in the series, the new cast tries to create a similar impact on the viewers.

The first season of the show left a good impression on viewers. Now the question is: will there be a Fast & Furious: Spy Racers season 2? Before we talk about that, let’s first quickly go over the details of the show.

Tyler Posey, better known as Scott McCall from ‘Teen Wolf’ plays the character of Tony Torreto. Tony is the cousin of Dominic Toretto. Camille Ramsey, known for her performance in ‘American Vandal’, a mockumentary based on shows like ‘Serial’ and ‘Making a Murderer’, plays the role of Layla Gray. Layla is an underground racer working for the crime organization, SH1FT3R.

Luke Youngblood, best known for his character Lee Jordan and young Simba in ‘Harry Potter’ and ‘The Lion King’ respectively, plays the character of Frostee Benson. Jordan is a tech-geek and some kind of a genius.

Jorge Diaz, known for his performance in ‘Paranormal Activity’, plays the role of Cisco Renaldo, the heart of the group and strongest one physically.

Fast & Furious: Spy Racers Plot: What is it about?

Let’s be honest, the first thing that comes to our mind when we watch the ever-stylish James Bond or the classic Black Widow is how cool it would be if we were spies. It is one of our oldest fantasies that we have been carrying since childhood. When ‘Spy Kids’ released, we are sure that half the children had already begun prepping for their imaginary missions to save the world. While ‘Fast & Furious’ movies have been all about the extreme adrenaline rush, Fast & Furious: Spy Racers gives a new take to the franchise by incorporating the concept of spies and executing it in the form of animation.

Tony Toretto is Dominic Toretto’s cousin. The name itself is sufficient to understand that mad driving skills run in his blood. Tony and his group of friends are approached by a government agency with a risky proposition. A crime organization called SH1FT3R, run by Shashi, is making evil plans to dominate the world. Tony’s task? To infiltrate the elite racing league that is serving as the front face of the organization.

Tony’s team, like the Furious’ team, consists of a tech-geek, a multi-talented spy, and a body-builder. The dream team does not just infiltrate the criminal agency but goes on an adventure that features some dope races as well.

The show is for everyone but especially for kids. The animation and teenage spies are sure to attract more and more kids but of course, the brand name attached to the series promises some great actions that will keep the flag of the franchise high. So, if you have been furiously following the franchise since 2001 and love spy movies, we recommend you watch Fast & Furious: Spy Racers with your entire family!

As far as the next season goes, no official announcements have been made yet. Though considering the popularity of the franchise, it is difficult to imagine Netflix stopping at just one season. If renewed, Fast and Furious: Spy Racers season 2 can release sometime in December 2020. We will update this section as soon as we hear more.

Catch the exciting trailer of the series below: