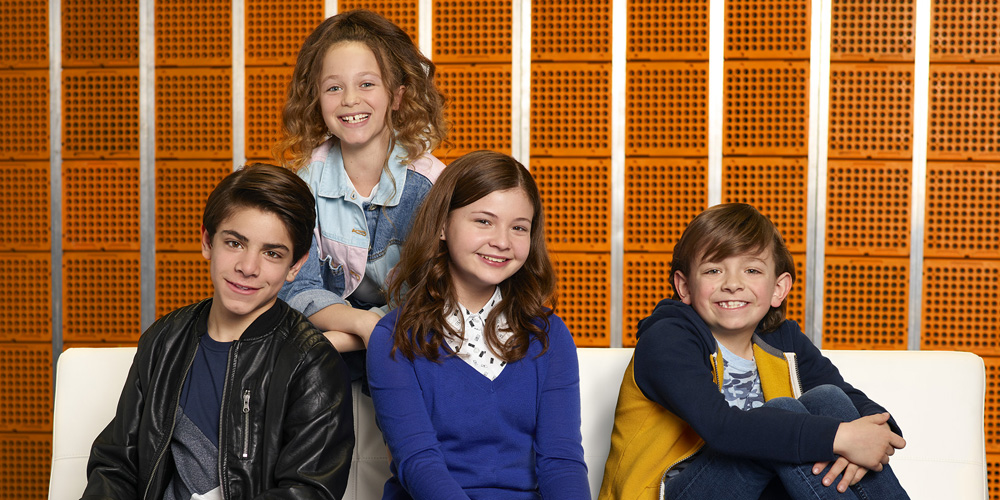 Fast Layne is an eight-part comedy mini-series that first premiered on Disney Channel on February 15, 2019. Created by Travis Braun who also serves as the co-executive producer of the series, it was originally planned in 2017 to be a reboot of the Herbie franchise. It wasn’t until on March 9, 2018, that it was given the go-ahead to be made into a limited series for Disney Channel titled Fast Layne, discarding all references to the Herbie works. The show has mostly been filmed in Maple Ridge, British Columbia. The production reportedly started on February 19, 2018, and concluded on April 27, 2018.

Fast Layne Cast: Who’s in it?

The ensemble cast of the show comprises of the main cast, the recurring characters and the notable guest stars that make an appearance in its various episodes.

Sophie Pollono plays the central character of Layne Reed, an intelligent, tech-savvy girl who happens upon a V.I.N which is a super clever car hidden in her neighbour’s shed. She is shown to be campaigning for school president.

Sofia Rosinsky plays Zora Morris; she is Layne’s BFF who lives beside her and is homeschooled. Brandon Rossel plays Cody Castillo; Layne’s big-time crush from school who spends time working in his garage.

Winslow Fegley plays Mel, who is Layne’s nosy cousin who is needlessly curious about Layne and Zora’s misadventures and often turns up obstacles in their path.

The recurring characters are: Nate Torrence lends voice for V.I.N, the super intelligent car that Layne’s parents are responsible for designing. Diana Bang plays Kwon; a known scientist and the former colleague of Cheryl who has her eyes on the VIN. Enid-Raye Adams plays Cheryl, Layn’s mother who is also a scientist and works with Kwon at Salton Flats Technical Command Center for the government. David Milchard plays Rob, Layne’s dad and just like her mother, is a scientist working for the government. Ty Consiglio plays Jasper, who is Layne’s competitor in the school elections.

The guest stars who appear on the show are Anna Cathcart playing Anna, Layne’s schoolmate and a social media maven campaigning for Layne to be school president, and Adrian Petriw who voices Alonzo, the smartwatch that informs Layne of her schedules.

Fast Layne Plot: What is it about?

The show revolves around a hardworking smart girl named Layne who has her priorities in life set straight. Her perfectly organized life is then turned upside down when she stumbles upon a talking, tactful car named V.I.N. The car manages to coax the girl into setting them free and thus begin their adventures as it takes Layne and her best friend on thrilling rides. Soon Layne’s learns that there are a bunch of bad people out there to get their hands on V.I.N and she decides to protect her new friend at all costs. Before she can do that, she needs to find about more about her talking companion, as to who created him and why. She seeks assistance from her friends as she sets out on an adventure to find answers to her questions while simultaneously outsmarting the bad guys, dodging nosy cousins and balancing her life.

The creator and producer of the show, Travis Braun, revealed about V.I.N in an interview saying, “We had to look at it and find what makes VIN original, what makes VIN unique to our show. VIN is sort of a box of mysteries, so we’re discovering what VIN can do sort of as the audience can, It does require a lot of special effects. A lot of what we were able to do was designing the vehicle in CG.” Sophia Pollono who plays Layne elaborated on the machine’s ability to adapt based on artificial intelligence. She said, “VIN has all of this array of different powers that you can unlock. As he matures and develops, so does his technology and his powers.”

Fast Layne Season 2 Release Date: When will it premiere?

Fast Layne season 1 premiered on February 15, 2019, on Disney Channel. The show comprises of eight episodes, with the final episode of season 1 airing on March 31, 2019.  As far as the next season goes, we don’t have an official announcement yet. Though considering the freshness of the show, we would be surprised if it doesn’t get another season. Our best guess is that if the show does get renewed, Fast Layne season 2 can release sometime in February, 2020. We will update this section as soon as we hear more.

While we wait for an update on season 2, check out the season 1 trailer to refresh your memories. If you haven’t seen the show yet, head over to Disney Channel to catch all the episodes of the previous seasons.