When Will Fast n’ Loud Come Back on Discovery? 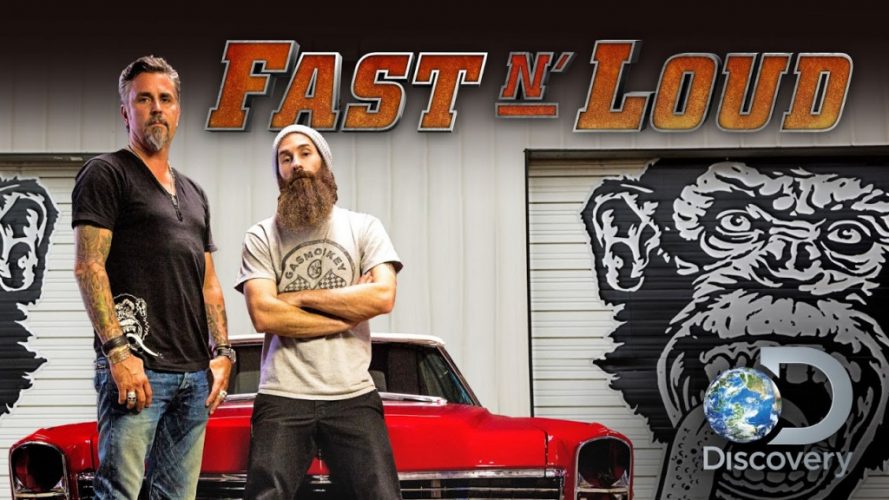 Automobiles have been a large part of our popular culture, ever since the earliest iterations of Ford Model T, and continue to hold their influence in a way that is unmatched by many other elements of pop culture. It is, therefore, no wonder that a plethora of movies (‘Fast and Furious‘ being the prime example) and TV shows, both scripted and unscripted, cater to this almost seemingly universal and massive niche.

Reality TV related to cars has its largest sect exclusively dedicated to racing, drag racing, and the thrill of the fast-track circuits, for example, Discovery’s ‘Street Outlaws‘ and its many spinoffs. The other side of the coin, then, are the cars behind the scenes. ‘Fast n’ Loud’ is one such show that gets inside the car to give viewers an insight into their mechanics. The show airs on the Discovery Channel and first premiered on June 6, 2012.

There is a huge niche appeal for the intriguing mechanical construction of the automobile itself. This is proven by the abundance of shows that directly covers the mechanic’s insight as they go about repairing vehicles. Some shows explore the possibilities of futuristic cutting edge car tech and some mix automobile with construction projects – car conversion and restoration shows. ‘Fast n’ Loud’ falls into this third category, featuring in-depth car flipping, including both conventionally easy gigs, and more experimental projects.

The popularity of this series has led to two spin-offs, namely ‘Misfit Garage‘ and ‘Fast N’ Loud – Demolition Theater’. If you enjoy these shows, I would recommend a personal favorite of mine in a similar vein, that is, ‘Pimp My Ride‘. Well, that being said, Fast N’ Loud has spanned 15 incredible seasons to date. Read on to know all about Fast N’ Loud season 16.

Fast n’ Loud Season 16 Release Date: When will it premiere?

Even though Discovery has had its fair share of shows on automobiles, ‘Fast n’ Loud’ has been a very reliable mainstay for the network ever since its debut season in 2012. The show garnered overwhelmingly positive responses across its seasons. Understandably, season 16 was announced on March 2, 2020. Fast N’ Loud season 16 is slated to premiere on March 30, 2020, at 10 pm ET.

Who is the host of Fast n’ Loud?

The setting of ‘Fast n’ Loud’ has always been Gas Monkey Garage, run by the celebrity entrepreneur, Richard Rawlings, and his crew. Rawlings is a huge media personality as well, standing as the sole bread and butter of the show, hosting, narrating, and getting up close and personal with his car conversion gigs.

His unapologetic personality and boastful disposition can be hit-or-miss at times, but it has nevertheless characterized the tone of the show. Thus, ‘Fast n’ Loud’ cannot be conceived of, without Richard Rawlings and he will be back to host season 16 of the show as well.

What is Fast n’ Loud about?

‘Fast and Loud’ follows the chronicles of Rawlings and his Gas Monkey bar, usually featuring car-flipping and restoration projects episodically. These can range from anything – from a Caddy convertible to import tuners as the ’75 Datsun 280Z featured in the last season.

The show has a focus on the narrative, insofar that it has a dramatic element to it, capturing problematic projects spanning several episodes, as Rawlings and his crew run into hurdles in their forays. A famous element of the show is Gas Monkey Bar’s rivalry with the Street Outlaws crew, Rawlings having challenged Ryan Martin to a drag race.

Over the seasons, the show has become immensely popular and while this would normally be a good thing, one can sometimes hear Rawlings complain that there is a downside to success. While he could earlier approach people and get them to sell their cars to him at a low price before he flipped them, now when sellers recognize him, they jack up the price.

However, that is not enough to stop someone like Rawlings from getting under the hood. The next season will see him getting into some more high-end and big-budget modifications. We are guessing the numbers will run to the hundreds of thousands as Rawlings adds modern-day gadgets to classic vehicles.

Season 16 promises that the guys are going to “push the boundaries.” They will do a unique build for the Gary Sinise Foundation, especially catering to veterans. The Monkeys will restore two Jeeps — including transforming a dilapidated ’81 CJ into an uber-cool ’70s Super Jeep.

We cannot wait till the beasties hit the road, all new and improved thanks to Rawlings and his crew and we are sure the next season will amaze us just as the previous seasons have.

You can check out one of these clips from ‘Fast n’ Loud’ season 16 to get an idea of what the next season will bring for fans: