When Will Fastest Car Season 3 Premiere on Netflix? 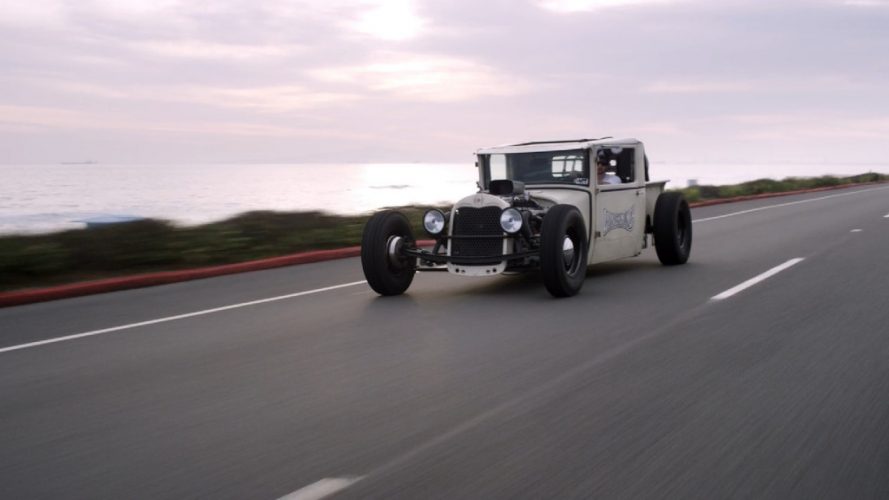 Bela Bajaria, Vice President of Content for Netflix, shared her excitement about the show, saying, “Netflix drove full-speed into the genre of car culture and competition this year with the debut of Fastest Car, and audiences around the world connected with the compelling stories of these cars and the people who love them.” She further added, “Fueled by that response, we’re partnering with best-in-class producers to expand our unscripted programming for motor enthusiasts and novices alike.”

After receiving a good amount of positive ratings and viewership during its first run, the series was renewed for another season on August 14, 2018. The second season of ‘Fastest Car’ released on September 20, 2019. But will ‘Fastest Car’ season 3 happen? Here’s everything we know.

Fastest Car Cast: Who are the Drivers?

This unscripted car-racing show does not feature a host. In fact, it does not need one. The entire focus is on the vehicles and the owners who put their whole life into overhauling these automobiles. Each episode dives into the journey of the featured drivers, their backstories, and the tiny details of how they assemble these wonder machines. In season 1, one of the participants is Erik Davis, a popular car racer and mechanic. He mentions Paul Walker, who was his close friend, and how his car serves as a tribute to the memory of the deceased actor.

Of course, the stars on this show are the cars. But it also exposes how the people behind the wheel form a critical element of the end results. We meet Skip Reagan, who was bullied at school and becomes a car builder as a comeback. Most of the drivers shown on the series are self-taught experts and don’t have any real auto experience. We also meet the rich, sometimes pretentious owners of the showcased supercars. However, ‘Fastest Car’ puts underdogs in the limelight. There is a driver on a wheelchair and individuals who have lost loved ones. In one of the episodes, we are introduced to Debbie Foreman, who remodels her 2016 Lamborghini Aventador SV into a Batmobile. She dons a Batgirl costume and is currently a beloved social media figure.

The racers do engage in conflicts because each one of them wants to prove that he/she is the best. After all, there’s so much on the line. However, they have a close bond and respect one another.

What is Fastest Car About?

‘Fastest Car’ pitches tricked-out sleeper cars against high-speed supercars and attempts to showcase if the former can beat the latter in a street racing competition. True gearheads build and modify old cars and test them by pitting them against the supercars, driven by racers in a high-stakes automotive battle. Each episode features three overhauled cars and one high-end, sought-after model. For instance, we witness a 2011 Pontiac minivan competing with a Porsche GT3 on one episode. The drag race event takes place in a quarter-mile-long strip. The featured tracks vary throughout the season — covering the Barstow-Daggett Airport in San Bernardino and the Calverton Executive Airport in New York. This is done in order to check how different environments can affect driving styles and the outcome. The winners of all the preceding episodes participate for the final championship in the finale. This ultimate race is held at El Mirage dry lake bed in the Mojave Desert.

It’s really breathtaking to witness how these automobiles rage at full speed over massive runways. There are no censors on this adrenaline-pumping show. As a result, we get to witness all the altercations and conflicts in real-time, including the wild descriptions of the featured vehicles. ‘Fastest Car’ also highlights the painstaking process of how cars are put together. The minute details do manage to leave you amazed. Some of the older models revamped into speedsters include a Ford Pinto, a 1927 Dodge Hot Rod, a 1946 Plymouth Coupe, 1984 Cutlass, a 1983 Supra, and a 1978 Chevy van, among others. The reworks involve new engine parts, which transform them into super-fast machines and expose how these automobiles are, in fact, underrated classics.

When Will Fastest Car Season 3 Start?

‘Fastest Car’ season 2 premiered on Netflix on September 20, 2019. All the seven episodes were released on the same day. The show enriches streaming platform’s slate of motor programming, which also includes ‘Hyperdrive’ and ‘Car Masters: Rust to Riches’.

As far as the next season goes, even though we don’t have an official announcement yet, we are confident that ‘Fastest Car’ will come back next year. The show caters to a specific group of car enthusiasts that are sort of a fixed fan base that are going to turn up for the next season no matter what. If renewed, ‘Fastest Car’ season 3 can release sometime in September, 2020. We will update this section as soon as we hear more.

You can check out the official trailer for ‘Fastest Car’ season 2 right here. If you have not watched the show yet, head over to Netflix and catch up on all the previous episodes.