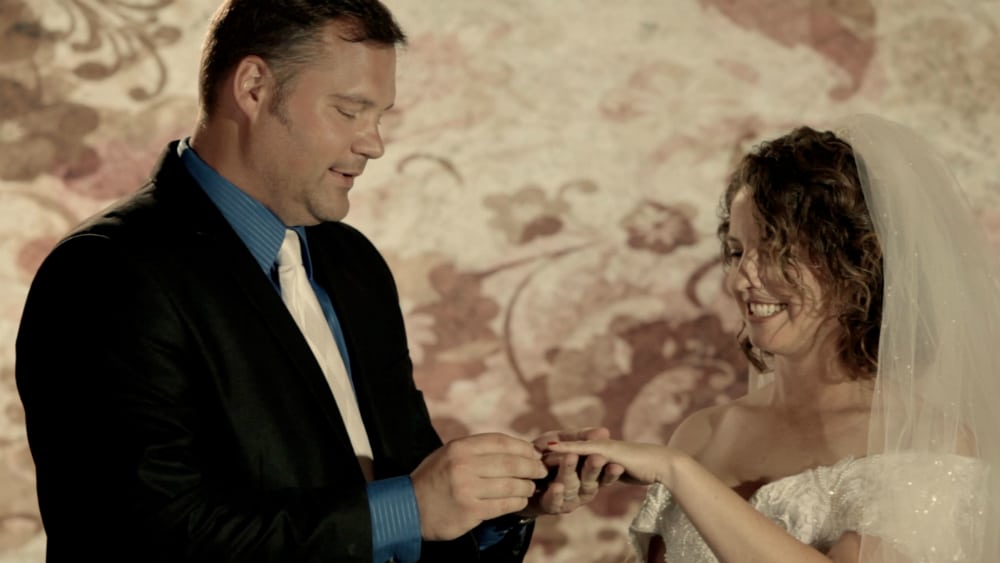 While some marriages are beautiful and last a lifetime, others are not as pleasant, and often lead to divorce leaving those involved devastated. Sometimes, divorces also get so ugly that they lead to murder. One such show which explores this transition from love to hate, and eventually murder is ‘Fatal Vows’.

Produced by CMJ Productions and Judith Beauchemin, ‘Fatal Vows’ is a crime documentary television series that brings to viewers screens disturbing crimes of passion that result out of marriages falling apart. Each 45-minute to 1-hour-long episode of the show focuses on one such story of an unhappy marriage resulting in murder, and takes the viewers through the psychology of the couples involved.

The docu-series, aired by Investigation Discovery, first made its way to viewers’ screens on November 17, 2012. After a positive reception from viewers, ‘Fatal Vows’ returned with Season 2 on November 2, 2013. It was again renewed for a third season, which premiered on November 8, 2014. ‘Fatal Vows’ returned again with Season 5 on October 10, 2015, and followed up with a sixth season, which premiered on May 13, 2017. On March 1, 2018, it was again renewed for a sixth season, which hit viewers’ screens on August 11, 2018. Now, fans of the show are wondering whether Investigation Discovery will give them even more guilty pleasure by making yet another season of the popular documentary show.

Fatal Vows Cast: Who is in it?

Owing to the show being a docu-series, it does not have characters nor a full-fledged cast. Several actors and actresses play minor roles when the show recreates real-life characters and their crimes, but these bits of acting apart, it’s the narrators of the show which make it special.

The show is jointly presented by Dr. Brian Russell, a forensic psychologist and attorney, and Dr. Stacy Kaiser, a licensed psychotherapist and relationship expert. Together, the experts take the viewers on a disturbing ride into the minds of the couples who went from tying the knot to on an altar to putting their other halves six feet under.

Fatal Vows Plot: What is it about?

As mentioned earlier, the crime docu-series narrates failed marriages that turned deadly. Apart from narrating the crimes and the lives of those involved, what gives the show a special edge is its emphasis on the minds of the couples involved. On one hand, Dr. Stacy Kaiser leads the viewers on an enlightening, and often disturbing journey that explores minute details and small fissures in the relationships of the couples in each of these cases, explaining how such seemingly irrelevant issues often fester into grudges that lead to a heinous crime like murder. On the other hand, Dr. Brian Russell takes viewers through the sequence of events leading up to a murder, their impacts on the minds of the to-be criminals, and detailed analyses of each crime.

Despite the gruesome and disturbing nature of the show, its uniqueness lies in how it takes viewers through the harrowing journeys of each of these couples, highlighting how even the loveliest of marriages can turn into an ugly grudge match, and can even lead to murder. Over the span of seven years, and six seasons, ‘Fatal Vows’ has taken viewers through 71 such cases, and understandably, has left fans and curious viewers clamoring for more. Apart from its educational value and the insight offered into failed marriages, the show has also been quite a hit with viewers across the world, seeing a consistent surge in its viewership. In terms of reception, ‘Fatal Vows’ enjoys a rating of 6.6/10 on IMDb.

Fatal Vows Season 7 Release Date: When will it premiere?

That said, Investigation Discovery has for long been home to the ‘love gone wrong’ genre of shows, and in this regard, ‘Fatal Vows’ could be said to be a crown jewel. Further, considering that ‘Fatal Vows’ holds equal appeal to a niche viewership of crime lovers, and a larger audience of curious viewers, it could well return again with yet another season. After all, there’s no dearth of crimes of passion in the world.

However, while it’s quite likely that ‘Fatal Vows’ could see a Season 7, it’s quite difficult to give any concrete verdict on the show’s future till Investigation Discovery themselves make an official announcement. We will be keeping an eye out for news pertaining to the production and release date of Season 7 (hopefully), and will update this section when relevant information about the same surfaces. So, do keep checking this section from time to time to stay in the loop.

While there is no trailer for Season 6 of ‘Fatal Vows’, here is the first episode from the season to give you a glimpse into the show. We will be updating this section with the trailer for Season 7, if Investigation Discovery renews the show and releases a trailer.