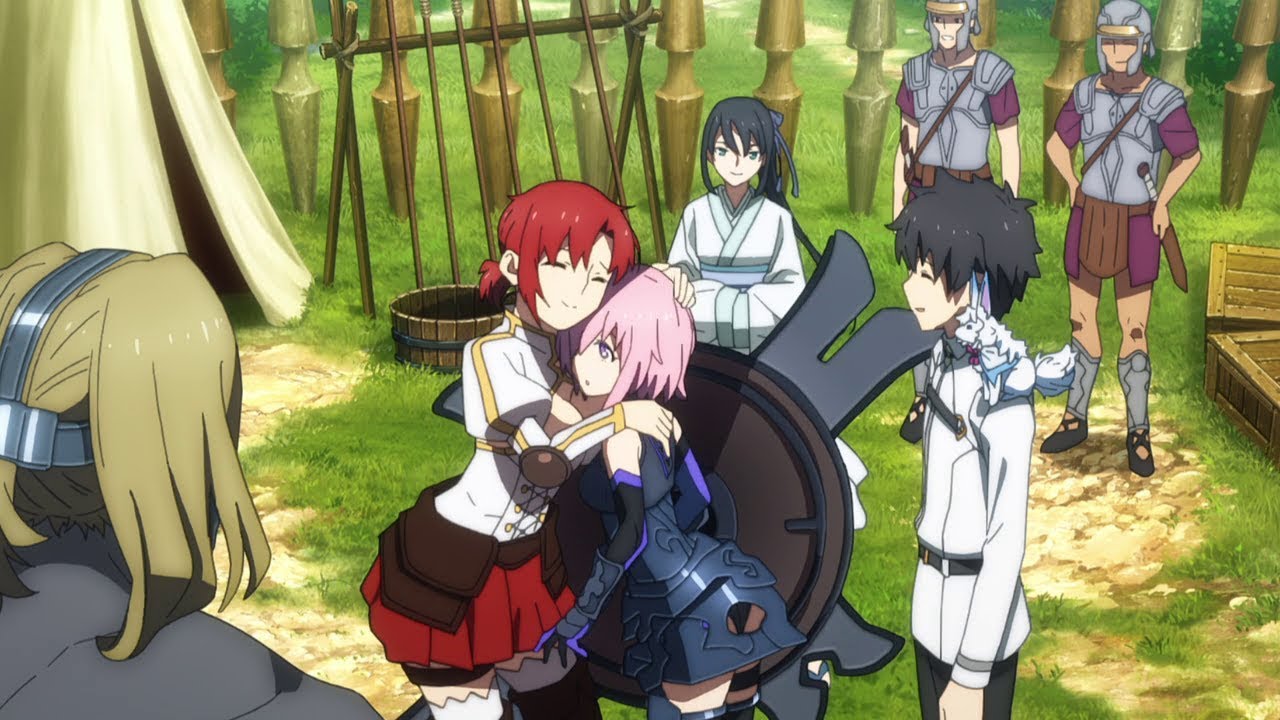 ‘Fate/Grand Order: Zettai Majuu Sensen Babylonia’ is another version of the ‘Fate’ series and is the sequel of a special episode which premiered back in August, 2019. Now, based on the special episode, what we know about this series is that its animation and art have been brilliantly done and the credit for all of it goes to CloverWorks Studio. Even the fight scenes in the “0 episode” have been perfectly choreographed with the incorporation of CGI. The story is something that will mainly unfold in the main anime but so far, it seems to be much better than many other versions of the franchise.

The characters feel natural with all the development that they go through and most of all, they remain true to the original game. Even the background songs that are played mostly during battles are perfect and fit right in with what is being portrayed. The special episode has successfully created the hype that the main series needs but it only acts as a small glimpse of what lies ahead. While this anime can be enjoyed by anyone, for those who have played the game, this version of the series is going to be an unforgettable experience.

Adapted from a game, ‘Fate/Grand Order: Zettai Majuu Sensen Babylonia’ is another version of the huge ‘Fate’ franchise. A special “episode 0” of this series, titled ‘Fate/Grand Order: Zettai Majuu Sensen Babylonia – Initium Iter’, premiered on August 4, 2019. The main show will have a total of 21 episodes in the first season and will premiere on October 5, 2019. This new series will not be related to any of the alternate versions of the main anime but almost like the entire franchise, this one will also revolve around one of the Holy Grail Wars.

‘Fate/Grand Order: Zettai Majuu Sensen Babylonia’ has been licensed under Aniplex of America and its English dub will be available on Funimation on October 5, 2019.

After the success of the Camelot Singularity, Ritsuka Fujimaru and Mash Kyrielight, the two main protagonists, are entrusted with the last Singularity in the Grand Order initiative. Set in ancient Babylonia, the anime takes you on a quest where the two characters try to secure humanity’s survival in the world. But soon they discover that their lands are being threatened by the rule of three ancient Gods. They work together to fend of these powerful beings but little do they know something bigger is in store for them. What follows are the events of the seventh Holy Grail War.

Enkidu, who is Gilgamesh’s only true friend, is in its humanoid form in the present events of the series. But it is actually not a human and is only a mud sculpture who was magically crafted by gods. It is genderless and is just a creature made out of clay who somehow ended up on Earth. It really appreciates nature and feels grateful that the world is still quite a pleasant place to live in even after being full of concrete structures of major cities like Uruk. Enkidu finds peace in just sitting where its master rests and enjoying the serene landscapes that surround it. It is polite to every single soul and always tries to understand what the other person might be going through.

For most humans, Enkidu is someone beyond this world, but for Gilgamesh, it is an equal who just looks at the world with a very optimistic perspective. Enkidu does not speak any human language and only speaks an animal language which allows it to understand, communicate with and even understand what its master is trying to say, In appearance, Enkidu has light green hair and deep green eyes. It has feminine facial features and is usually seen in a white dress.

Ritsuka Fujimaru is one of the main protagonists of the show who was one of the candidates for Master at the Security Organization for the Preservation of Humanity, Chaldea. Initially, he was only summoned to Chaldea because a certain quota of masters had to be fulfilled in the region. But later, after a very tragic incident that almost destroys the entire city, he becomes mankind’s only hope for survival.

Gilgamesh is a royal half-god half-human who is the son of the King of Uruk, Lugalbanda. He is arrogant, selfish and immensely popular because of his luxurious golden armor. He is also known to have some past relationships with Saber. His very presence is considered to be divine and the amount of power that he holds cannot be matched by anyone in the world.

Gilgamesh is considered to be a legend because even some ancient tales suggest that 500 years ago, he ruled the Sumer Dynasty and his tales of bravery have been mentioned in “mankind’s greatest poem”. He is the “King of all heroes” and it’s almost like he was almost destined to achieve greatness. According to old mythologies, he was the first hero of the world and all the others who came much after him, were nothing but a product of his acts of heroism. Several other warriors have been labeled as Kings but above all, he is the only “King of Heroes”.

Originated from Mesopotamian mythology, Ishtar is the goddess of war, beauty and good harvests. Because of her beauty, she is the most pampered and admired goddess. She claims that it is her responsibility to look at humans in a “godly” manner but by that, she means looking at them in a typically scornful way.

Mash is a pink-haired girl who refers to several other characters as her senior. She is very kind and belongs to the Shielder servant class. She is usually seen with a dull smile on her face but beneath that smile, she holds deep sorrow and acceptance towards the fact that her time is only limited.