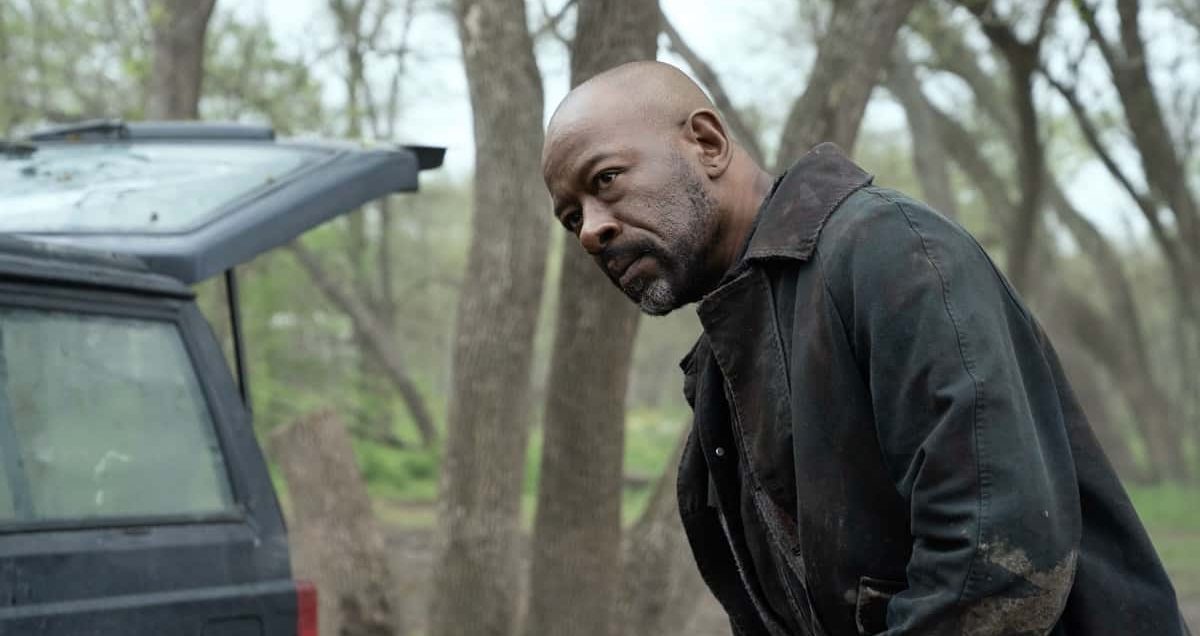 ‘Fear The Walking Dead’ season 6 episode 8 is a slow affair that marks the calm before the storm. Morgan and Dakota are on their way to the settlement Morgan has built but have to navigate through a horde of walkers. They are aided by John Dorie, who is experiencing suicidal thoughts. A major revelation is quickly followed by the untimely death of a major character. You can find detailed highlights of this week’s episode in the recap section. If you are looking for information about next week’s episode, here are all the details you need to know.

‘Fear The Walking Dead’ season 6 episode 9 is scheduled to air on April 18, 2021, at 9 pm ET on AMC. Subscribers of AMC+ will be able to watch the episode in advance on April 15, 2021, at 3:01 am ET. The sixth season comprises sixteen episodes, and new episodes will continue to air on the network every week on Sundays.

Where to Watch Fear The Walking Dead Season 6 Episode 9 Online?

You can watch ‘Fear The Walking Dead’ season 6 episode 9 on your TV screens by tuning in to AMC on the aforementioned date and time. Another option is to stream the show online on AMC’s official site or the app by logging in with an active cable subscription. To watch the new episode, viewers can also opt for live TV streaming and VOD services such as DirecTV, Fubo TV, Philo TV, YouTube TV, Sling TV, Vudu, Spectrum, and Amazon Prime Video. You can also stream the show on Hulu.

Episode 9 of ‘Fear The Walking Dead’ season 6 titled ‘Things Left To Do’ will be a more exciting one, and fans should brace themselves for an epic face-off. Fans have known that Virginia and Morgan have been on a collision course for some time now, and the new episode will bring them face-to-face. Morgan’s group will have to fight with Virginia’s Rangers. Although the odds are stacked against him, Morgan could come out on top as he has many times before in such situations. This could likely be the end of Virginia as we do not see both characters coming out of this confrontation alive. Check out the promo below!

The midseason premiere of ‘Fear The Walking Dead’ season 6, titled ‘The Door,’ sees the fan-favorite, John Dorie, undertaking a particularly simple yet odd quest of fixing the door to his cabin. After leaving a message for June, John tries to kill himself only to be distracted by his door, which he is unable to close. He goes out to seek a replacement. During his search, John’s path crosses with Dakota and a gravely injured Morgan. The two men haven’t seen each other since the Gulch, but this is hardly a joyful reunion. Morgan almost immediately starts to talk John into joining his fight against Virginia.

John, still unable to come to terms with Cameron’s death, agrees to help them cross a bridge. A barricade has been temporarily holding off a horde of walkers on the bridge. To successfully reach the other side, Morgan decides to fix the old pickup truck outside John’s cabin. After finding the necessary parts, he is able to get it running. Morgan alerts Virginia about the location of John’s cabin so that John is left with no choice but to join him. The trio easily powers its way through the walkers in the truck. However, an important part that’s keeping the truck running goes missing.

While searching for the part on the bridge, Dakota is attacked by a walker, and she uses her knife to defend herself. Sadly, John recognizes the knife as the same one used to murder Cameron. Dakota then proceeds to shoot John without much hesitation. John falls off the bridge and into the river. He finds a picture of his dad and himself in the river, which Morgan earlier found in the truck. John, who struggles to find the will to live through most of the episode, finally finds some in this dire moment and pulls himself to the surface as he flows downstream.

Morgan arrives, but before he can act, Dakota reminds him that she is the one who saved him after Virginia shot him at the Gulch and the only reason he is alive is to finish off Virginia, who, along with June arrives at the cabin only to find it deserted. Morgan radios an enraged Virginia asking her to help John and promises to talk after that’s done. After arriving at the settlement, Morgan asks Alicia and Charlie to prepare for a fight. June finds John washed up outside the cabin only to realize that he has been turned into a walker. The episode closes as a teary-eyed June ends John’s misery by killing him off.