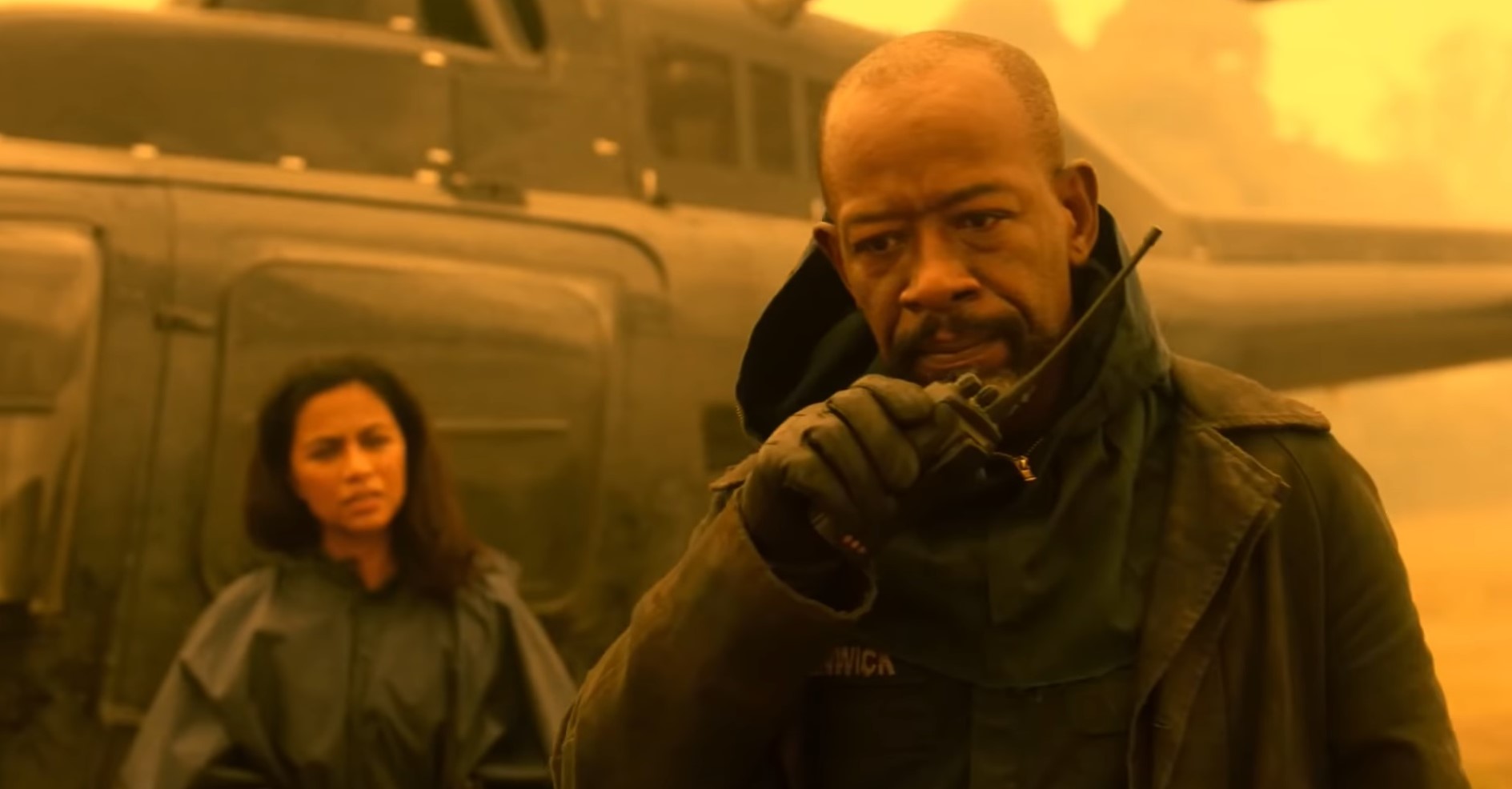 A spinoff of the comic book adaptation and hit zombie series ‘The Walking Dead,’ AMC’s ‘Fear the Walking Dead’ is a post-apocalyptic horror television series that explores the start of the zombie apocalypse that endangers humanity. As people scramble to adjust and survive in their new and horrifying world, unusual leaders, connections, and villains emerge. Robert Kirkman and Dave Erickson are the creators of this wildly popular series. It first premiered on August 23, 2015.

Since its inception, the show has garnered and maintained a fanbase deeply committed to ‘The Walking Dead’ universe. Six seasons later, fans still haven’t had enough of terrifying zombies, badass humans, grisly fights, and bleak landscapes. Season 6 ends on a shocking note. Thus, season 7 will undoubtedly explore the fates it outlined for all the characters. So, here’s everything you need to know about ‘Fear the Walking Dead’ season 7 episode 1!

‘Fear the Walking Dead’ season 7 episode 1 will premiere on October 17, 2021, at 9 pm ET on AMC. The season comprises 16 episodes with a runtime of approximately 45-50 minutes each. New episodes will air weekly on Sundays.

Where to Stream Fear the Walking Dead Season 7 Episode 1 Online?

You can watch ‘Fear the Walking Dead’ season 7 episode 1 by tuning in to AMC at the above-mentioned date and time. If you’re a cord-cutter, you can visit AMC’s official website and watch the show there. Those with access to AMC+ can access the first episode a week ahead of its premiere. Additionally, you have the option to stream the season premiere on Fubo TV, Sling TV, Philo TV, YouTube TV, Hulu, Xfinity, and DirecTV. You can even buy or rent the latest episodes or previous seasons of ‘Fear the Walking Dead’ on Spectrum, iTunes, Amazon Prime Video, Google Play, or Vudu.

The premiere episode of ‘Fear the Walking Dead’ season 7 is titled ‘The Beacon.’ The episode will delve into a world where the air is toxic, the zombies wander freely, and the fight for resources is more dangerous than ever. We expect to see how Strand’s cunning and leadership skills enable him to endure in the midst of nuclear fallout.

In the first episode of season 7, we’ll also see who all have survived alongside Strand and how they’re getting by. Other survivors, with motives of their own, will be introduced. Will Strand choose to band with these strangers or forge his own path? As secrets from the past surface, Strand will be forced to confront his beliefs and feelings, getting closer to embracing his villainous streak and desire for power.

Fear the Walking Dead Season 7 Episode 1 Cast: Who is in it?

Also returning in this new season are Sydney Lemmon (Isabelle) and Omid Abtahi (Howard). Fresh faces include Aisha Tyler (Mickey) and Gus Halper (Will). John Glover (Theodore “Teddy” Maddox), Zoe Colletti (Dakota), Colby Minifie (Virginia), and Garret Dillahunt (John Dorie) will not be returning for season 7, as their character arcs conclude with their deaths in season 6.