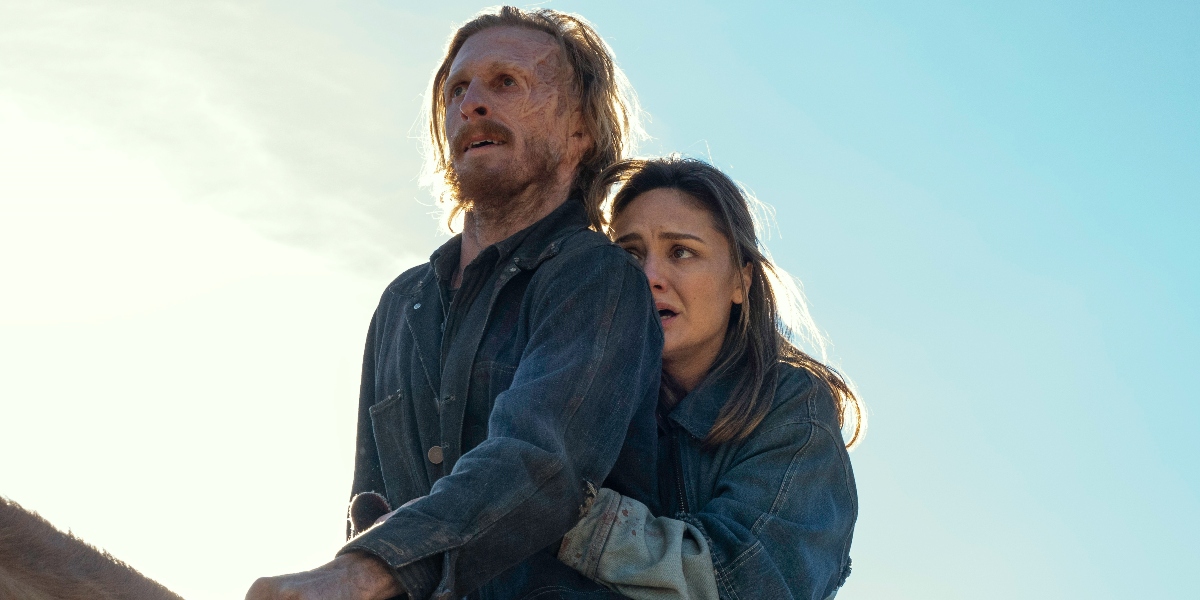 The fourth episode of ‘Fear the Walking Dead’ season 7 depicts Sarah’s search for his brother Wendall upon getting rescued by Isabelle. Sarah is in distress since her brother hasn’t been in touch with her since the nuclear destruction and decides to find him on her own. But she finds an unexpected ally in Josiah, who offers his help to Sarah for her assistance in return.

Sarah is reluctant, but for her brother, she strikes a deal with Josiah, who is crafting his own plans to avenge the death of his twin brother Emile. But more on that in the recap section. Let’s take a look at what’s in store for ‘Fear the Walking Dead’ season 7 episode 5!

‘Fear the Walking Dead’ season 7 episode 5 is all set to air on November 14, 2021, at 9 pm ET on AMC. The fifth episode premiered on November 7, 2021, on AMC+ as new episodes air on the channel a week after they land on the streaming platform. The seventh season comprises 16 episodes with a runtime of 43–65 minutes each. Fresh episodes air on the channel on a weekly basis, every Sunday.

Where to Stream Fear the Walking Dead Season 7 Episode 5 Online?

You can watch ‘Fear the Walking Dead’ season 7 episode 5 by tuning to AMC at the aforementioned date and time. If you wish to watch the show online, you can do so by logging onto AMC’s official website and the AMC app. With a subscription, you can watch the episodes of the seventh season early on AMC+.

If you don’t have a cable subscription, you can choose between Fubo TV, Sling TV, Philo TV, YouTube TV, Hulu LiveTV, Xfinity, and DirecTV to stream the show online. Furthermore, you can watch the new episodes on Amazon Prime Video by adding AMC+ to your existing subscription. The latest episodes of the show are also available on-demand on Spectrum, iTunes, Google Play, and Vudu.

Episode 5 of ‘Fear the Walking Dead’ season 7 is titled ‘Till Death.’ It will follow Dwight and Sherry, who are guided by a code to become ethical outlaws known as the Dark Horses. After a tumultuous time separating them, Dwight and Sherry are finally together. They are on a mission to stick with their values and code for their future, but their journey may take a turn when Strand approaches them for a search and rescue mission. Even though the code guiding them may not be in accord with Strand’s, we can expect the Dark Horses to shake hands with him upon realizing his significance in saving people’s lives.

We can also expect the fifth episode to shed some light on where the Dark Horses stand after their assignment with Strand as it may reveal certain secrets about the totalitarian leader of the Tower. The fans of the show can also gear up for the introduction of Mickey in episode 5. Furthermore, it will be interesting to see where Mickey stands in the post-apocalyptic saga. While you wait for the fifth episode to drop, you can check out its promo right here!

The fourth episode of ‘Fear the Walking Dead’ season 7 is titled ‘Breathe with Me.’ The episode follows Sarah’s attempts to find her brother Wendall. Upon waking up after the nuclear blast, Sarah is in anguish as Wendall hasn’t been in contact with her. As she commences her search, Sarah is offered help by Josiah, who wants her help to kill Morgan to avenge his brother Emile’s death. Sarah’s reluctance doesn’t last long as Josiah receives affirmation from her.

The duo starts their search with Rufus — Emile’s dog — to find Wendall and spot his wheelchair in a barn full of walkers. To escape, Sarah speeds off in Josiah’s truck without bothering to rescue him, but Josiah makes it to the vehicle to save himself. They seek Morgan’s help to fight the walkers, who arrive to ward off walkers from harming them. As they are in safety, Josiah pulls out Emile’s zombified head to bite Morgan, but Morgan escapes and the head bites Rufus.

The three of them bury Rufus and go to Strand’s to see the whereabouts of Wendall. To Sarah’s relief, Strand reveals them that Wendall is also present. Sarah requests Strand not to tell Wendall that she was there for him for his own good. Sarah and Morgan part ways with Josiah, as the latter prefers to be alone. The fourth episode ends with the ambiguous Stalkers acquiring the nuclear warhead.