Felicity Jones is an English actress who rose to fame with the movie, ‘The Theory of Everything.’ Jones began her acting career as a child artist at the age of twelve. She has been nominated for an Oscar and a Golden Globe in her career that has lasted over two decades.

Felicity Jones was born in Birmingham in 1983 to a father who was a journalist and a mother who worked in advertising. Her interest in acting is a result of her uncle, Michael Hadley who was an actor. During a gap year after her A-levels, Jones appeared in BBC’s television series, ‘Servants.’ Then, she went to study English at Wadham College in Oxford where she appeared in multiple student plays including ‘The Comedy of Errors’ based on the Shakespearean play.

Her first television appearance was in the series, ‘The Worst Witch.’ Later, she essayed the character of Emma Carter in the soap opera, ‘The Archers’, a role she played till 2009. After that, she started working on numerous plays, movies and television shows like ‘The Diary of Anne Frank.’ In 2011, she appeared in the movie, ‘Like Crazy’ which also starred Jennifer Lawrence. Her role in the movie was critically acclaimed and she went on to win a Sundance Film Festival Award for her performance.

Later, she played Ellen Ternan in the biographical movie, ‘The Invisible Woman’ and Felicia Hardy in ‘The Amazing Spider-Man 2.’ However, it was the 2014 movie, ‘The Theory of Everything’ that helped Jones gain widespread recognition and critical acclaim. She essayed the role of Stephen Hawking’s love interest in the biopic and earned an Academy Award nomination for Best Actress for her performance, apart from a BAFTA nomination and one for the Screen Actors Guild Award. Followed by that, the actress has appeared in the ‘Star Wars’ movie, ‘Rogue One’ and Tom Hanks-starrer, ‘Inferno.’ With such an impressive career, we cannot wait to see more of her. Here’s a list of Felicity Jones’ upcoming movies and television shows. Hopefully, her new performances will be as great as some of her recent ones. 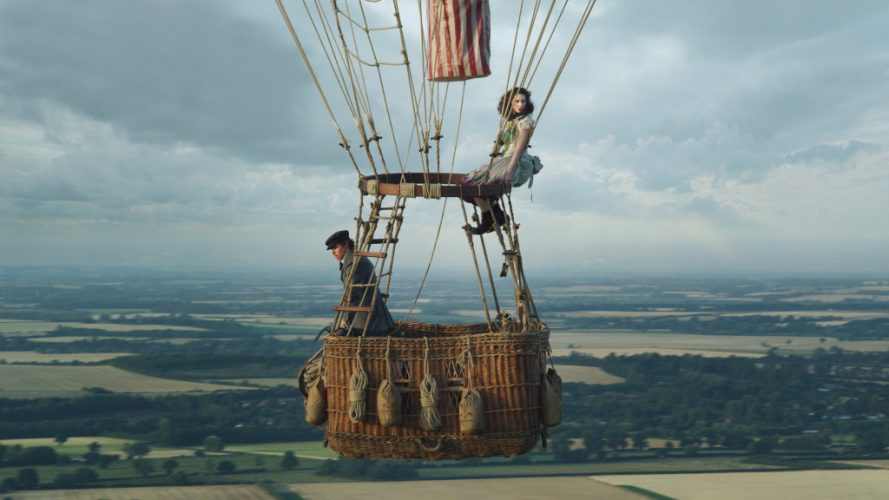 Releasing in 2019, ‘The Aeronauts’ will witness Felicity Jones share screen space with Eddie Redmayne once again. The biographical adventure movie is based on the pilot, Amelia Wren and weather scientist, James Glaisher who embark on a thrilling and dangerous journey in a gas balloon for making scientific discoveries. Apart from the two, it also stars ‘Yesterday’ movie actor, Himesh Patel.

Most of the movie’s events are an adaptation of the flights described in the 2013 book, ‘Falling Upwards: How We Took to The Air’ by Richard Holmes. The character of Amelia Wren is completely fictional however and meant to be a replacement for Henry Coxwell, the real-life English astronaut who accompanied Glaisher. While some have criticized this decision, others have praised it as an important addition meant to provide a female, aspirational character. While it has been released in the United Kingdom, it will premiere on 6th December in the United States. 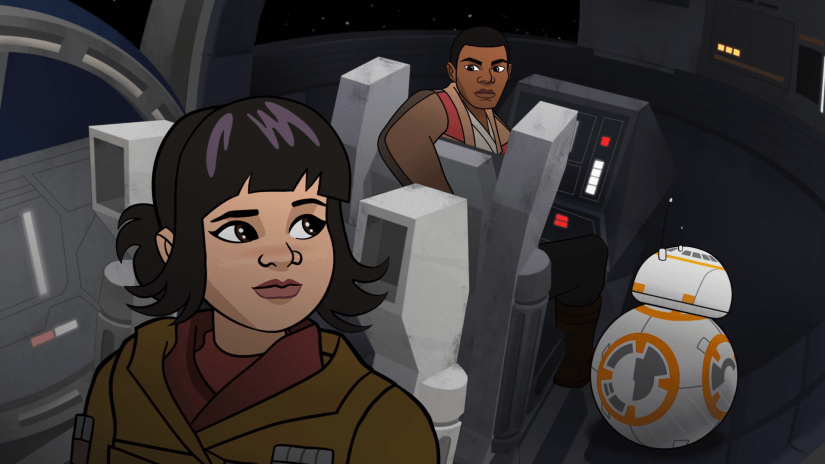 ‘Star Wars: Forces of Destiny’ is an animated series set in the ‘Star Wars’ universe. It takes place across multiple timelines of the fictional, intergalactic universe and consists of two to three-minute shorts. It tells the story of pivotal female characters in the franchise and how their decisions affect their fate.

Felicity Jones voiced the character of Jyn Erso in the first season of the TV show but was later replaced by Helen Sadler. Jones had portrayed the character of Erso in ‘Rogue One.’ The series was created by Dave Filoni, who is best known for his work on ‘Avatar: The Last Airbender’ and ‘Star Wars: Clone Wars.’ 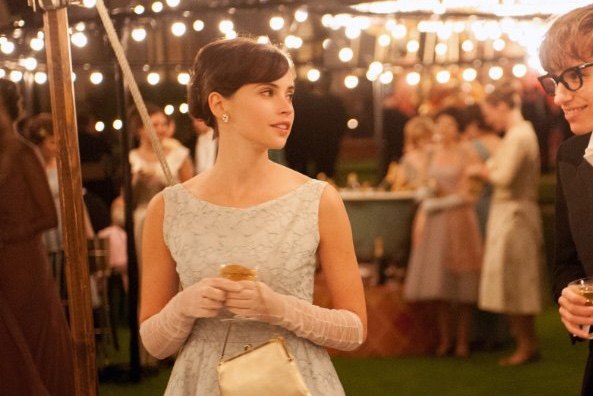 This upcoming animated movie is based on German author, Cornelia Funke’s children’s novel of the same name. An urban fantasy, it depicts a hidden valley teeming with dragons just outside London. Firedrake, one of the dragons realizes that humans intend to flood the valley to kill all the dragons. Hence, he sets off on an adventure to find a legendary location in the Himalayas, the Rim of Heaven that is considered to be a safe place for all dragons.

Funke has been a prolific writer with her books, having sold over 20 million copies worldwide. Hence, the movie can be expected to fare well at the box office, banking on the author’s success. Apart from Felicity Jones, Patrick Stewart and Freddie Highmore have also lent their voices for the movie.

‘Good Morning, Midnight’ is an upcoming science-fiction movie which is being directed by George Clooney, who also stars in the movie. He will play the role of Augustine, a scientist working in the Arctic all by himself. Felicity Jones will play the role of an astronaut, Sully, who is returning from Jupiter and loses contact with the control room.

The movie will show their individual journeys and how their fates collide in an unexpected manner towards the movie’s conclusion. The film will be distributed by Netflix. Filming for the movie began in October this year and it can be expected to premiere next year.

1. Last Letter from Your Lover (TBA) 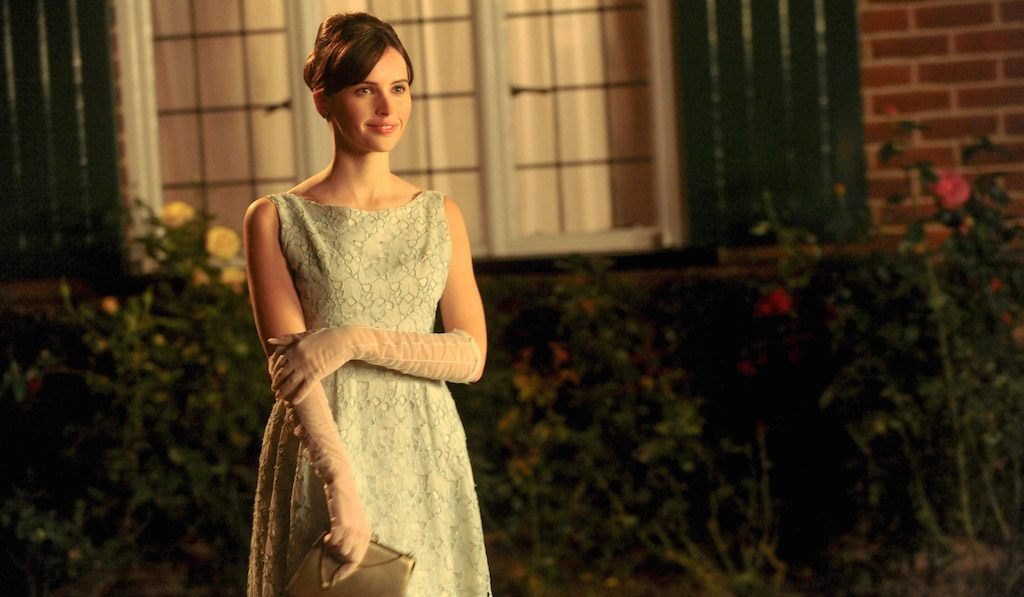 This upcoming romantic drama movie is based on a novel of the same name by Jojo Moyes. It follows a journalist who discovers love letters of a couple from the 1960s. Soon, she becomes obsessed with finding the end to the love story of the couple, hoping that a happy ending might provide an answer to her complicated life and faltering career.

The movie is directed by Augustine Frizzell who made her directorial debut with the 2018 movie, ‘Never Goin’ Back.’ The film’s shooting began in October this year, on the island of Mallorca. Apart from Felicity Jones, Shailene Woodley also stars in the movie, as one of the lovers whose letters are discovered.