Will There be a Feud Season 2 or is it Cancelled? 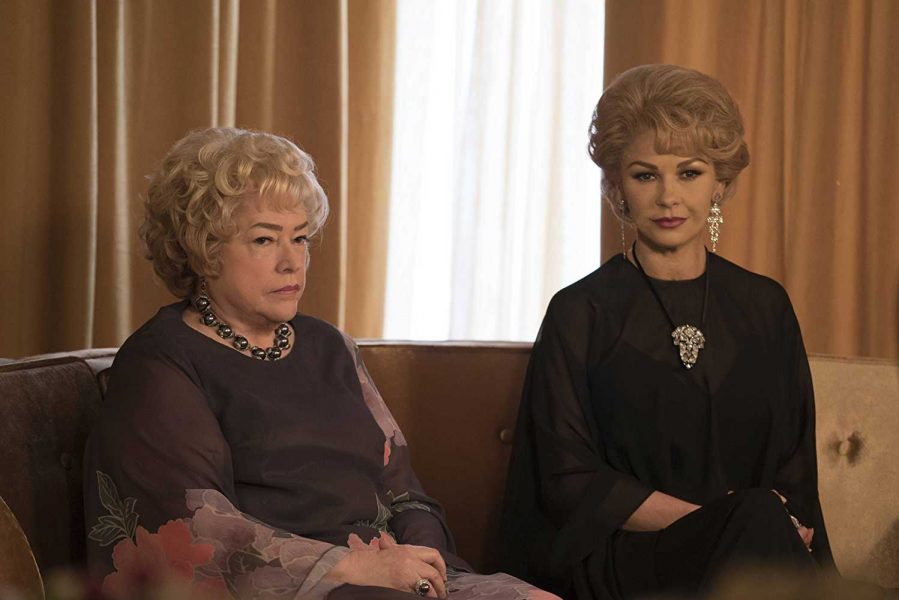 ‘Feud’ is a documentary and historical period drama television series that airs on FX. The show first premiered on March 5, 2017.  It is an anthology series created by Michael Zam, Jaffe Cohen, and Ryan Murphy. Murphy is best known for his works such as ‘American Horror Story‘, ‘American Crime Story‘, and ‘Eat, Pray, Love’. This show is his third collaboration with FX, meaning the network clearly trusts Murphy to create the best content for them.

The idea of the series is to show famous feuds across history involving personalities that viewers are bound to be interested in. Notably, feuds are very interesting to watch, especially public ones among celebrities. Apart from the salacious gossip value of the entire thing, it often shapes the course of the lives of both parties as the feud becomes something that is brought up time and again, till it becomes an all-consuming thing dictating most of their choices.

Feud Cast: Who is in it?

Jessica Lange of ‘Tootsie’ and ‘Horace and Pete’ fame, appears in the role of Joan Crawford, a veteran Hollywood star with films like ‘Possessed’ and ‘Sudden Fear’ to her name. Notably, Lange’s performance as Crawford on the show received high praise.

Susan Sarandon, known for her roles in ‘The Rocky Horror Picture Show‘ and ‘Dead Man Walking’, appears in the role of Bette Davis, who is considered to be one of Hollywood’s most iconic stars of all time, with films such as ‘Jezebel’ and ‘Dangerous’ to her name.Judy Davis of ‘A Passage to India’ and ‘Barton Fink’ fame appears in the role of Hedda Hopper, a gossip columnist.

Alfred Molina of ‘Boogie Nights‘ fame appears as Robert Aldrich, the director, and producer of ‘What Ever Happened to Baby Jane?’, the film where Davis and Crawford’s feud began. There are several supporting and guest star members, some of whom play various personalities of Hollywood who interacted with and sided with either Davis or Crawford during their feud. Among the many names, one notable name is that of Catherine Zeta-Jones, of ‘Intolerable Cruelty’ and ‘Ocean’s Twelve’ fame. Catherine plays the role of Olivia de Havilland, a friend of Davis and a fellow actress. Movie lovers might recognize de Havilland for having played the role of Melanie Hamilton in ‘Gone with the Wind‘.

Season 2 will have a completely different cast, and it remains to be seen who the show brings on board. However, considering the popularity of the initial season, it is sure to draw some star power.

Feud Plot: What is it about?

The first season of the show revolves around the backstage battle that takes place between Crawford and Davis, during and after the production of their 1962 movie, ‘What Ever Happened to Baby Jane?’. The initial season was officially subtitled, ‘Bette and Joan’.

The initial plan for Season 2 of ‘Feud’ was to call it ‘Feud: Charles and Diana’. The plot of the sophomore season of the series was intended to highlight some of the most controversial moments of the royal family especially of Princess Diana and Prince Charles. Prince Charles and Princess Diana got married in 1981 July. The whole wedding was watched all over the world by around 750 million people.  Diana was always in the spotlight as she was constantly involved in various charities. The divorce of the royal couple took place in August 1996. Not a long time after their divorce, Diana was allegedly killed in a car crash while she was in Paris a year later in 1997. Even her funeral got around 32 million viewers just from the United Kingdom. The story of ‘Feud’ in the upcoming season was intended to cover the divorce of the pair.

Makers had said that the story would start with filing the divorce papers and end with Diana’s death. The story was supposed to talk about struggles, journey, and pain while being told in layers. Murphy has also promised that the upcoming season would be ‘super juicy’ and that it would be of a disintegrating fairy tale. He said, “It’s a very different kind of feud than the feud we told with Bette and Joan. It’s a love affair feud.” However, for now, it does not appear that we will be seeing this story as the plan has been shelved.

Feud Season 2 Release Date: When will it premiere?

‘Feud’ Season 1 premiered on March 5, 2017. However, in February 2017 itself, the series had been renewed for another season by FX. It was originally subtitled ‘Charles and Diana’ referring to the divorce of the royal couple. Later the season was renamed ‘Buckingham Palace’.

However, in August 2018, it was announced that the idea had been scrapped. It is important for fans to know that show itself has not been officially canceled and could be picked up. Just the idea for the upcoming season has been shelved. Murphy has a long working relationship with FX and the network is willing to give him his space to come up with a story that he is satisfied with. There is also the issue of finding the right cast as Murphy is a stickler for these sort of things which makes his shows very enjoyable. At this point, the most optimistic estimate of ‘Feud’ Season 2 release date would be sometime in 2021. We will update this section as soon as we learn more.

While we wait for any positive news on ‘Feud’ Season 2, check out the season 1 trailer to refresh your memories. If you haven’t seen the show yet, head over to FX to catch all the episodes of the previous season.