Where to Stream Fifty Shades of Grey? 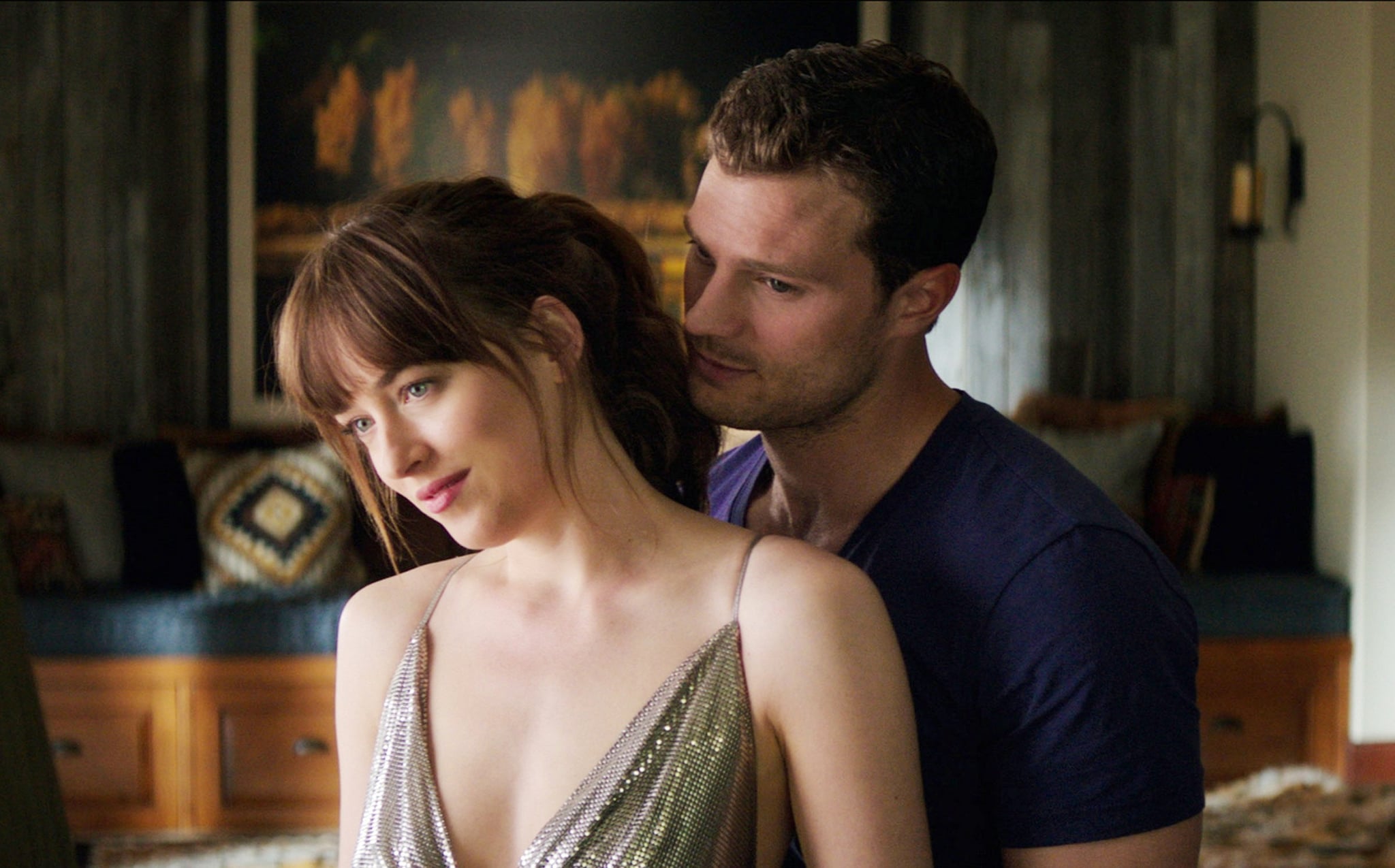 Based on the 2011 novel of the same name by E.L. James, the 2015 film came out at a time when the world was still obsessing over mysterious and handsome rich, young men, after Edward Cullen from ‘Twilight‘ took everyone’s imagination by storm. ‘Fifty Shades of Grey’ might not have garnered positive critical reviews but the audience flocked to the halls to see the deviant relationship between Christian Grey and Anastasia Steele play out. Naturally, it became a massive commercial success and since then, the two other novels in the trilogy have also been made into films, including 2017’s ‘Fifty Shades Darker’ and 2018’s ‘Fifty Shades Freed’.

If you are into the lifestyle promoted on ‘Fifty Shades of Grey’, you might have some troubles with the portrayals, as there was some critical backlash at the time. However, the dynamic between an enigmatic rich man and a naive young girl, as lovers, is something that is too hard to ignore. Thus, we bring you a list of places where you can watch ‘Fifty Shades of Grey’, but before that, let us tell you a bit about the story.

What is Fifty Shades of Grey About?

‘Fifty Shades of Grey’ follows the life of Anastasia Steele, a 21-year-old literature major at the Washington State University. Her roommate, Kate Kavanagh, falls ill and cannot show up to interview Christian Grey, a 27-year-old billionaire entrepreneur, for the college newspaper. Steele fills in for her, and when this doe-eyed and naive girl stumbles into the interview at Grey’s headquarters in Seattle, she manages to grab the man’s attention. Grey, who is also the commencement speaker that year at WSU, later visits Anastasia at the hardware store where she works and agrees to a photo shoot to accompany her interview of him.

Christian and Anastasia meet for a couple of times after that, skirting around each other, as lovers often do before their relationship materializes. Things come to a head after Anastasia drunk dials Christian, berating his boorish behavior and promising to return the gifts he gave her. This prompts Christian to intervene, and they eventually begin seeing each other.

While the initial stages of a relationship always bring a degree of awkwardness, it is especially amplified in Christian Grey’s case, who makes Anastasia sign a non-disclosure agreement that prevents her from discussing the details of her relationship with him, and includes the fact that any sexual relation with him will include bondage. He also shows her the BDSM dedicated room, filled with toys and other equipment, before the deviant Christian has sex with Anastasia, who was a virgin up until this point. As their dalliances continue, we see how Anastasia becomes more experienced by being with Grey, and over the course of the film, we also see this normally submissive girl begin to show hints of dominance, herself. The film ends with Anastasia breaking up with Christian since he cannot seem to erase his emotional distance and she deems that the relationship is too excessive and too weird.

However, before any of this happens, there is a lot of sex, not to mention some moments of genuine tenderness where both parties show how much they care for each other. ‘Fifty Shades of Grey’ gives us a peek behind the curtains at an elusive billionaire and the hedonistic lifestyle he lives, not to mention his excessive sexual preferences. The viewer relates more to Anastasia at all times, the grounded and naive girl who becomes putty in the hands of Grey, as he takes control and dominates her, not just sexually but emotionally as well.

Right about now you must be asking yourself where you can get your hands on this racy film. And we are about to tell you where to watch ‘Fifty Shades of Grey’ without further ado.

Is Fifty Shades of Grey on Netflix?

Netflix has a stunning library of content, but this premier service provider has come up short when it comes to ‘Fifty Shades of Grey’. However, don’t let that get you down. Bondage has its risks, and if you are in the mood to drown yourself in some naughty fun, watch ‘Gerald’s Game‘ on Netflix to know just how quickly that fun can turn sideways if anything out of the ordinary happens. Based on a novel by Stephen King, this movie adds a whole different aspect to anticipation than what ‘Fifty Shades of Grey’ does.

Is Fifty Shades of Grey on Hulu?

Hulu has an ever-expanding library and it is quick to snap up popular content to present to its viewers. However, ‘Fifty Shades of Grey’ is not present in Hulu’s library. Don’t let this get you down though. If you have a subscription with the streaming network, you can add the Cinemax package for $9.99 per month. This will let you watch the conclusion of the trilogy, ‘Fifty Shades Freed‘.

Is Fifty Shades of Grey on Amazon Prime?

Amazon Prime has an enviable library that is perhaps second only to Netflix’s. However, Prime subscribers too cannot watch ‘Fifty Shades of Grey’ for free. Is this reason enough to feel sad? Of course not! Prime allows you to rent or buy the movie before you can stream it on their platform. It costs $3.99 to rent the movie and $7.99 to own it. Normally we would recommend that you rent it, but seeing as the prices for purchase have been slashed, you could buy it too. Watch ‘Fifty Shades of Grey’ here.

Where Can I Stream Fifty Shades of Grey Online?

If you do not subscribe to any of the major streaming platforms, there is no need to be concerned. Head over to Sling or Fubo Tv if you want to watch ‘Fifty Shades of Grey’. However, you need to have a subscription to these platforms in order to watch it.

Where Can I Watch Fifty Shades of Grey Online For Free?

Although ‘Fifty Shades of Grey’ was a commercial success, it was critically panned. Some of you might be put off by this fact and will probably be unwilling to spend money on the movie before watching how it really is. We have a simple solution for you: Fubo Tv offers a one-week free trial, within which you can easily finish watching the movie.

However, we advise all our readers to pay for any art that they consume, because it is a show of support to the artists who put in a lot of effort.