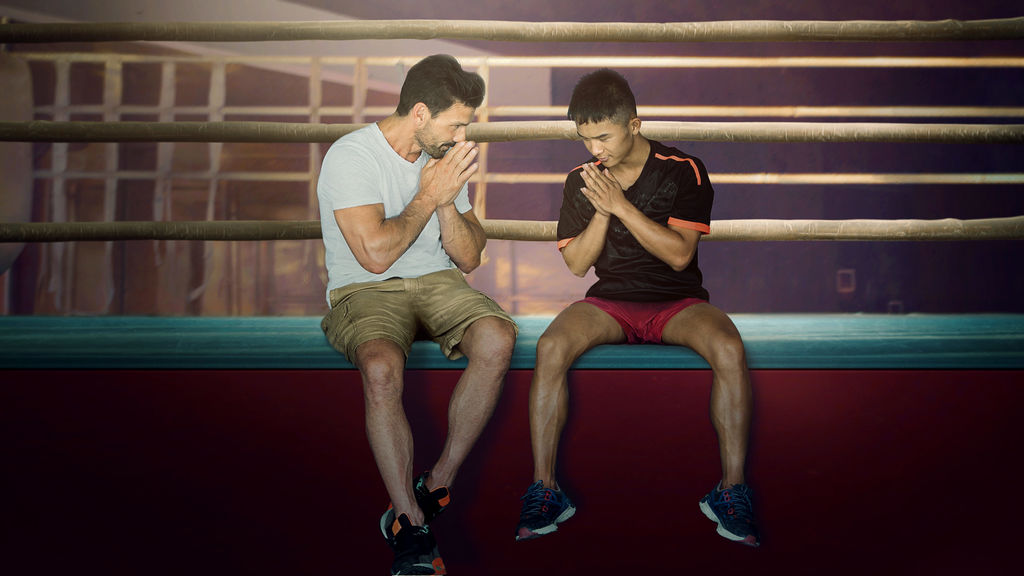 FightWorld is not a series about Fighting; it is a series about people across the world who chose to fight. This show is Netflix’s very first documentary series on the life of many unknown, unsung fighters all around the world. The host of the show and lifelong Martial Arts enthusiast Frank Grillo travels across the world talking to the strongest men in the world- the ones having superhero strength and possessing the ability to kill or decapitate anyone if they wish to, except we also get to know more about their journey, their hard work, sacrifice and patience that is required to become this strong and why they chose to fight.

FightWorld Cast: Who is in it?

Frank Grillo, an actor who has starred in films such as The Purge: Anarchy and Wheelman and a lifelong Martial Arts enthusiast, is also the host of the show. Frank travels to various places in the world to talk to the strongest men and women and to get an insight into their fight to well, fight! In the first season, we see him meet Julio César Chávez, who is a boxer. He speaks with all the other aspiring boxers whilst learning the one rule of Mexican boxing. Similarly, in every episode there are fighters and disciples of different art forms which he interviews and finds out what urged them to choose the path that they did.

FightWorld Plot: What is it about?

In this show, we follow the host around the world while exploring new art forms of fighting and finding out from the fighters themselves about what motivates them to devote their lives to learn the sport and enter the ring in the first place. So far, Frank has travelled to Mexico City, Thailand, Myanmar, Senegal, and Israel. The host and the fighters talk about their native fighting styles, what makes it so special or different from other fighting styles around the world, how lethal it can be and what precautions and training the fighters have to go through before they can enter the ring.

When asked Grillo about fighting, or about fighters in general, he said, ”Fighting is a visceral and emotional thing. I don’t claim to be a fighter. I just love to fight and train in many aspects of fighting. It changes on a cellular level how you carry yourself in the world. The way you treat people. You aren’t insecure and afraid, but your heart is open. It’s a big part of my acting. Fighting and training, knowing how to carry me physically.” He also explained the entire format and the idea behind FightWorld by saying, ”I’m connecting culture through fighters. This isn’t a tutorial. It’s more anthropological. Truth be told, I was hoping there would be a crossover one day since Bourdain did some Ju Jitsu. It drops in the fall season. It’s on Netflix. It’s very different from anything else out there about fighters, telling stories through fighters’ eyes.”

Throughout all the episodes, Grillo doesn’t just interview the fighters, he also jumps into the ring and is not afraid of getting his hands dirty. He always ends up learning a skill or two with every culture and every fighting style he comes across. The show makes you see the cultural differences amongst the fighters and how it differentiates them but also focuses on the similar values and the passion that all fighters have inside of them and are built on. It also talks about how the skill has changed the people and their personalities. A lot of fighters come from a  poor background, and they have to fight poverty before they can fight in the ring. That is another aspect that the show has revealed.

The fighters that come from a poverty-stricken background work hard because becoming a fighter would also mean changing their financial status and elevating their families conditions. The series toys around with the idea of what it is like to commit oneself so completely to the art form, to devote your time and efforts to it on a daily basis and to be persistent about it. It is not really everyone’s cup of tea. Fight world is a short but compelling series that captures the nobility and the humility of the skill set. The moral of the series is the same one that is to every story – that hard work, patience, and a complete commitment is the only road to success. To not let any temptations distract you, or any fear obstructs you from your goals, to be stronger than your fear, pain, distraction, and it is only then that will you achieve success. The journey of a fighter or anyone really does not end when success is achieved, and you have to work even harder to keep what you toiled so hard to achieve.

FightWorld Season 2 Release Date: When will it premiere?

FightWorld Season 1 premiered on Netflix on October 12, 2018. The show received some really good reviews and has a score of 83% audience score on Rotten Tomatoes. As there are many more fighting skills unexplored and stories untold, we are sure that the show will return with another season soon but there have been no official announcements yet. If the show does get renewed, we expect FightWorld Season 2 to release sometime in October 2019.

There are no teasers or trailers available for the upcoming season and the renewal is yet to be finalized. You can check out the trailer from season 1 below to see Frank’s journey into the Fight World so far. Stream the series on Netflix.