When Will Final Space Season 3 Premiere on Adult Swim? 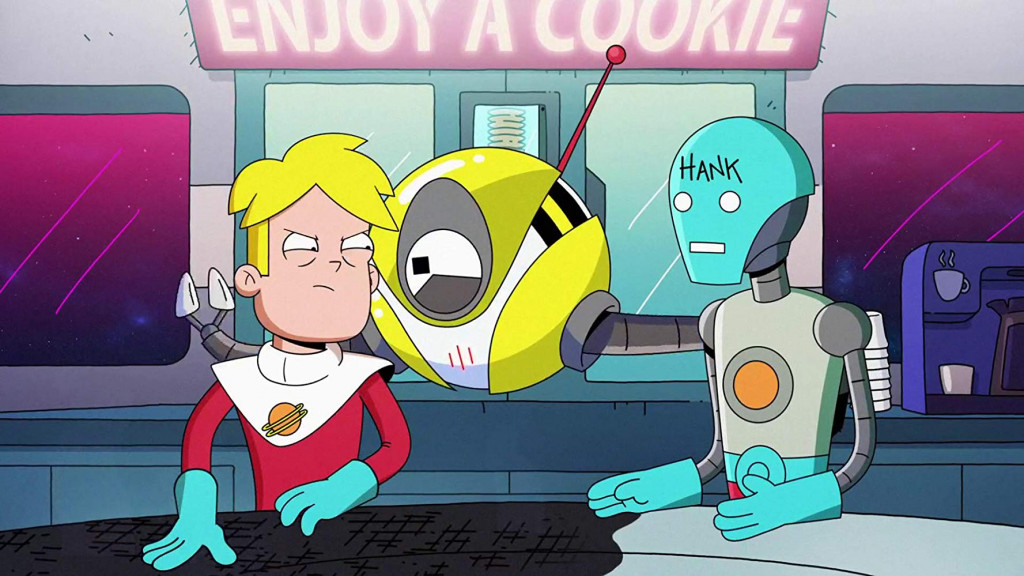 ‘Final Space’ is an American animated space opera comedy and drama series that airs on TBS and Adult Swim. The series first premiered on February 26, 2018. It has been created by internet filmmaker Olan Rogers with David Sacks developing the show. The series is a gripping narration of the adventures by an astronaut Gary and his friend Mooncake, an alien as they try to decipher the secrets of the titular ‘Final Space’ and the various adventures that come in their way in the meanwhile. The show has quickly gained a lot of popularity, which prompted the streaming giants, Netflix, to pick it up and distribute it worldwide. In fact, in some places, it is displayed as a Netflix Original.

Needless to say that the series enjoys a substantial fan base and critics have given mixed reviews of the show, saying that it does have the same potential as shows like ‘BoJack Horseman‘ but misses the humor in some places. Nonetheless, it has some shared aspects with content like ‘Futurama’ and ‘The Hitchhiker’s Guide to the Galaxy’. The critics are of the opinion that the comedy the series boasts of, leans more towards what adolescent boys might find funny, and yet, just from the initial season, they are of the opinion that the show could go on to do great things.

So, now wonder, the series has spanned two remarkably successful seasons to date. Now the question is, will there be a ‘Final Space’ season 3? Let’s find out.

Final Space Cast: Who is in it?

The main cast of ‘Final Space’ includes Olan Rogers who voices Gary Goodspeed, the astronaut; Mooncake, his alien friend; and Tribore Menendez, among other voices. Fred Armisen of ‘Cop Out’ fame voices KVN, a ‘bubbly and much-loathed Deep Space Insanity Avoidance Robot Companion’. Tom Kenny who voices the titular character in ‘SpongeBob SquarePants‘ lends his voice as H.U.E., the computer of the spaceship that is used in the adventures on the show. John DiMaggio of Netflix’s ‘Disenchantment’ voices Turk and Superior Stone, among others.

Ron Perlman who plays the role of Hellboy in Guillermo del Toro’s movies lends his voice as John Goodspeed. Caleb McLaughlin of ‘Stranger Things‘ fame is also present as he voices the part of Young Gary. Most notably, David Tennant, known for his role in ‘Doctor Who’ and playing Killgrave in ‘Jessica Jones‘ appears as the villain here too, as he voices the part of The Lord Commander or Jack.

Hopefully, in the upcoming season, we will see all these talented actors return once again. Perhaps, some new characters might be thrown into the mix as well to ensure that we have the time of our lives on this space adventure.

Final Space Plot: What is it about?

‘Final Space’ is a comedy space series that narrates the adventures of an astronaut and his alien friend. Gary Goodspeed is a flamboyant astronaut, who is sentenced in the spacecraft prison, Galaxy One. Gary is serving his five-year sentence and during this span, he happens to bump into an alien, whom he names Mooncake. He learns that Mooncake is being chased by the army of a powerful Lord Commander, who rules the telekinetic creatures. It appears that Mooncake is the solution to curing the Lord Commander’s mortal illness.

Gary also happens to meet a group of robots who are unflinchingly loyal, the ship’s computer named H.U.E, and an army of shipmates. Gary along with his mates including the alien, Moonwalk, decides to start their quest of saving the universe from evil forces. They also try to unveil the secret of the Final Space, the place where the universe concludes which is considered as a mystery.

Season 2 follows Gary, Hue, Little Cato, KVN, Clarence, Nightfall, Ash, and Fox as they travel across the galaxy in order to find dimensional keys to save Quinn, and perhaps the universe. Finally, the crew is able to recover the dimensional keys and they set off to free Bolo. Season 3 is expected to continue the story from season 2’s finale and chronicle the various adventures of Gary and team as they go further into the depths of space.

While ‘Final Space’ does show a lot of potentials, its approach to humor is more along the lines of hitting it or quitting it. It comes across as more of a freewheeling kids’ show than a series that is expected to delve into mature themes like ‘Rick and Morty‘, another of the shows that airs on Adult Swim. The pacing of the dialogue is thus sped up, to blitz the audience with a flurry of quick comebacks that are funny only for a short while, and if you do not ponder on it too much.

The show’s animation must be praised as well, along with the visuals, which is one of the most engrossing aspects. It has been rightly surmised, “for a spacefaring action-adventure series, the animators’ grasp of scale comes into play quite often, whether it’s one already-massive spaceship being dwarfed by another, much larger vessel, or when one of our heroes runs afoul of a not-so-nice butterfly and almost ends up becoming bug-chow.”

Final Space Season 3 Release Date: When will it premiere?

As far as the next season goes, we have good news for the fans. On November 20, 2019, creator Olan Rogers shared a tweet that said “Writing B3GINS …” — which fans interpreted as a confirmation for season 3. Additionally, Rogers had already revealed previously that he has a total of six seasons in mind, with the plot of season 3 already developed. He stated: “As if it were six solid seasons of ideas. I know we have a solid idea of ​​the third season, but whatever happens with that, I don’t know. Hopefully, it manifests, but I think it’s something like that brand from the sixth season where it would be like that it would be a good endpoint, but if we want to stretch it, we could”.

We don’t have an official update on the release date yet. But if things fall in place, ‘Final Space’ season 3 will most likely premiere sometime in June 2020.

While we wait for the release of ‘Final Space’ Season 3, check out the season 2 trailer to refresh your memories. If you haven’t seen the show yet head over to Adult Swim to catch all the episodes of the previous seasons.